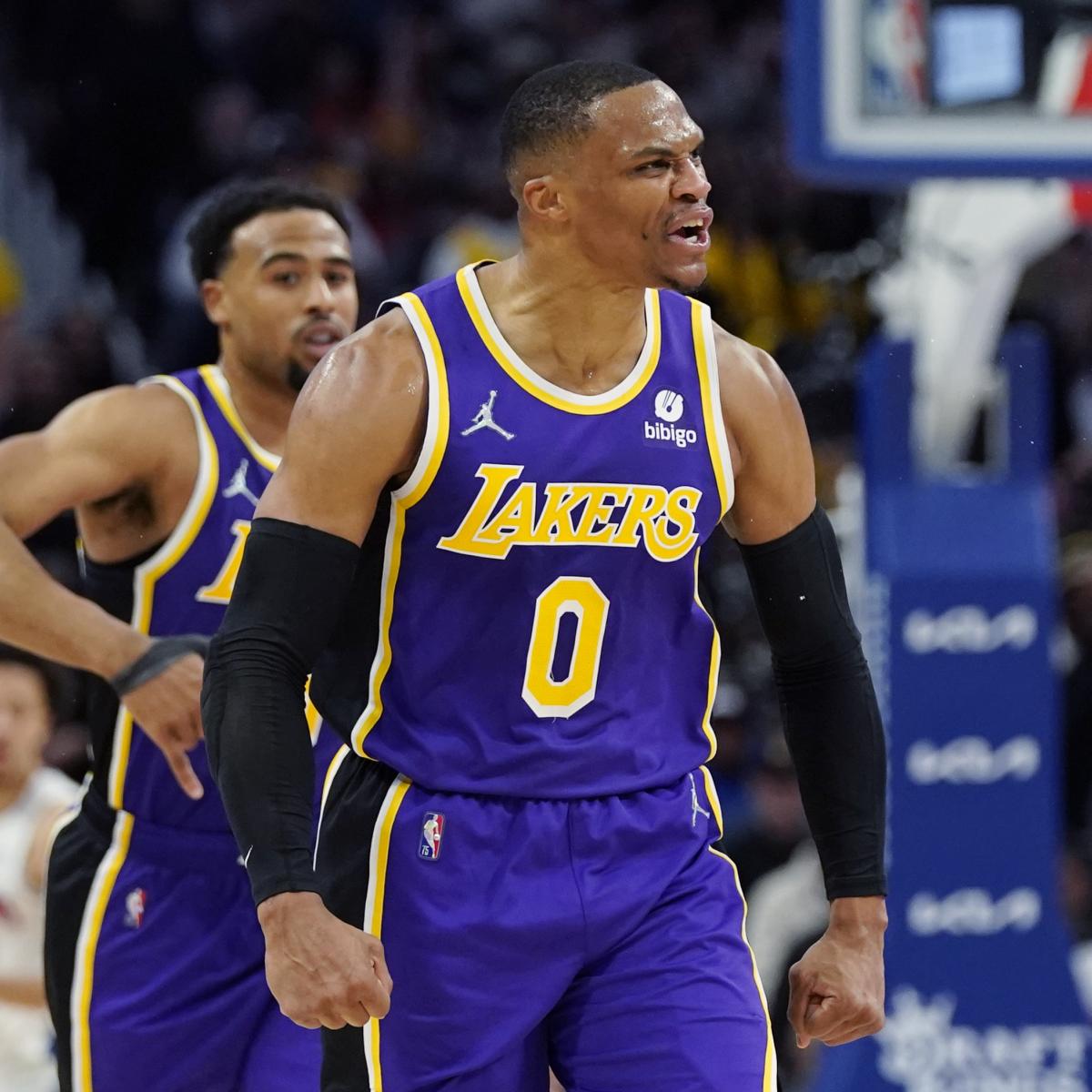 Lakers Players Who Need to Step Up Entering December

The Los Angeles Lakers are just two seasons removed from winning an NBA title and entered the 2021-22 campaign as one of the most popular championship picks.

It’s awfully early to abandon hope for this team, yet it’s hard to buy this club as a contender without seeing significant internal improvements.

If L.A. is going to come anywhere close to the expectations set for this squad, the following three players must step up in a big way sooner than later.

While every modern team needs to maximize spacing, the Lakers have a particularly potent itch for shooting. Anthony Davis doesn’t take many threes, Russell Westbrook attempts more than his percentages say he should and LeBron James is best when he is attacking the rim. The issue only worsens when L.A. sticks an interior player like DeAndre Jordan or Dwight Howard at center.

The need is great enough for the Lakers to give significant minutes to a specialist, which should be Wayne Ellington’s role in this rotation. The veteran has plenty of holes in his game, but his typically elite touch from range helps offset them.

That isn’t happening this season. His 33.9 percent success rate is the second-worst of his career and more than four points behind his career average of 38.1.

If Ellington isn’t hitting shots, he’s not helping this team. History says he should snap out of this funk, but time is of the essence. If the Lakers can’t trust him to convert his looks, they may no longer have playing time available to him.

Talen Horton-Tucker is the embodiment of life coming at you quick.

Two years ago, he was either an afterthought or completely forgotten. Last season, he emerged as an intriguing curiosity with a high ceiling but some growing pains to iron out.

Now, he’s the fourth-highest-paid player on the roster, per Spotrac, and one the Lakers badly need to deliver.

In a best-case scenario, he will become the club’s preferred defensive option to throw at the opposition’s best player and a secondary shot-creator at the other end. In his current form, though, he is struggling to capitalize on his scoring chances (37.2 percent shooting overall, 32.0 from three) and allowing opponents to shoot 5.8 percentage points higher than they do on average, per NBA.com.

The Lakers had several wants in mind when they landed Westbrook this summer, but the primary need was simple: Keep things from collapsing when the 36-year-old James was unavailable.

Westbrook has other tasks, of course, like perking up the transition offense, shouldering some of the playmaking duties and giving this offense another consistent scoring threat. But with James’ absences starting to add up, Westbrook’s primary duty was one of protection.

He’s not providing it. Tuesday’s loss to the New York Knicks was the Lakers’ seventh in the 11 games James has missed. Westbrook actually played one of his better games for the Purple and Gold (31 points, 13 rebounds and 10 assists), but he also committed half of the club’s 12 turnovers. The Lakers drew dead even across his 37 minutes, meaning they couldn’t gain the advantage he’s supposed to provide.

His shooting leaves plenty to be desired, his decision-making can be maddening and he has never been the defender his physical tools say he should be. His off-ball role is almost non-existent, which is a major issue when so much of the offense (rightfully) runs through James. Westbrook has a ton to figure out, and the clock is already ticking on that process.

Denial of responsibility! NewsUpdate is an automatic aggregator around the global media. All the content are available free on Internet. We have just arranged it in one platform for educational purpose only. In each content, the hyperlink to the primary source is specified. All trademarks belong to their rightful owners, all materials to their authors. If you are the owner of the content and do not want us to publish your materials on our website, please contact us by email – [email protected]. The content will be deleted within 24 hours.
best sports newsDecemberEnteringLakersnews update sportsnewsupdatePlayerssports news