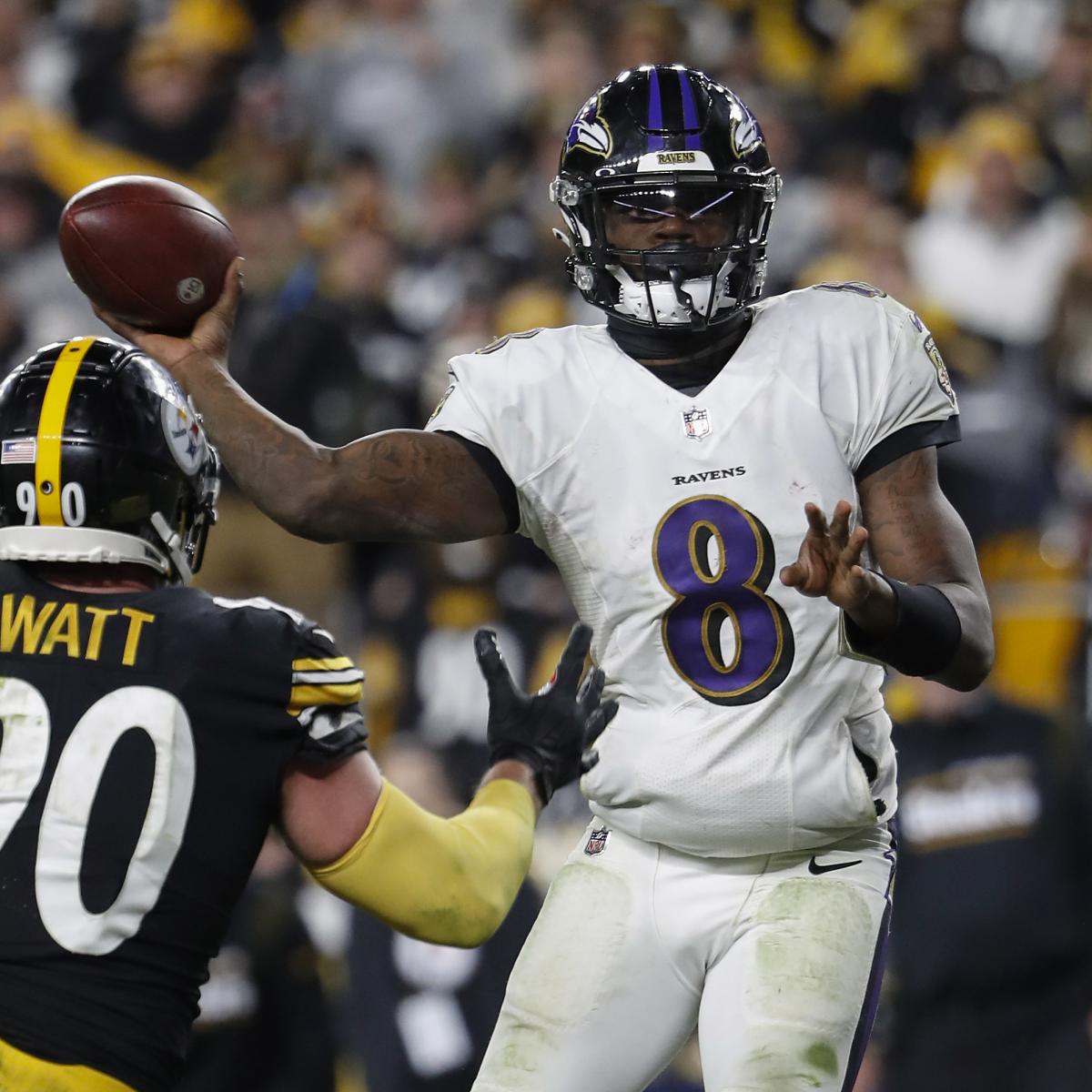 The Baltimore Ravens will be without their starting quarterback as they attempt to sneak into the AFC postseason field on Sunday.

Lamar Jackson was ruled out of the Week 18 clash with the Pittsburgh Steelers due to the ankle injury he suffered last month.

The Ravens need to beat the Pittsburgh Steelers and receive help from the New England Patriots, Las Vegas Raiders and Jacksonville Jaguars to qualify for a wild-card spot.

The Green Bay Packers confirmed their spot on top of the NFC in Week 17, but they still may play some starters with a week off on the horizon.

Running back Aaron Jones, who has dealt with a knee issue this season, is officially listed as questionable for the regular-season finale with the Detroit Lions, per The Athletic’s Matt Schneidman.

Below is a look at other injuries that will affect some of the teams in playoff races in Week 18.

Lamar Jackson Will Not Play in Week 18

Lamar Jackson has not played in an NFL game since Week 14.

Jackson’s ankle injury was ruled too severe to be risked in Baltimore’s regular-season finale versus the Pittsburgh Steelers.

Tyler Huntley will be tasked with leading the Ravens to a victory that might keep them in the mix for a wild-card position.

Baltimore needs to beat the Steelers to eliminate its AFC North foe from postseason contention and remain alive. The Ravens will be eliminated if they lose to Pittsburgh, or if the Indianapolis Colts or Los Angeles Chargers win their respective games.

Huntley has been a more-than-serviceable backup for Jackson over the last few weeks. He relieved Jackson in Week 14 and started in Weeks 15 and 17.

Huntley recorded 682 passing yards and five total touchdowns in that span. He is facing a Pittsburgh defense that gave up four of its seven-highest passing-yard concessions in road games.

The Baltimore backup should be a solid daily fantasy football option for Sunday. He can be stacked with Mark Andrews and one of his wide receivers.

Rashod Bateman earned the most targets on the Baltimore roster in Week 17 with 10. Marquise Brown was targeted on eight occasions and Andrews was thrown to six times.

Baltimore should be one of the favored DFS lineup stacks because it has the motivation to win to get into the playoffs and most of its players should be available at affordable salaries.

Aaron Jones is listed as questionable with a knee injury, but even if he plays, the Packers should have no reason to play him for four quarters.

Packers head coach Matt LaFleur provided some insight into why his team’s starters will play in Week 18, per the team’s official website.

Green Bay will be the No. 1 seed in the NFC and it owns the conference’s lone first-round bye. LaFleur could opt to play the starters in the first half and then hand the reigns of the offense over to Jordan Love and AJ Dillon.

Jones would be a top fantasy play if Sunday was a regular-season game of importance since the Packers are playing the Detroit Lions.

It is easier to stay away from Jones because of his injury status and the potential for Green Bay to rest players in the second half, especially if the contest gets out of hand.

Dillon would be the better Green Bay running back to roster because he could have an increased workload, but it is preferred to look at teams with more to play for.

The Arizona Cardinals, Los Angeles Rams, New Orleans Saints and San Francisco 49ers should be targeted in the NFC, as well as the two teams in the AFC East race and the five remaining contenders in the AFC wild-card race.

Jonathan Taylor and Alvin Kamara would be the best running backs from those teams because they are used so often in their respective offenses.

Denial of responsibility! NewsUpdate is an automatic aggregator around the global media. All the content are available free on Internet. We have just arranged it in one platform for educational purpose only. In each content, the hyperlink to the primary source is specified. All trademarks belong to their rightful owners, all materials to their authors. If you are the owner of the content and do not want us to publish your materials on our website, please contact us by email – [email protected]. The content will be deleted within 24 hours.
Aaronbest sports newsfantasyimpactinjuryJacksonJonesLamar

Ghostwire: Tokyo Has Been Rated in Korea, Hinting an Early 2022 Release Date is Still On