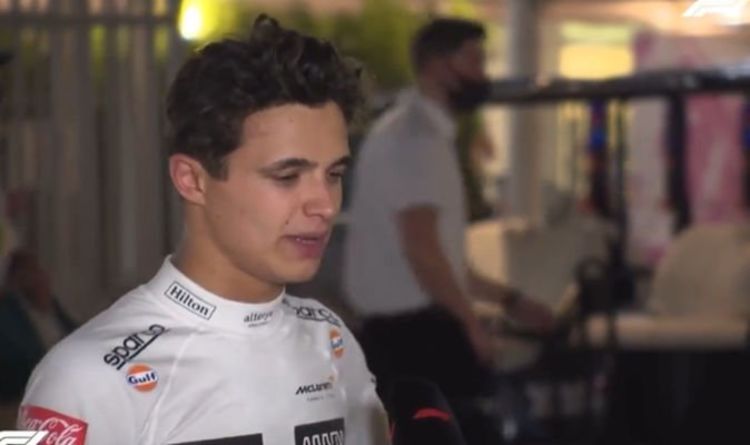 Verstappen, who was on fresher tyres, was given the chance to go wheel to wheel with Hamilton for the title on the final lap after the FIA made a controversial decision.

A safety car was brought out at the backend of the race, which had been led by Hamilton for its entirety, after Nicholas Latifi crashed.

Initially, lapped cars weren’t allowed to overtake but that decision was reversed on the penultimate lap, giving Verstappen the chance to move just behind Hamilton.

The Red Bull driver went on the offensive as Hamilton desperately tried to keep him at bay, and made his move on Turn 5, overtaking his rival right at the death.

Verstappen held out for the chequered flag, leaving Hamilton and Mercedes heartbroken.

McLaren driver Norris, who finished back in seventh, admitted he was uncertain if the correct decision had been made.

Asked about the late drama, Norris said: “I’m not too sure what was said from the FIA.

“At first we weren’t allowed to overtake, as the backmarkers, so if that influenced decisions to Mercedes and to Lewis and that’s the reason they didn’t do their pit-stop…

“But then the FIA suddenly changed their minds and they were allowed to let us past. That’s where I’m not so sure.

Mercedes felt aggrieved by the decision and lodged two official appeals to the FIA after the race.

Team Principal Toto Wolff retreated to his office after the race, having been left furious by the outcome.

It has since been confirmed that Mercedes have made protests in a bid to steal the world title from Verstappen.

The first protest read:”Protest by Mercedes-AMG PETRONAS Formula One Team against Car 33, alleged breach of Article 48.8 of the 2021 FIA Formula One Sporting Regulations.”

The second read: “Protest by Mercedes-AMG Petronas F1 Team against the classification established at the end of the Competition, alleged breach of Article 48.12 of the 2021 FIA Formula One Sporting Regulations.”

Denial of responsibility! NewsUpdate is an automatic aggregator around the global media. All the content are available free on Internet. We have just arranged it in one platform for educational purpose only. In each content, the hyperlink to the primary source is specified. All trademarks belong to their rightful owners, all materials to their authors. If you are the owner of the content and do not want us to publish your materials on our website, please contact us by email – [email protected]. The content will be deleted within 24 hours.
best sports newscontentiousHamiltonLandoLewisMaxnews update sportsnewsupdate

Alibaba Dismisses Employee Who Accused Her Boss of Rape