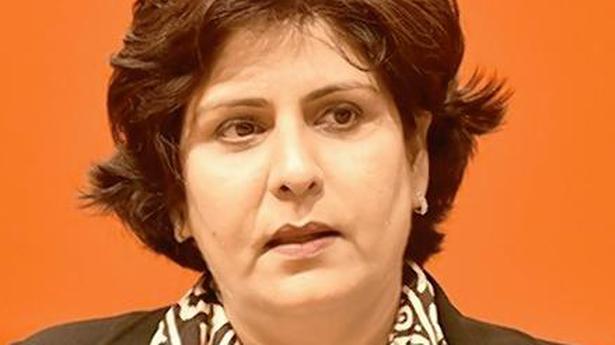 Paralympic Committee of India (PCI) president Deepa Malik has said it was the athletes who had forced organisers to conduct some events of the National Para Athletics Championship at night, under the light of of mobile phone torches, at the Sree Kanteerava Stadium here on Wednesday.

On the sidelines of the championship — a crucial Paralympics qualification event — a defiant Deepa said the light from the mobile phone torches had been “sufficient”.

“Many athletes compete in both track and field events, which makes scheduling a challenge. Last night, we gave the athletes the option of redoing their events, but the athletes forced us to hold the events at night.

“Those who were not comfortable with the light last night were given the option of doing their events today afternoon.

“ Also, the athletes in last night’s events were not in the visually-impaired category. They were actually in the least disabled category. They are adults who made a choice to compete. I don’t think the light was insufficient,” Deepa said on Thursday.

Deepa stated that since many tournament officials did not show up, there were delays that forced organisers to hold some events at night. “We were not prepared for such delays,” she said.

Deepa also dismissed concerns raised by the Sports Authority of India (SAI) regarding COVID-19 Standard Operating Procedures like physical distancing not being followed at the championship.

“There are hardly 50 people here, and it is an open area. In an open area, even political rallies are allowed. The rules are different for open venues,” Deepa said.

Denial of responsibility! NewsUpdate is an automatic aggregator around the global media. All the content are available free on Internet. We have just arranged it in one platform for educational purpose only. In each content, the hyperlink to the primary source is specified. All trademarks belong to their rightful owners, all materials to their authors. If you are the owner of the content and do not want us to publish your materials on our website, please contact us by email – [email protected]. The content will be deleted within 24 hours.
athletesAthleticsbest sports newsDeepaDeepa MalikEventsinsistencelate

Smartphones have led to the ‘death of proximity’