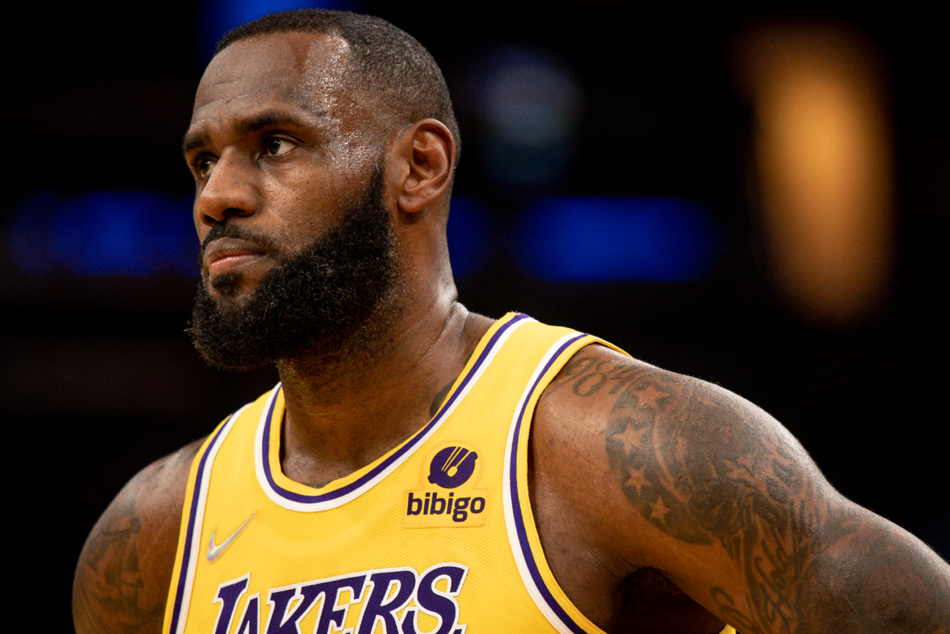 James returned from an abdominal strain after eight games out but was unable to lift the Lakers who went down 130-108 to the Boston Celtics.

After 17 games in an 82-game season, the Lakers have an 8-9 record, having lost their past three games and seven of their past 10.

“We damn straight need to play better, no matter who’s in the line-up,” James said at a post-game news conference. “We have our system and we need to fast-track it and get better with it.

“It’s never that we’ve got 65 games and we can figure it out. There’s no level of panic but there should be some sense of urgency every time we hit the floor.”

Lakers head coach Frank Vogel said offensively his side needs to “get committed to playing as a team” while he labelled their rebounding (51-33) against the Celtics as “atrocious”.

Russell Westbrook was among a host of new players added during the offseason at the Lakers and James said it was taking time for the side to develop cohesion.

The four-time NBA MVP also said patience was required having only just returned, along with starting forward Talen Horton-Tucker.

“As we continue to log more minutes, I continue to see where we’re great at and not so good at,” James said. “Things that we can improve on.

“Like I said, it’s my first game in two and a half weeks. I believe it’s Talen third or fourth game back. We’re trying to figure out rotations and who to play when.”

The Kid >The King pic.twitter.com/xYSyFiIGae

The Lakers led by eight points at quarter time and held the most slender advantage at the main break, before a 33-21 third quarter.

Vogel added: “We did not have a good third. We were stuck in mud. [But] it’s about the whole game more than the third quarter.

“Our group has got to strike the balance of how we’re going to play offensively. That’s going to take some time. We have to get committed to playing as a team offensively.

“When we do, like we saw in the first quarter, it looks beautiful. You see the potential of what we can be.”

James added that recovery from his first game back would be key to his short-term future as he rebuilds following his abdominal strain. The 36-year-old forward finished with 23 points and six rebounds on his return.

“Physically I felt okay. I know I can trust my body and play,” he said. “I’m looking forward to seeing how I feel when I wake up. That’s the tell-tale sign if I’m moving in the right direction with my injury.”

Denial of responsibility! NewsUpdate is an automatic aggregator around the global media. All the content are available free on Internet. We have just arranged it in one platform for educational purpose only. In each content, the hyperlink to the primary source is specified. All trademarks belong to their rightful owners, all materials to their authors. If you are the owner of the content and do not want us to publish your materials on our website, please contact us by email – [email protected]. The content will be deleted within 24 hours.
best sports newsCallsDefeatLakersLeBronnews update sportsnewsupdatereturn