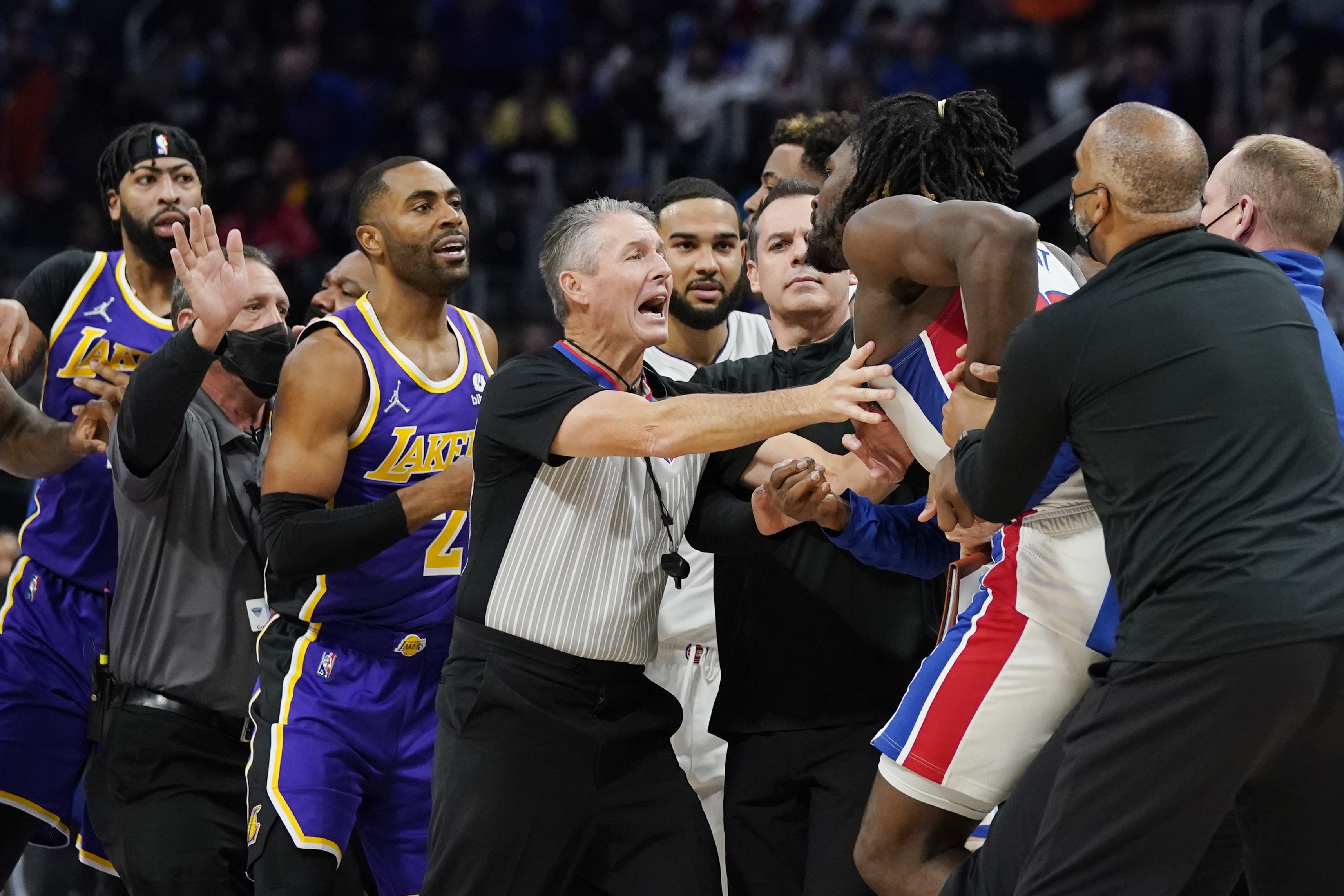 Sunday’s 121-116 victory over the Detroit Pistons came at a cost for LeBron James and the Los Angeles Lakers.

The Lakers star was suspended one game for his actions that led to a scuffle with Pistons big man Isaiah Stewart. Stewart, who had to be held back multiple times because he was so upset with James, was also punished and was suspended two games.

Tim Bontemps of ESPN shared the NBA’s announcement that said James was punished for “recklessly hitting Stewart in the face and initiating an on-court altercation.”

The NBA says Isaiah Stewart has been suspended for two games and LeBron James for one for yesterday’s incident. <a href=”https://t.co/R8yNEyKcDW”>pic.twitter.com/R8yNEyKcDW</a>

LeBron and Isaiah Stewart get into it 😳<br><br>Wow. <a href=”https://t.co/VJFntCo6cY”>pic.twitter.com/VJFntCo6cY</a>

The incident started in the third quarter when James struck Stewart while batting for a rebound. The blow bloodied the second-year player, who then charged at James during the ensuing scuffle.

Officials reviewed the play and issued James a flagrant-2 foul and automatic ejection. Stewart was given two technical fouls and ejected, while Russell Westbrook was assessed a technical foul.

James did not address the media after the game, but Anthony Davis told reporters, “Everyone in the league knows LeBron is not a dirty guy.”

Davis explained that James was looking to apologize when he realized he hit Stewart in the way he did, but the Pistons big man ended up charging at him.

James had only been ejected one time in his career prior to the incident with Stewart. He was kicked out of a November 2017 game as a member of the Cleveland Cavaliers for yelling at an official when he wasn’t granted a foul when driving the lane against the Miami Heat.

James had 10 points, five assists and one rebound before he was ejected against the Pistons, while Stewart finished with four points, one rebound and one assist.

Los Angeles came storming back from a double-digit deficit without James and outscored the Pistons 37-17 in the fourth quarter.

Westbrook finished with 26 points, 10 assists, nine rebounds and two steals, while Davis was the best player on the floor for extended stretches and tallied 30 points, 10 rebounds, six assists, five blocks and four steals in a dominant performance.

Denial of responsibility! NewsUpdate is an automatic aggregator around the global media. All the content are available free on Internet. We have just arranged it in one platform for educational purpose only. In each content, the hyperlink to the primary source is specified. All trademarks belong to their rightful owners, all materials to their authors. If you are the owner of the content and do not want us to publish your materials on our website, please contact us by email – [email protected]. The content will be deleted within 24 hours.
altercationbest sports newsIsaiahJamesLakersPistonsLeBronnews update sportsnewsupdate

Where chess reigned as a spectator sport