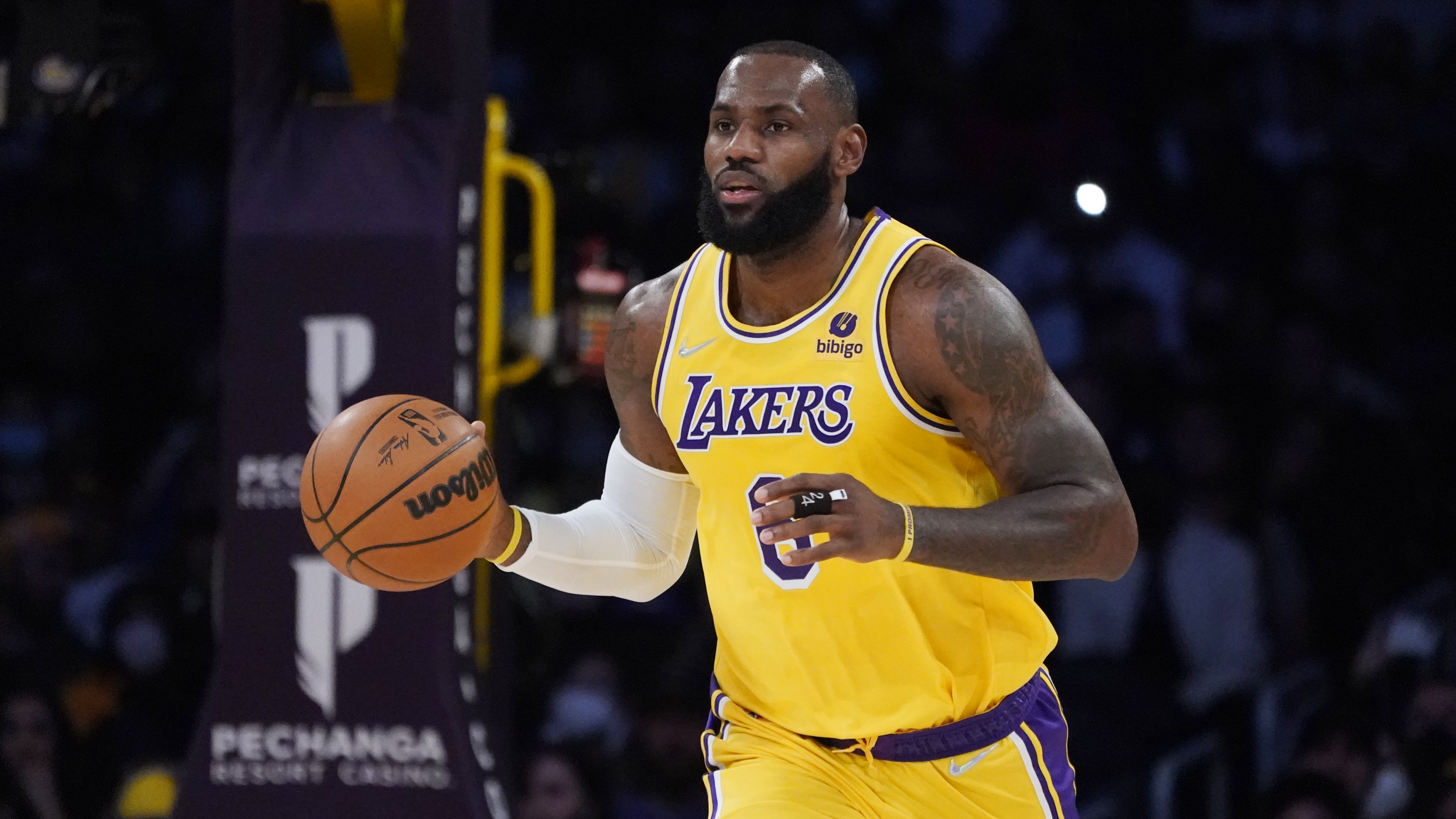 LeBron James Upgraded to Questionable for Lakers’ Game vs. Celtics amid Injury Rehab

Los Angeles Lakers superstar LeBron
James has been upgraded to questionable for Friday’s matchup with the Boston Celtics as he looks to return from an abdominal strain, per Bill Oram of The Athletic.

James, a four-time NBA MVP, has been
hampered by injuries during the early stages of the 2021-22 campaign.
He’s missed time with both a sprained ankle and an abdominal strain
after being limited to 45 appearances last season because of groin
and ankle injuries.

The 36-year-old forward has been his
typically productive self when healthy, averaging 24.8 points, 7.0
assists, 5.5 rebounds and 2.3 steals across six appearances this
season.

Carmelo Anthony typically receives the
biggest uptick in playing time when James is sidelined, especially
when the Lakers are leaning on small-ball looks. Kent Bazemore, Wayne
Ellington and Malik Monk are options for more minutes on the wing in
traditional lineups if James is unable to play on Friday.

The Lakers have the talent to contend
for another NBA championship if all of their key pieces are healthy
come playoff time. Injuries derailed their title defense last year,
however, and it’s possible that could happen again if James can’t put
his recent injury woes behind him.

Denial of responsibility! NewsUpdate is an automatic aggregator around the global media. All the content are available free on Internet. We have just arranged it in one platform for educational purpose only. In each content, the hyperlink to the primary source is specified. All trademarks belong to their rightful owners, all materials to their authors. If you are the owner of the content and do not want us to publish your materials on our website, please contact us by email – [email protected]. The content will be deleted within 24 hours.
best sports newsCelticsGameinjuryJamesLakersLeBronnews update sports

Bob Bradley is out as LAFC coach after four seasons

How Iran Tried to Undermine the 2020 US Presidential Election