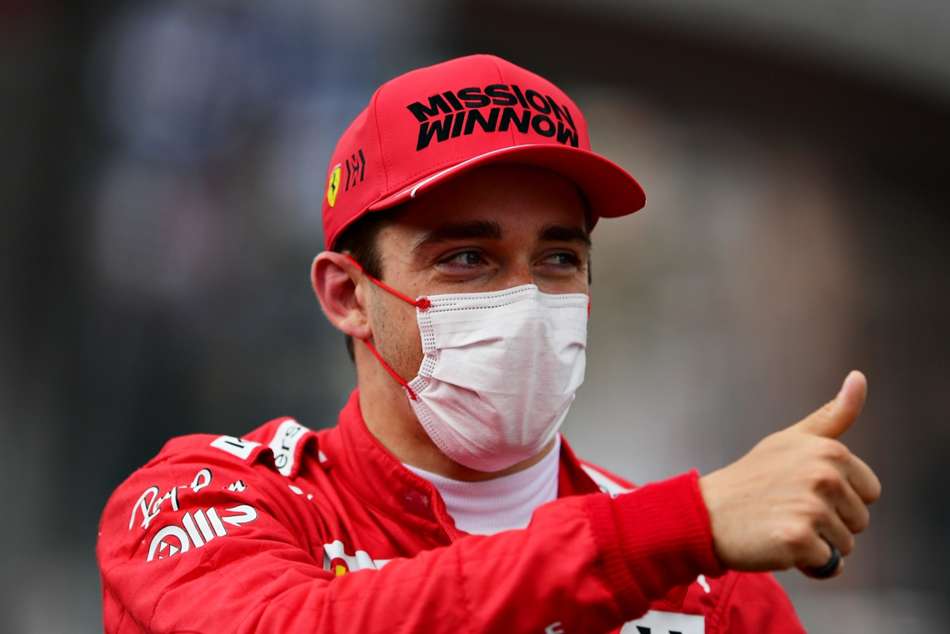 Leclerc took pole for the Monaco Grand Prix in dramatic circumstances earlier in the day when he crashed while top of the timesheets.

The crash forced qualifying to be halted early. Leclerc flicked off one barrier and went hurtling into another just as his rivals – including second-placed Max Verstappen and Valtteri Bottas in third – seemed ready to mount a challenge in the closing moments of the session.

Leclerc admitted he was worried the impact and the damage to his car may mean its gearbox required replacing, which would see him given a grid penalty.

However, tests conducted by Ferrari found no “serious damage” to the gearbox, though further checks will be carried out on Sunday to ensure it is useable.

This update came after the post-qualifying news conference, in which Leclerc said: “I have mixed feelings a little bit, because with the crash I don’t know where I’m starting tomorrow yet. It depends on the damage on the car.”

It was the first time Leclerc had made it to Q3 on his home circuit.

“Well, it didn’t feel great to go Q3, as at least we were expecting to go through to Q3,” he said.

“It would have been a big disappointment if I was not going into Q3, 2019 was a hard one to take as we definitely had the potential to be up there but we couldn’t finalise it after the mistake we have done in Q1. Hopefully we will end up this weekend on a high, which never happened at home.”

UPDATE: An initial inspection of the gearbox in @Charles_Leclerc’s car has not revealed any serious damage. Further checks will be carried out tomorrow, to decide if the same gearbox can be used in the race.#MonacoGP

Meanwhile, two weeks after securing a 100th pole position of his Formula One career, championship leader Lewis Hamilton had to settle for seventh on the grid.

“[The car] didn’t feel too bad on Thursday, and then we made some changes and it felt pretty terrible today, so of course we go back to the drawing board,” Hamilton said.

“I think from my point I just had such a lack of grip out there, which then leads you to overdrive and start trying to get more from it to no end – it doesn’t improve.

“Today was a question of tyres, the tyres were just not working. I was sliding around. I’ve not spoken to the engineers just yet. Valtteri did a better job at the end of the day.”

“It’s always important to score a lot of points, but of course you need to be ahead of your main rivals as much as you can,” said the Red Bull driver.

“So today was good – but of course we need to finish that off tomorrow.”

Denial of responsibility! NewsUpdate is an automatic aggregator around the global media. All the content are available free on Internet. We have just arranged it in one platform for educational purpose only. In each content, the hyperlink to the primary source is specified. All trademarks belong to their rightful owners, all materials to their authors. If you are the owner of the content and do not want us to publish your materials on our website, please contact us by email – [email protected]. The content will be deleted within 24 hours.
aheadbest sports newscleareasefearsFerrarigearboxGrand

Saturn has a fuzzy core, spread over more than half the planet’s diameter