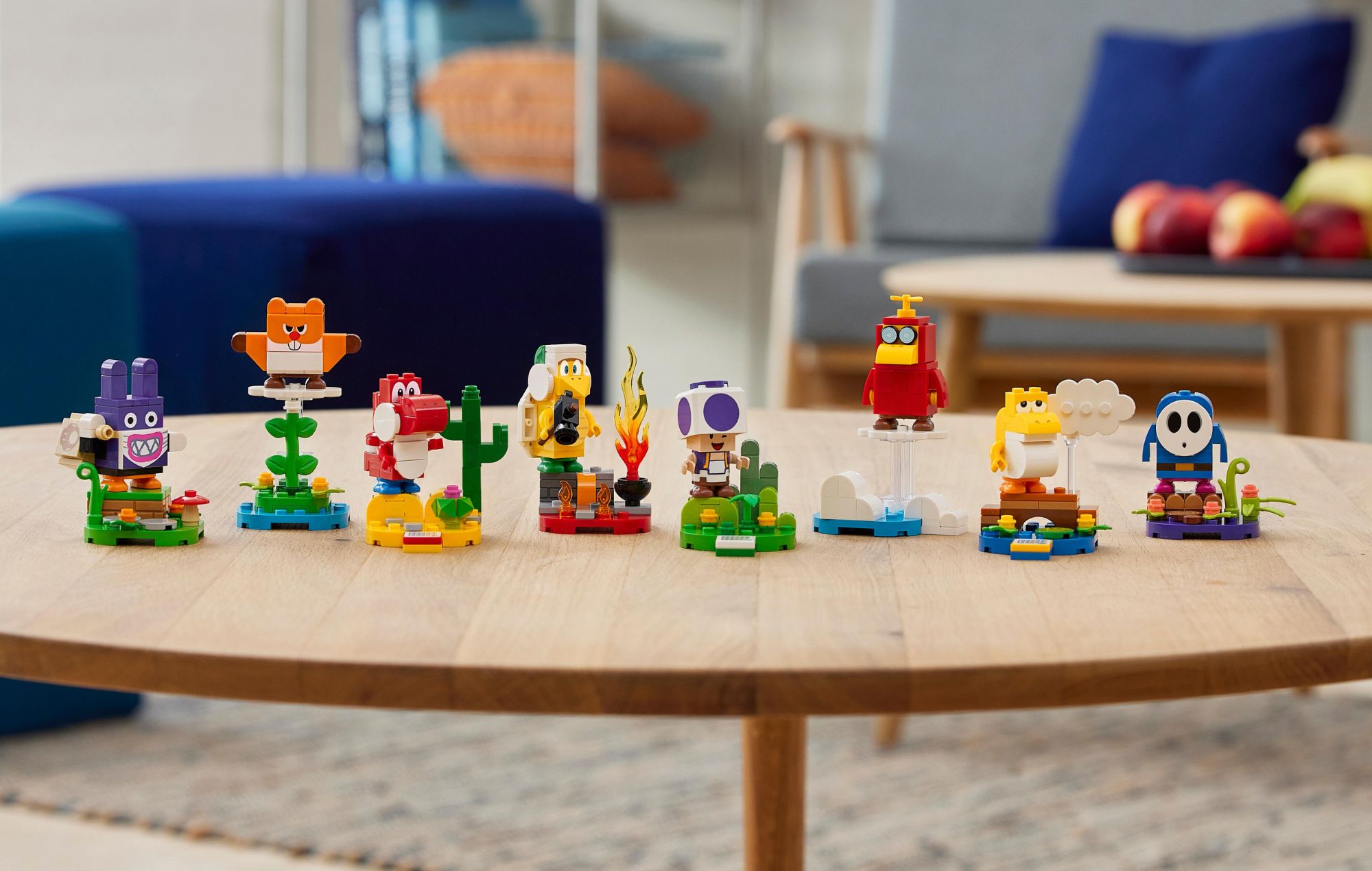 At this year’s Lego Con it was announced that eight new character packs would be coming to the Lego Super Mario range this August.

2022’s Lego Con took place on June 18 and had a host of announcements, including sets for Doctor Strange, Avatar and Minecraft as well as build challenges and a preview of the Ninjago TV show finale, but one of the most exciting announcements for fans was the arrival of eight new characters to the Lego Super Mario universe.

During a feature where the two hosts, Alice and Didier, gave themselves 90 seconds to find all of the new characters available amongst a sea of standard Lego bricks, it was revealed that the Blue Shy Guy, Red Yoshi, Purple Toad, Waddlewing, Nabbit, Hammer Bro, Toady and Baby Yoshi would be coming to the Nintendo Lego series in the form of the Series 5 Character Packs.

Just announced at #LEGOCON, the latest #LEGO Super Mario Character Packs are on the way! Get playing with Nabbit, a Hammer Bro, Baby Yoshi and more!

Each pack will contain a mystery buildable character with Action Tag, and a small build to use as a display stand. The new additions to the Super Mario Lego characters are intended to be used with a Starter Course set, which is required for interactivity.

The Lego Super Mario universe is expanding rapidly, and these new characters join the interactive figures of Mario, Peach and more who offer a dual play experience by working together to move, flip and jump in-sync to earn digital coins.

Lego has also released a Super Mario app to take play to the next level, offering an outlet to share builds and get inspiration from other fans of the series.

Nintendo and Lego also recently worked together to release a replica Nintendo Entertainment System with over 2600 pieces. The retro games console has been a popular release via Lego, and shows Mario in-flight on the old school television screen.

In other news, an Elden Ring player has turned her harp into a controller and beaten Margit the Fell Omen.

Denial of responsibility! NewsUpdate is an automatic aggregator around the global media. All the content are available free on Internet. We have just arranged it in one platform for educational purpose only. In each content, the hyperlink to the primary source is specified. All trademarks belong to their rightful owners, all materials to their authors. If you are the owner of the content and do not want us to publish your materials on our website, please contact us by email – [email protected]. The content will be deleted within 24 hours.
best games newsCharactergame updategames newsLegoMarionews update gamesnewsupdate