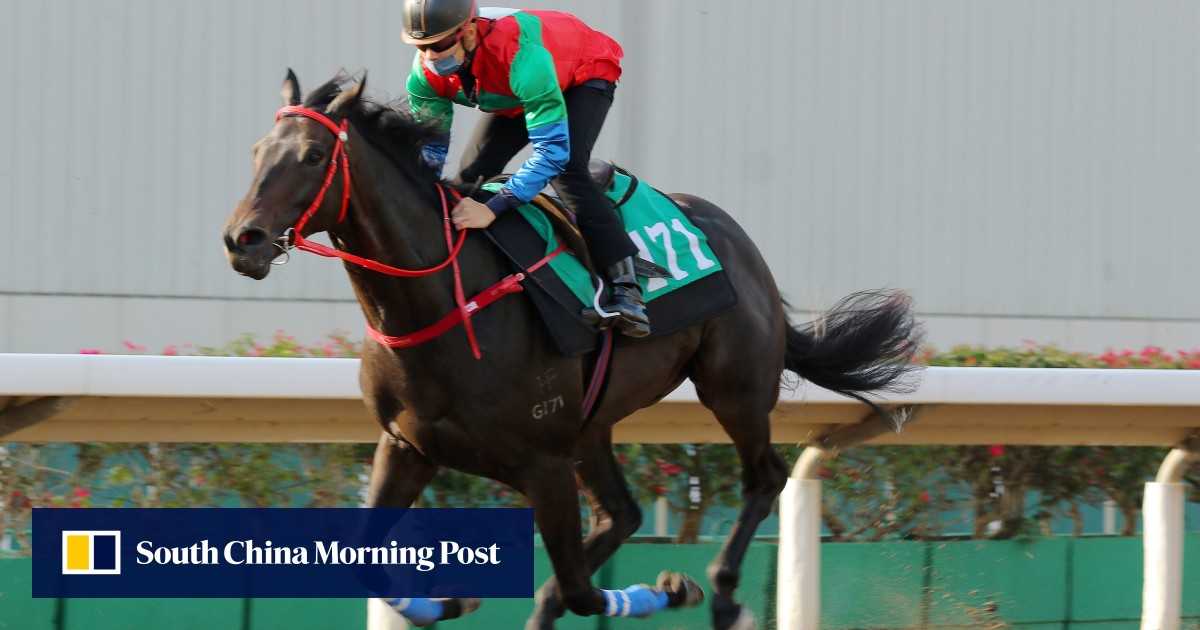 Three of the first four home in this year’s Hong Kong Derby have gone on to produce career bests at Group level on their next starts, and then there’s Money Catcher.

After finishing third behind Romantic Warrior and California Spangle, and one place in front of impressive Queen Mother Memorial Cup winner Senor Toba in the race everyone wants to win, Money Catcher is the only horse to disappoint after hitting the Derby frame.

Sent off a $2.4 favourite for the Class Two Chater Handicap (1,800m) at the start of last month, Frankie Lor Fu-chuen’s runner travelled well into the race and looked the most likely winner turning into the straight but proved one-paced and was beaten three-quarters of a length into third.

That run was Money Catcher’s first at Happy Valley and his regular partner Derek Leung Ka-chun feels that his mount was unsuited by the track.

“Last time, it was his first go at Happy Valley and he got a bit lost,” Leung said. “He sat in second, he was on the bridle and he just lost focus, otherwise he would have finished stronger.”

Money Catcher returns to Sha Tin on Wednesday night but he makes yet another switch, this time swapping turf for the all-weather track, and Leung is confident that the four-year-old can cope well with the change of surface in the Class Two Yuen Long Handicap (1,650m).

“He’s been running against the top four-year-old horses and he ran very well in the Derby,” Leung said.

Leung, who with 28 winners this season is closing in on his record tally of 39 victories achieved last term, has no concerns over the track conditions for Money Catcher but he does harbour doubts over the distance, with his mount considered to be at his best over further.

“The 1,650m might be a little short for him so we’re putting [cheek pieces] on as we think that will help him,” Leung said.

Money Catcher may be making his first start on the all-weather on Wednesday but Apache Pass is well on the way to being considered a Hong Kong dirt specialist and Leung will again get the chance to partner him in the Class Three Tin Shui Wai Handicap (1,650m).

Leung was on board for the second of Apache Pass’ course-and-distance victories this season and Paul O’Sullivan’s five-year-old hasn’t missed a place in his past four all-weather starts from 1,650m to 1,800m.

Apache Pass tends to be ridden prominently in his races and finished runner-up to So We Joy – who he takes on again – in his last start, but Leung is hopeful of reversing the form with Michael Chang Chun-wai’s runner.

“He’s in good form and is very consistent on the all-weather,” Leung said. “I’d hope to be handy, the trip is suitable for him and if he can keep his performance, he should run well.”

Denial of responsibility! NewsUpdate is an automatic aggregator around the global media. All the content are available free on Internet. We have just arranged it in one platform for educational purpose only. In each content, the hyperlink to the primary source is specified. All trademarks belong to their rightful owners, all materials to their authors. If you are the owner of the content and do not want us to publish your materials on our website, please contact us by email – [email protected]. The content will be deleted within 24 hours.
best sports newscatcherconfidentDerbyDerek Leung confident Hong Kong Derby placegetter Money Catcher will handle Sha Tin dirtDirthandleLeung