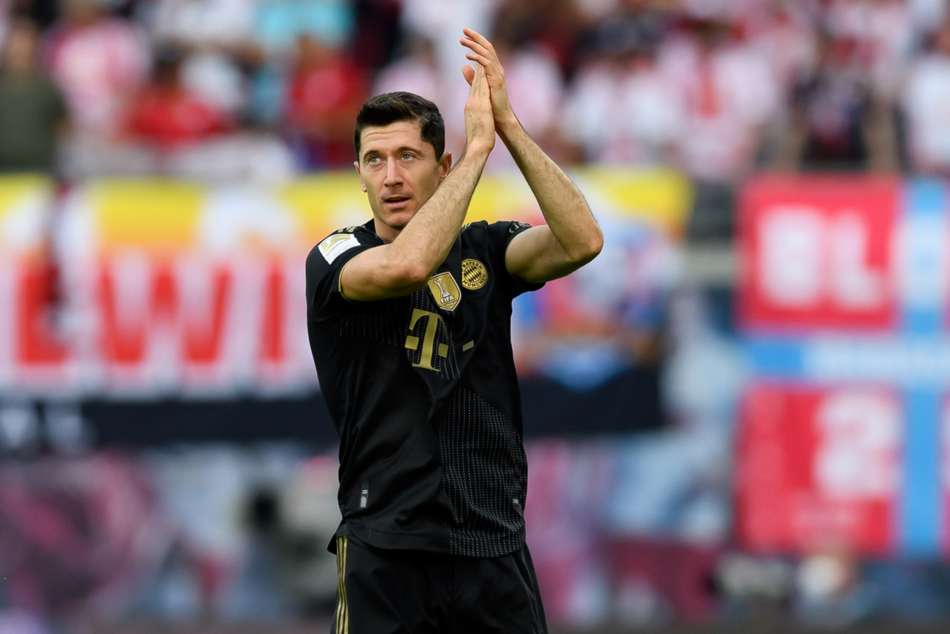 The coach was given a frosty reception at the start, with fans annoyed that he took several members of the coaching staff and Marcel Sabitzer to Bayern despite promising not to raid his former club.

Leipzig’s social media team stoked the tension by poking fun at Nagelsmann and the situation before the game, posting a mocked-up image of Nagelsmann driving a car with his coaching staff, Sabitzer and Dayot Upamecano – who agreed a deal with Bayern before his boss arrived – present as passengers. “Remember, it’s the away dressing room for you this time, guys,” read the caption.

Remember, it’s the away dressing room for you this time, guys 😬

Nagelsmann had the last laugh as Bayern comprehensively left with all three points – Lewandowski’s early penalty was added to by a Jamal Musiala volley, Leroy Sane’s tap-in and a late Eric Maxim Choupo-Moting strike.

Musiala was ultimately the key man with a goal and an assist, but he was only on the pitch due to an injury suffered by Gnabry late in the first half, and Nagelsmann could not be sure he will be fit to face Barcelona in Tuesday’s Champions League opener.

“With Serge there is something in his back, maybe lumbago [lower-back pain],” he told Sky. “I can’t make a prognosis for Tuesday just yet.

“He’s already being treated by the medical staff and we’ll have to see how he’s doing tomorrow and what extent things are to know if he’ll be back to work by Tuesday.”

Lewandowski was also withdrawn later in the game once Nagelsmann was confident the contest was over.

It seems he too was struggling with an injury, though Nagelsmann was less concerned about the prolific striker’s condition, adamant they planned to give him a bit of a rest towards the end anyway.

“It’s like that with Lewy, he’s had a few problems in the adductor area,” Nagelsmann added.

“I don’t think that’s anything structural, at least the doctor told me that. It was just a precautionary measure.

“When it was quickly 3-0, we decided to switch him earlier so that he would just stay fit and healthy.”

Denial of responsibility! NewsUpdate is an automatic aggregator around the global media. All the content are available free on Internet. We have just arranged it in one platform for educational purpose only. In each content, the hyperlink to the primary source is specified. All trademarks belong to their rightful owners, all materials to their authors. If you are the owner of the content and do not want us to publish your materials on our website, please contact us by email – [email protected]. The content will be deleted within 24 hours.
Loading...
barcelonabest sports newsdoubtfulGnabryLewandowskiNagelsmannnews update sportsnewsupdate