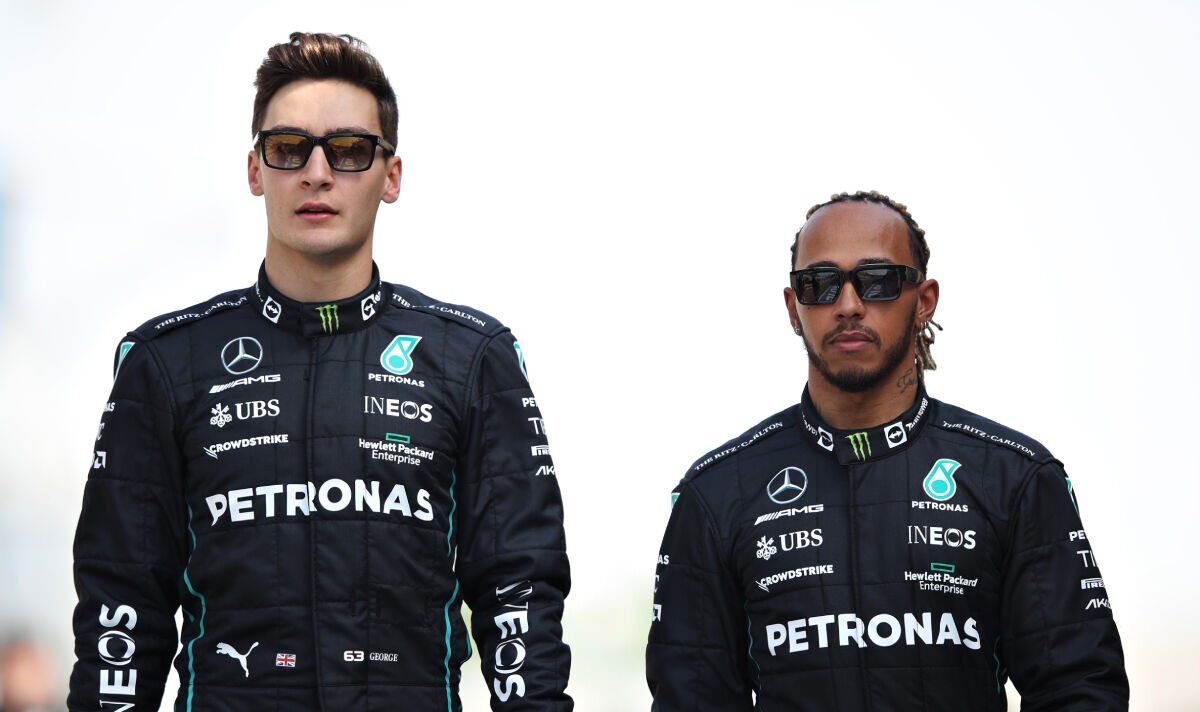 Lewis Hamilton and George Russell could have to go the rest of the 2022 season without significant upgrades after the Spanish Grand Prix, as reports predict that Mercedes will have virtually reached the end of their development budget by Barcelona. The news will worry Silver Arrows fans as their drivers have struggled to keep up with the Ferraris and Red Bulls this season as porpoising and other performance issues wreak havoc.

Teams are able to keep a close eye on what their rivals are spending during the season, and have fairly accurate means to work out where they stand in relation to the development budget. Motorsport estimate that budget to be around the £8million mark.

Ferrari team principal Mattia Binotto has recently gone public with his hunch that Red Bull have already splashed out 75 per cent of their budget on developments, which made a clear impact last time out in Miami. The Italian added that it is ‘Ferrari’s turn’ when they next take to the track in Catalonia.

While Red Bull could be vulnerable to a Prancing Horse surge, Mercedes could be in an even worse position.

The report claims that the Silver Arrows have spent even more of their mid-season development budget than Red Bull have. That would leave them in a worrying predicament, with another round of upgrades before the Spanish Grand Prix likely to be their last ‘significant’ ones before the end of the season.

Mercedes did show signs of improvement in Miami, where George Russell took fifth spot and a frustrated Lewis Hamilton crossed the line one back in P6 due to some misfortune. The former in particular demonstrated the necessary pace to work through the pack after dropping down to P15 on lap one, which will be encouraging going forward.

But the gap to the grid leaders could widen if others have more spending power in the tank. Binotto has hinted that Ferrari still have plenty of room to introduce upgrades, starting in Spain after Max Verstappen’s Red Bull blitzed Charles Leclerc last time out.

If they weren’t already, Mercedes’ prospects of extending their imperious streak of Constructors’ Championships could soon be out the window. Big pressure will be on those behind the scenes in Brackley to make sure that the next, and potentially final, round of significant mid-season performance upgrades make a big impact.

For now, the race for team honours seems destined to be decided by a Ferrari and Red Bull scrap. “I have always said that we would have to wait five races to assess the competitiveness of the cars,” added Binotto. “Now five GPs have been disputed and we are leading the two world championships, so we must not be disappointed, but it is true that Red Bull has improved its car by introducing updates.

“If I look at the last two races, they have recovered about two-tenths of a second compared to us. And to keep up we will have to introduce updates. There is also a budget cap and at some point Red Bull will have to stop developing. In the next races, however, it will be our turn to update the car.”

Denial of responsibility! NewsUpdate is an automatic aggregator around the global media. All the content are available free on Internet. We have just arranged it in one platform for educational purpose only. In each content, the hyperlink to the primary source is specified. All trademarks belong to their rightful owners, all materials to their authors. If you are the owner of the content and do not want us to publish your materials on our website, please contact us by email – [email protected]. The content will be deleted within 24 hours.
best sports newsfaceGeorgeHamiltonLewisnews update sportsnewsupdateRest

India vs South Africa: Jaded Virat Kohli in all likelihood to be rested for T20 home series | Cricket News – Times of India