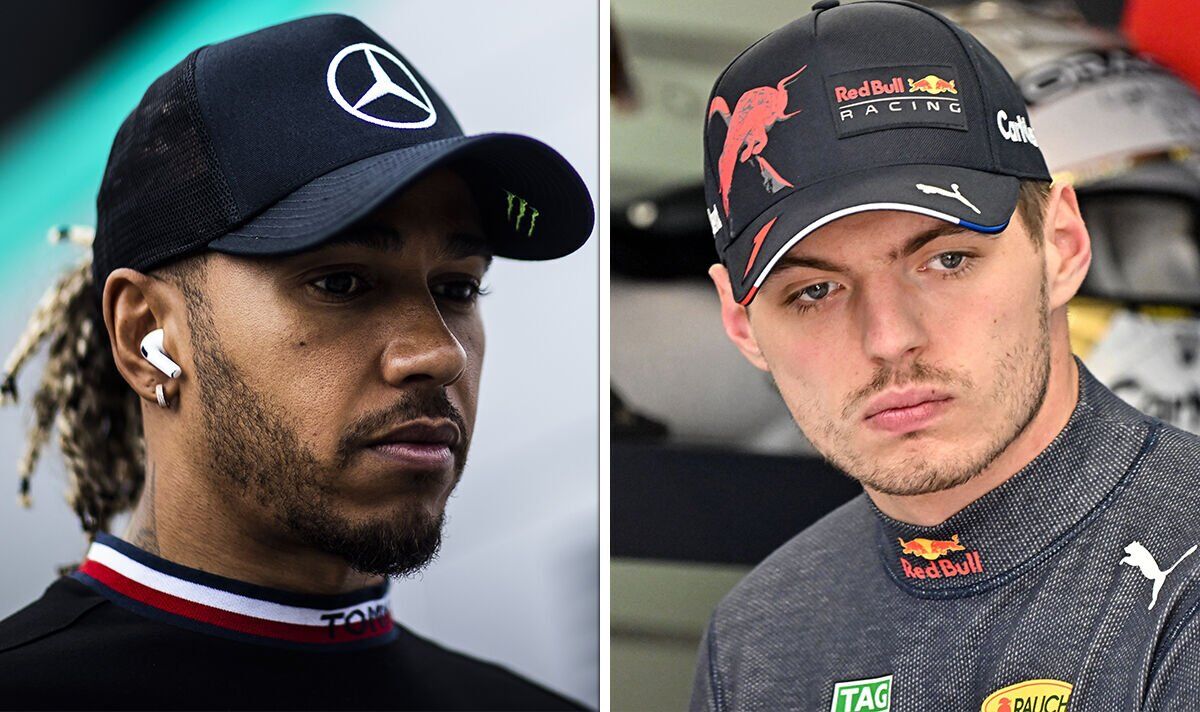 Lewis Hamilton and Max Verstappen are edging closer to strict grid penalties when the F1 season resumes at the end of the month. Hamilton has used up his yearly supply of vital power unit parts while Verstappen is also close to breaching his limit.

Going over the threshold will see drivers issued massive grid penalties or be forced to start at the back of the field in a blow to their race weekend. Mercedes fitted Hamilton with his third new turbocharger and MGU-H unit at the French Grand Prix.

However, the seven-time champion has already had two previous parts this year meaning he is now onto his final one. This means if Hamilton switches this crucial part again this season he will likely be hit with a penalty.

Meanwhile, Verstappen picked up a new internal combustion engine (ICE), turbocharger, MGU-H and MGU-K ahead of the Hungarian Grand Prix. Red Bull fitted the parts after a nightmare qualifying session in which the reigning champion lost power moments before his final run.

The changes mean the Dutchman has now used up all of his free power unit parts this season and will face a penalty for any further breaches.

READ MORE: Lewis Hamilton may cost Mercedes over £8,000 due to penalty

Charles Leclerc and Carlos Sainz have already exceeded their allowance after Ferrari has suffered a range of mechanical failures. Leclerc took his penalty at the Canadian Grand Prix which restricted him to a fifth-place finish in Montreal.

Sainz was also forced to start the French Grand Prix from the back of the field after taking on new parts but almost clawed his way back through the field for a podium. Verstappen’s Red Bull team-mate Sergio Perez has also used up all three of his ICE units, MGU-H, MGU-K and turbocharger components.

Other drivers one engine change away from receiving a penalty include Lando Norris, Esteban Ocon, Pierre Gasly, Zhou Guanyu and Mick Schumacher. Meanwhile, Hamilton’s team-mate George Russell has some extra leeway with only two units changed so far this season.

It means the former Williams star can change parts without incurring a penalty one more time in the next nine races. Drivers are issued a 10-place grid penalty the first time an additional engine component is used on their car.

This is reduced to a five-place grid penalty if the same part is replaced again. However, if a drivers’ combined penalty exceeds 15 grid places they will be forced to start at the back of the field.

Denial of responsibility! NewsUpdate is an automatic aggregator around the global media. All the content are available free on Internet. We have just arranged it in one platform for educational purpose only. In each content, the hyperlink to the primary source is specified. All trademarks belong to their rightful owners, all materials to their authors. If you are the owner of the content and do not want us to publish your materials on our website, please contact us by email – [email protected]. The content will be deleted within 24 hours.
best sports newsClosegridHamiltonLewisMajorMaxnews update sports

If Kuldeep Yadav performs consistently, he can be in India’s squad for ODI World Cup: Maninder Singh | Cricket News – Times of India