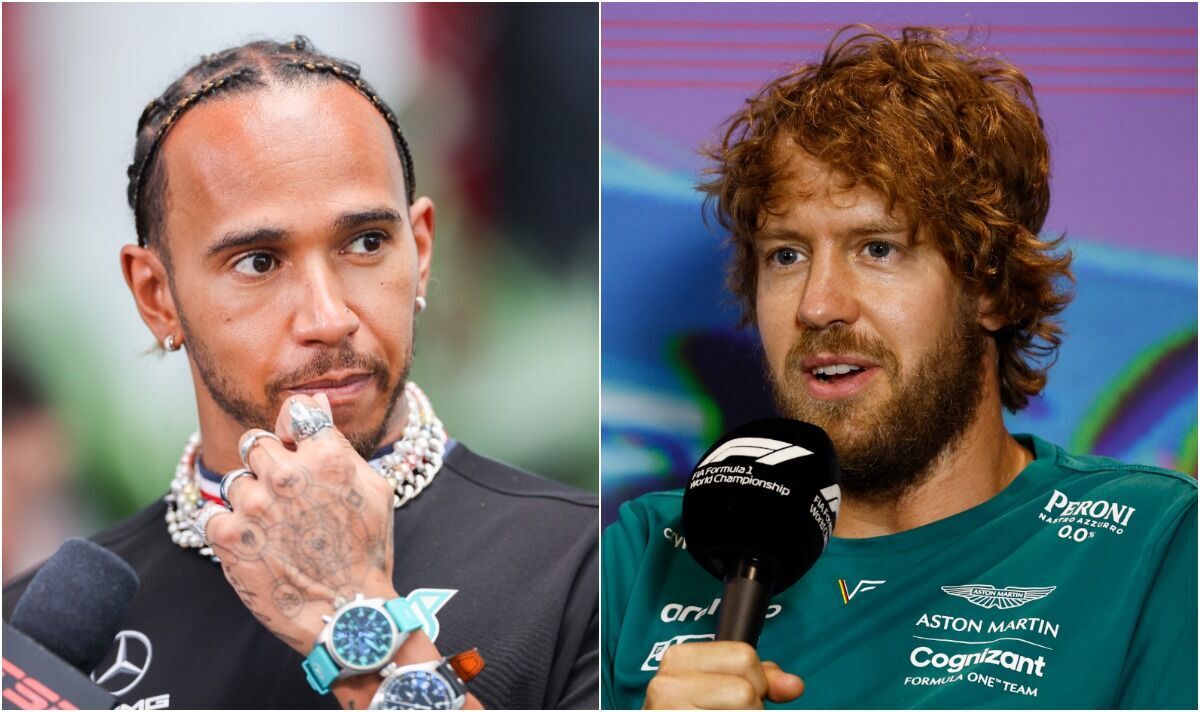 Lewis Hamilton and Sebastian Vettel, who hold 11 F1 world titles between them, have been branded ‘childish’ by Ralf Schumacher for their actions over the Miami Grand Prix race weekend. The pair made sure their points were heard regarding rule changes on jewellery and underwear.

New rules state that drivers must wear long underwear and fire resistant clothing that meet FIA standards, while body piercings and metal neck chains are prohibited during competition. Hamilton made his feelings clear by wearing two watches and enough bling to sink a small ship at a recent press conference, while Vettel comedically wore boxers on top of his overalls in front of TV cameras.

Schumacher, who amassed six Grand Prix wins during a decade-long F1 career, has hit out at the duo over how they have handled the divisive issue.

“They should be committed to safety,” he told Sky Germany. “Especially after Romain Grosjean’s accident, the drivers should know better. The FIA is absolutely right – the young guys in Formula 4 and 3 should see that the F1 drivers stick to the rules. When the most experienced people like Vettel and Hamilton mock the FIA, I think it’s childish.”

Hamilton even threatened to boycott the Miami Grand Prix, despite talking of his excitement and nerves in the lead-up to the event. FIA race director Niels Wittich, meanwhile, intends to enforce the jewellery ban with trackside checks.

“We have a spare driver, so we’re ready and prepped for the weekend,” said the seven-time world champion. “There’s lots going on in the city anyway, so I’ll be good either way. I’ve been in the sport for 16 years, I’ve been wearing jewellery for 16 years. In the car only I only ever have my earrings on and my nose ring, which I can’t even remove.”

The FIA have offered Hamilton a two-year exemption for piercings that he claims cannot be immediately removed.

Vettel, meanwhile, claimed that the changes were ‘targeted towards Lewis’ before adding that he is ‘old enough to make his own decisions on and off the track’. Schumacher clearly sees the situation from a different angle and believes in the importance of setting an example to the sport’s young whippersnappers.

Hamilton and Vettel have both endured tough starts to the season as the former battles with porpoising issues and the latter has just one finish in four races. Indeed, the four-time champ missed the first two weekends with Covid before failing to finish in Australia, but he came home with a respectable P8 last time out in Emilia-Romagna.

As drivers continue to get to grips with the unfamiliar track, Vettel posted the 14th-fastest time in Friday’s FP1 and FP2. Hamilton, meanwhile, was outshone by team-mate George Russell in both sessions as the 37-year-old failed to crack the top three.

Max Verstappen and Charles Leclerc are likely to provide most of the fireworks in Miami’s inaugural Grand Prix. The pair have two wins apiece this year, and will fight to put their name in the history books as the event’s first ever winner.

Denial of responsibility! NewsUpdate is an automatic aggregator around the global media. All the content are available free on Internet. We have just arranged it in one platform for educational purpose only. In each content, the hyperlink to the primary source is specified. All trademarks belong to their rightful owners, all materials to their authors. If you are the owner of the content and do not want us to publish your materials on our website, please contact us by email – [email protected]. The content will be deleted within 24 hours.
actionsbest sports newsbrandedchildishHamiltonLewisMiaminews update sports