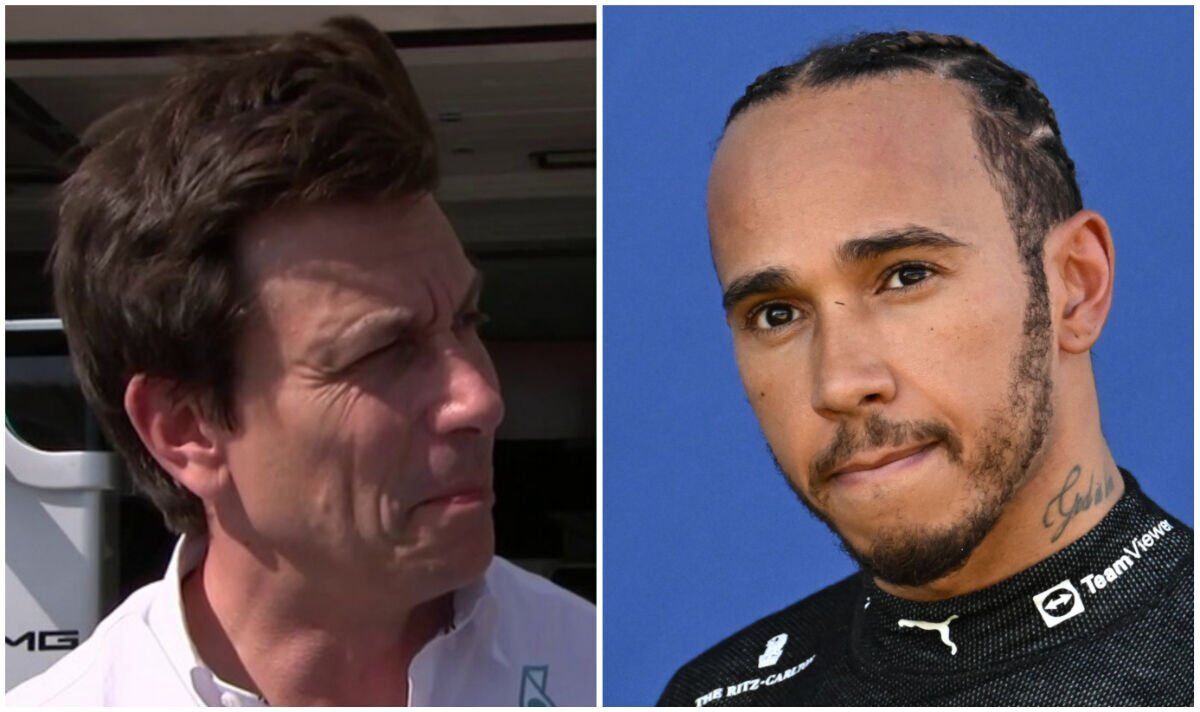 Mercedes chief Toto Wolff has admitted that despite Lewis Hamilton finishing fourth in qualifying at the French Grand Prix, the team’s performance was “not good enough”. Hamilton finished two places ahead of his team-mate George Russell and will be on the second row for Sunday’s race, but there were still concerns over the car’s speed.

Charles Leclerc took pole, followed by Red Bulls Max Verstappen and Sergio Perez as Wolff admitted that he was not impressed with his team’s laps. “I think that we knew that once we got the new tyres on and that we are driving the car in anger a little bit that we’re going to be there as a third force,” Wolff told Sky Sports F1. “Like we’ve been all season, but it’s just not good enough.

“You can see that when you’re a little bit on the back foot and you’re expectations are on a certain level for the race weekend, and it doesn’t come together, a kind of freestyling starts. With us, it was mainly experimenting with rear wing levels and also tyre temperatures, but at the end, the overall package is just not quick enough and we can see that.”

Hamilton’s team-mate Russell will start from sixth on Sunday, and admitted that the team are behind where they hoped to be after bringing upgrades to Paul Ricard. “As a team, we are probably a bit further away from what we hoped and probably expected,” Russell said. “Especially after yesterday. I made a mistake on my last lap. Not the end of the world, I think the gap is more concerning than the finishing order.”

READ MORE: Leclerc told reason why he ‘has edge’ over Verstappen at French GP

Rosberg praised Hamilton for his race, despite being unable to push Ferrari and Red Bull. “Lewis is driving unbelievably out there,” Rosberg told Sky Sports F1.

“He’s got a really healthy margin over George all the time, which hasn’t been usual over the last couple of races. Real respect to Lewis at the moment.

“What he [Hamilton] can do, is he can try and beat Perez. It’s going to be very hard and he needs to do an ultra-special lap, but that’s the small opportunity he has and that would put him on the second row of the grid then.”

Denial of responsibility! NewsUpdate is an automatic aggregator around the global media. All the content are available free on Internet. We have just arranged it in one platform for educational purpose only. In each content, the hyperlink to the primary source is specified. All trademarks belong to their rightful owners, all materials to their authors. If you are the owner of the content and do not want us to publish your materials on our website, please contact us by email – [email protected]. The content will be deleted within 24 hours.
angerbest sports newsconcernsdrivingExplainsFrenchHamiltonLewis