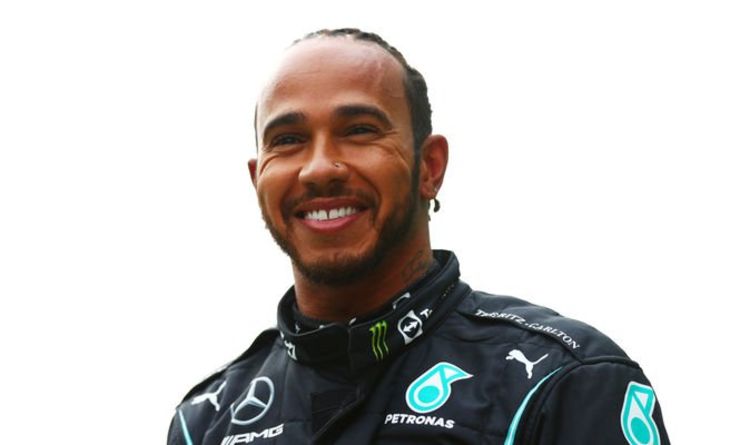 Lewis Hamilton is under immense pressure to charge through the field in Sunday’s Turkish Grand Prix – although the Brit is confident about his chances of getting on the podium.

Hamilton has taken a 10-place grid penalty after Mercedes fitted him with a fourth internal combustion engine of the season, one more than is permitted.

He is only two points ahead of Max Verstappen in the race to win his eighth F1 Driver’s Championship, and with the penalty it is likely Verstappen will overtake him with just six races remaining in the calendar.

But in a bid to remain in the title race, Hamilton remains confident of victory in Istanbul.

“Well, I was third already at Turn 1 last year, so that made a bit of a difference,” Hamilton said to Sky Sports F1.

“So my eyes are still solely set on winning the race. It will be very hard from 11th but not impossible.

“I don’t know what the weather will do tomorrow also, so I’ll just stay on my toes and make sure we deliver maximum attack tomorrow.”

Hamilton will be up against it, although fellow British driver Lando Norris has predicted Hamilton will overtake him very early on in the race – despite starting four places ahead of him.

The 21-year-old has made five podiums in his time in F1, but believes Hamilton will surpass him within three laps.

And the Stevenage-born driver remains modest but upbeat about his chances as he looks to limit the damage done by his penalty.

“I have no clue, we will see – I’ll just take it one step at a time tomorrow,” said Hamilton.

“It’s a long race and so if I can be higher up early on then great, but I’ve got to stay out of trouble of course and that will be probably my priority initially.

“And then see if it’s possible to pick them off one by one.”

The race starts at 1pm UK time, with Valtteri Bottas fronting the grid with a qualifying time of 1:22.998.

Hamilton beat his time when he went fastest on Saturday, but will start in eleventh as a result of his penalty.

Denial of responsibility! NewsUpdate is an automatic aggregator around the global media. All the content are available free on Internet. We have just arranged it in one platform for educational purpose only. In each content, the hyperlink to the primary source is specified. All trademarks belong to their rightful owners, all materials to their authors. If you are the owner of the content and do not want us to publish your materials on our website, please contact us by email – [email protected]. The content will be deleted within 24 hours.
best sports newsfiresHamiltonLewisMansMaxMercedesnews update sports

‘Hard decisions have to be taken,’ IOA president Batra

Aaron Rodgers Flipped Off By Multiple Bears Fans Before…