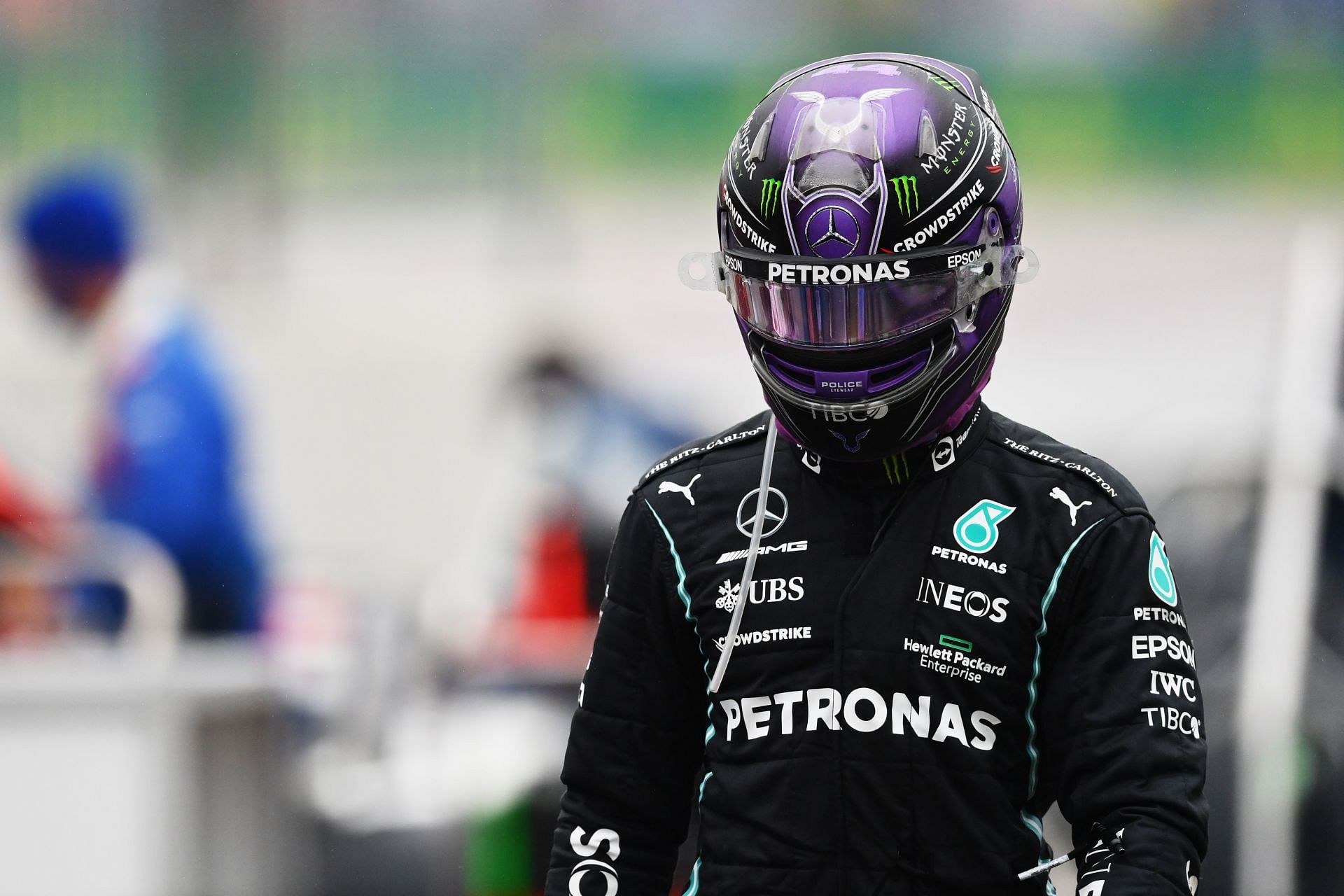 Lewis Hamilton has not enjoyed one of his typically dominant seasons in 2021. There have been a few mistakes here and there which could eventually come back to haunt him later in the season.

So far, however, he has more often than not got away with it, at least according to former F1 driver David Coulthard.

“A remarkable amount of little incidents, he gets away with them. Whether it was running into the gravel at Imola, touching the barrier and being able to reverse out and various others, hitting the pit wall in Russia most recently where there was minimal damage to the car. That is the remarkable thing, you don’t see him drop the ball massively. Lots of little incidents, but it shows he’s under pressure.”

Trying to make sense of the errors, Mark Webber felt that Lewis Hamilton was carrying the team a bit more this year. He felt that contributed to an increasing number of errors on the Brit’s part.

“I think also, is he carrying the team more than ever at the moment. Valtteri we know is on his way out. I think he’s known that the writing has been on the wall there for a while, so that side of the garage has got a little bit lethargic. And Lewis is in this phenomenal fight with Max. He went straight ahead at Baku on the restart, he pulled up on the grid in Budapest on his own, no one else, everyone else got inters he was on the slicks. So that for me was very un-Lewis characteristically in terms of how he has done some of those errors.”

James Allison is back for the #TurkishGP debrief, and it’s a 20-minute episode! 👊 He talks through the big questions from the weekend, including Lewis’ grid penalty and what the optimal strategy was in those tricky conditions 👀

James Allison is back for the #TurkishGP debrief, and it’s a 20-minute episode! 👊 He talks through the big questions from the weekend, including Lewis’ grid penalty and what the optimal strategy was in those tricky conditions 👀

Today we won our 100th race! Words can’t describe how it feels to make history with this team of hardworking, driven and passionate human beings. We must keep fighting, keep rising. We’ve got a championship to win #LH100

Today we won our 100th race! Words can’t describe how it feels to make history with this team of hardworking, driven and passionate human beings. We must keep fighting, keep rising. We’ve got a championship to win #LH100 https://t.co/e2oQHVAVDi

No doubt Lewis Hamilton has to consider himself quite lucky to even be within striking distance of Max Verstappen so far into the 2021 title battle. The number of errors that he has made and the number of times he has gotten away with them is remarkable.

The trip to the gravel at Imola could easily have been a DNF. Similarly, the clash with Verstappen at the British Grand Prix could have resulted in a swift retirement for Hamilton instead of Verstappen, as it were.

There have been multiple such incidents sprinkled throughout his season. They could have turned out much worse for Hamilton, but somehow he has been able to keep himself in contention.

Is it a sign of the seven-time champion caving in to the pressure of facing someone capable of fighting at his level? Or is it a sign of age catching up? We don’t know the answer to that but it has certainly made the 2021 F1 season one of the best in recent years.

Denial of responsibility! NewsUpdate is an automatic aggregator around the global media. All the content are available free on Internet. We have just arranged it in one platform for educational purpose only. In each content, the hyperlink to the primary source is specified. All trademarks belong to their rightful owners, all materials to their authors. If you are the owner of the content and do not want us to publish your materials on our website, please contact us by email – [email protected]. The content will be deleted within 24 hours.
best sports newsCoulthardDavidErrorsfeelsFormula 1HamiltonLewis

Amazon just slashed prices on Echo, Fire TV and more and it’s not even Black Friday