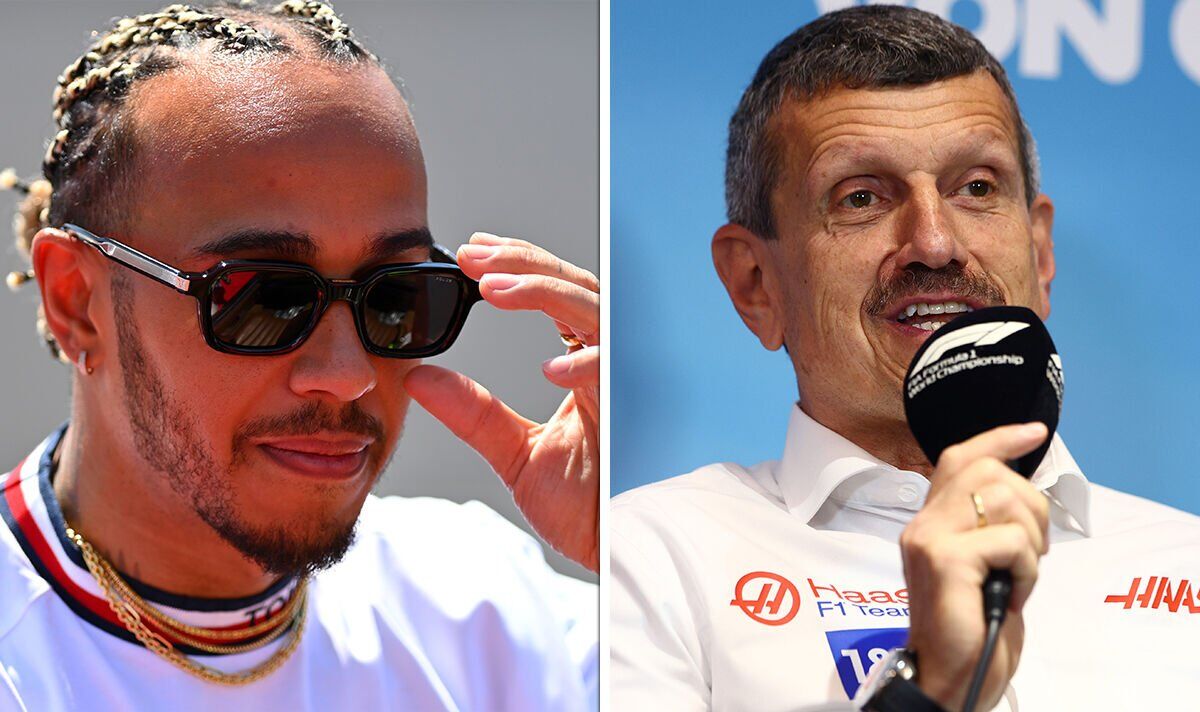 Lewis Hamilton will stay in F1 amid rumours he could retire from the sport, according to Haas team principal Guenther Steiner. Hamilton has been unable to challenge for wins this season as Mercedes struggles for pace against the Red Bulls and Ferraris.

The Briton was also unable to match the pace of new team-mate George Russell during the opening stages of the season, raising concerns from pundits that Hamilton could soon call it a day. But, Steiner claims Hamilton’s personality suggests he will not be tempted to leave the sport yet.

Speaking exclusively to Express Sport, he said: “No I think he will continue. You’re not a seven-time champion because you’re a quitter. So I think he keeps on going. There is a point for all of us when you have to take a step back in a career like a race car driver.

“But I think at the moment he wants to show he is still the best. I think he is doing a good job. When he is challenged you get the best out of him. So I think Lewis stays around for quite a while still.”

Hamilton has recovered in recent races to close the deficit to Russell in the standings. He has also picked up four successive podium finishes including his best result of the year with second place in France.

Ahead of the race at Paul Ricard, Mercedes team principal Toto Wolff admitted the team had spoken to Hamilton about his F1 future. Hamilton’s current deal comes to an end after the 2023 season meaning next year could be his last in the sport.

But, Wolff suggested a partnership between the Silver Arrows and Hamilton could continue for another 100 races after the seven-time champion celebrated his 300th start.

Wolff added: “We talked a few weeks ago about how long a partnership can go and the figure discussed was about five to 10 years, so I think we can go to 400 [races]. Someone said you have to win the eighth [world title], so why not 10?”

Hamilton responded to the comments and claimed he was still enjoying life in F1. He explained: “I firstly just want to be grateful to get to this point. I’m still fresh and still feel I’ve got plenty of fuel left in the tank.

“Of course, I want to get back to winning ways and that’s going to take time. I’m sure we’ll sit down at some stage and talk about the future. I’m enjoying what I’m doing, and feel really proud working with this incredible group of people. I’m also enjoying working with the sport more than ever.”

However, Hamilton has previously claimed he would not be competing in F1 past the age of 40 meaning a new long-term deal could be off the cards.

Denial of responsibility! NewsUpdate is an automatic aggregator around the global media. All the content are available free on Internet. We have just arranged it in one platform for educational purpose only. In each content, the hyperlink to the primary source is specified. All trademarks belong to their rightful owners, all materials to their authors. If you are the owner of the content and do not want us to publish your materials on our website, please contact us by email – [email protected]. The content will be deleted within 24 hours.
best sports newsBossexclusiveGuentherHaasHamiltonLewisnews update sports

Disney and Marvel to host their first games showcase next…