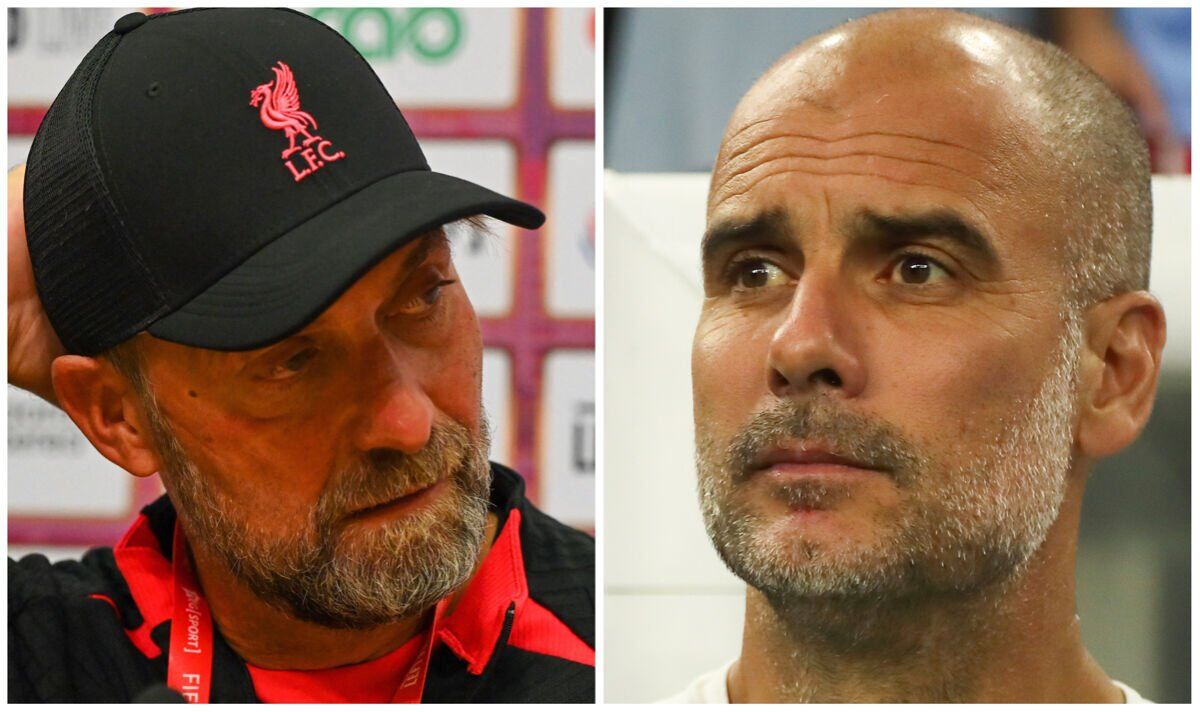 Though many considered Erling Haaland’s transfer to Manchester City as a major disadvantage to Liverpool, former Reds striker Rickie Lambert interpreted it as quite the opposite. The ex-England international asserted that City’s transition into a side containing a “big centre-forward” could initially hand Liverpool a head-start in next season’s title race. However, in signing a player of a similar ilk in Darwin Nunez, Jurgen Klopp’s side may also experience such speculative struggles themselves.

“I think the way City play, I’m not too sure a big centre-forward will be good for them,” Lambert admitted to talkSPORT back in April. “It might take them a while to get used to a new way of playing with them. I think it might disrupt them a little bit.

“If one of these teams gets ahead early doors next season, it’s very hard these days for the other team to catch them. So, I think it could be a little advantage [for Liverpool].”

Lambert’s comments were made long before Liverpool would lose Sadio Mane to Bayern Munich and find themselves forced to reshuffle their forward line this summer. In the Senegalese striker’s stead, the Reds recruited highly-rated Uruguayan hitman Nunez from Benfica, in a deal which could potentially rise as high as a club-record £85million.

JUST IN: What Liverpool target Matheus Nunes has been told by manager as Sporting Lisbon name price

Though the 22-year-old has, albeit indirectly, been brought in as Mane’s replacement, the pair are very different players. The agile and adaptable Mane has made way for a sizeable centre-forward in Nunez.

There can be no denying Nunez’s quality and the general consensus is that he will succeed at Anfield in the long-term, but the early signs suggest the striker will need time to adapt. The former Benfica forward has looked rusty in pre-season – in both training and in matches – and patience has already been called for by his new team-mates and his new manager.

Klopp has already jumped to the defence of the club’s new No.27 while both Trent Alexander-Arnold and Fabinho have publicly admitted it may take time for the forward to adapt to his new team – not to mention the demands of English football. Having signed a player of a similar mould to City this summer, it seems Lambert’s “advantage” claims have been eradicated.

Denial of responsibility! NewsUpdate is an automatic aggregator around the global media. All the content are available free on Internet. We have just arranged it in one platform for educational purpose only. In each content, the hyperlink to the primary source is specified. All trademarks belong to their rightful owners, all materials to their authors. If you are the owner of the content and do not want us to publish your materials on our website, please contact us by email – [email protected]. The content will be deleted within 24 hours.
advantagebest sports newsCityfallingfearfoulLiverpoolMan

ATP cancels 2022 tennis tournaments in China due to COVID restrictions