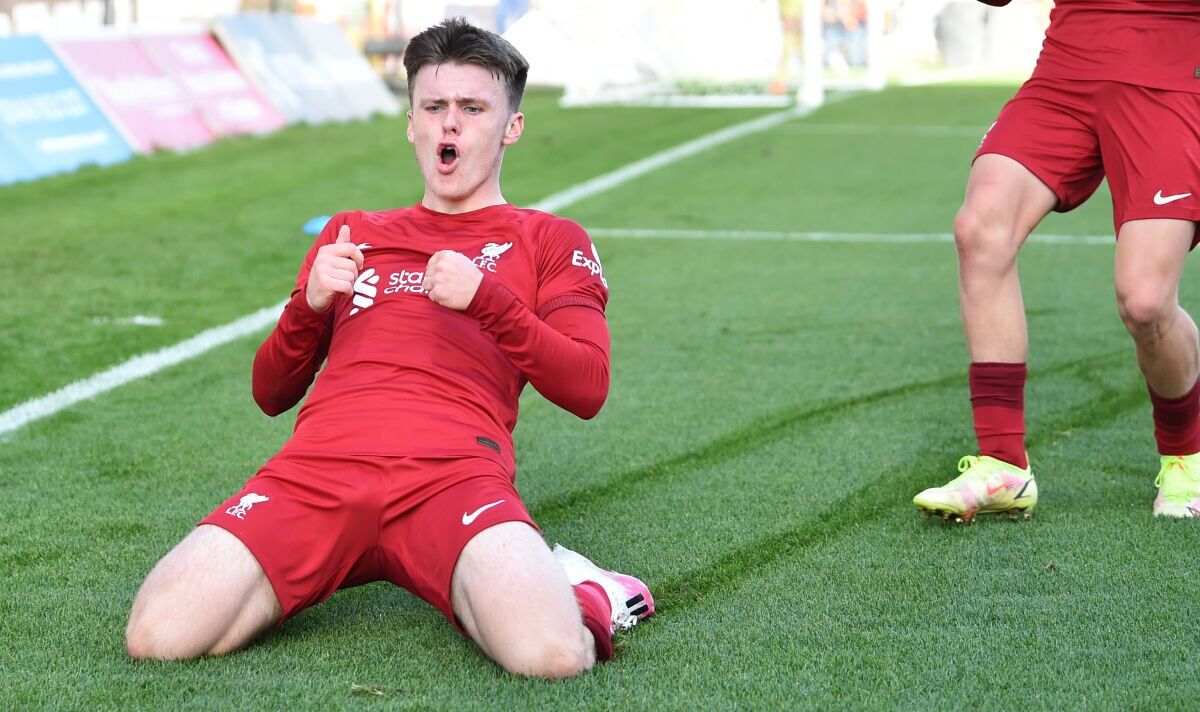 The World Cup comes at a pretty favourable time for Liverpool. Jurgen Klopp’s side are yet to find any winning consistency and are without two of their main attackers in Luis Diaz and Diogo Jota. The Reds expect to have Diaz back after the break, which they will be grateful for.

Among other qualities, the Colombian’s desire to get on the ball at dribble directly at defenders has been sorely missed, even though without him Liverpool have beaten Manchester City and Tottenham in the Premier League while comfortably seeing off Rangers, Ajax and Napoli in the Champions League.

Since Diaz’s last appearance – the 3-2 loss to Arsenal on October 9 – only five players have recorded three or more successful dribbles in one match. There have been nine matches since the Arsenal defeat. Ben Doak, however, managed three in just 16 minutes against Derby County on Wednesday night in a performance that alerted people to his quality.

The Scot, 17, has shone for the academy since joining the club from Celtic in the summer. And he was fearless after being brought on for his first-team debut in the Carabao Cup third-round tie. He certainly made an impression, with Klopp saying: “That’s Ben. His instructions were easy: do what you do all the time.

“He’s really a lively boy, a smart player, good dribbler, fast, can use both legs. He’s good! It was nice to watch, eh? It was really nice to watch, him coming in and immediately a lot of things are obviously natural to him, which is really helpful.

“I’m pretty sure his family was here tonight. I can remember when I saw the family at the AXA when we signed the boy, how excited everybody was. And now having that night, it’s the next step. It’s cool, he showed up, obviously.”

Given the injuries to Diaz and Jota, Klopp has little choice but to start all three of Mohamed Salah, Darwin Nunez and Roberto Firmino against Southampton this Saturday. He could take a gamble by starting an Alex Oxlade-Chamberlain, Harvey Elliott, Carvalho or Curtis Jones in the front three but the team’s attack would surely suffer as a result.

Starting all of Liverpool’s only three fit forwards means they will struggle for natural attackers on the bench, bar their makeshift options like Oxlade-Chamberlain or Carvalho. And so perhaps Klopp will consider saving a spot for the lively Doak to give Liverpool a new weapon in reserve, if only in this match.

Doak’s willingness to drive forward in possession and commit defenders to him was a valuable asset in the final minutes against Derby, even if it did not result in a goal. And just in case Klopp’s side are searching for goals late on against Southampton, having the pace and dribbling of Doak to fall back on could be helpful.

Liverpool of course will not want to rely on the Scotland youth international given his age but Klopp is willing to trust young players if they have the talent. Doak certainly does. And so it may be wise to have him on the bench as a ‘break glass in case of emergency’ option.

Denial of responsibility! NewsUpdate is an automatic aggregator around the global media. All the content are available free on Internet. We have just arranged it in one platform for educational purpose only. In each content, the hyperlink to the primary source is specified. All trademarks belong to their rightful owners, all materials to their authors. If you are the owner of the content and do not want us to publish your materials on our website, please contact us by email – [email protected]. The content will be deleted within 24 hours.
Benbest sports newsDoakexcitingLiverpoolnews update sportsnewsupdatesouthampton

Jio to introduce a short video format platform; plans to…