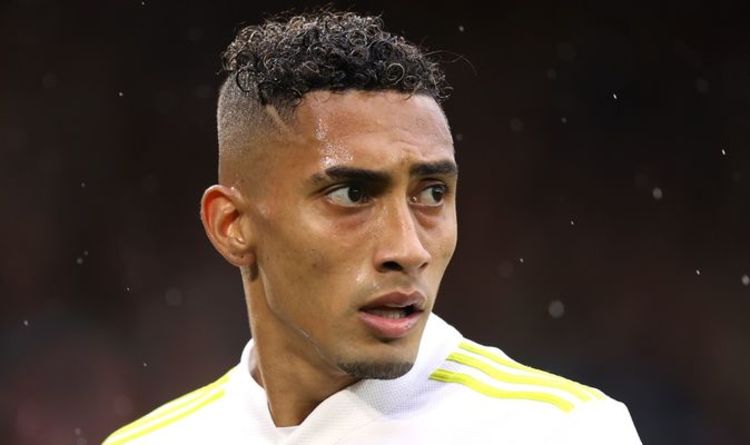 Liverpool could decide to pursue a move for Watford winger Ismaila Sarr instead of chasing Leeds United forward Raphinha in January, according to reports. Sarr, who scored in Watford’s comfortable home win over Manchester United on Saturday, is said to have been admired by the Reds for some time and has enjoyed an impressive start to the season in Hertfordshire.

The 23-year-old has already chipped in with five Premier League goals to keep Watford hovering above the drop zone in their bid to achieve top-flight survival.

He has been linked with a potential move to Liverpool for a number of months as the Reds weigh up the possibility of improving their options at the top of the pitch.

Jurgen Klopp still relies heavily on the formidable trio of Mohamed Salah, Sadio Mane and Roberto Firmino to provide the goals at Anfield.

However, all three players will turn 30 before the end of the current campaign, while Salah will be out of contract in the summer of 2023 and is yet to sign a new deal with the club.

Liverpool were tipped to land a new attacker during pre-season, with Raphinha emerging as a potential target after his stunning debut campaign with Leeds.

JUST IN: Pochettino’s comments on Cristiano Ronaldo may come back to bite him

Although the Brazilian maestro’s arrival would provide the Reds with another quality option in the wide areas, it seems as though Sarr could be the man at the top of Klopp’s shortlist ahead of the January window.

Liverpool have a ‘strong interest’ in bringing the Senegal international to Merseyside and could put the wheels in motion at the turn of the year, according to Calciomercato.

The report claims that Sarr is very much among the names under consideration at Anfield, but it remains to be seen whether Watford will be prepared to let him leave.

He would undoubtedly cost a significant fee, with previous reports tipping the Hornets to demand at least £40million in exchange for his signature.

Sarr also looks to be crucially important to Watford’s hopes of staying up if he can keep firing on all cylinders between now and the end of the season.

He was at his brilliant best against United on Saturday and caused the Red Devils plenty of issues before he was substituted with 22 minutes remaining at Vicarage Road.

Meanwhile, former England striker Kevin Phillips recently urged Liverpool to act on their interest in Sarr, insisting that he would be a better fit than the likes of Divock Origi and Takumi Minamino on Merseyside.

Phillips told Football Insider: “Yes, Liverpool have players that can step in and do a job, but do they have enough options at the top end of the pitch?

“Origi and Minamino got amongst the goals in midweek [against Norwich City in the Carabao Cup] and perhaps that can kickstart both of their seasons.

“Liverpool want to be challenging this season, though, and I fear they haven’t got the depth in their squad to cope with an injury to Mane or Salah.

“They might have to dip into the transfer market to bring someone in who is going to give them goals. I don’t know whether Klopp could rely on Origi and Minamino.

“Sarr is certainly a top-quality player and he would definitely be an upgrade on what Liverpool currently have in reserve.”

Denial of responsibility! NewsUpdate is an automatic aggregator around the global media. All the content are available free on Internet. We have just arranged it in one platform for educational purpose only. In each content, the hyperlink to the primary source is specified. All trademarks belong to their rightful owners, all materials to their authors. If you are the owner of the content and do not want us to publish your materials on our website, please contact us by email – [email protected]. The content will be deleted within 24 hours.
alternativebest sports newsembarrasshelpedinterestedLiverpoolMannews update sports