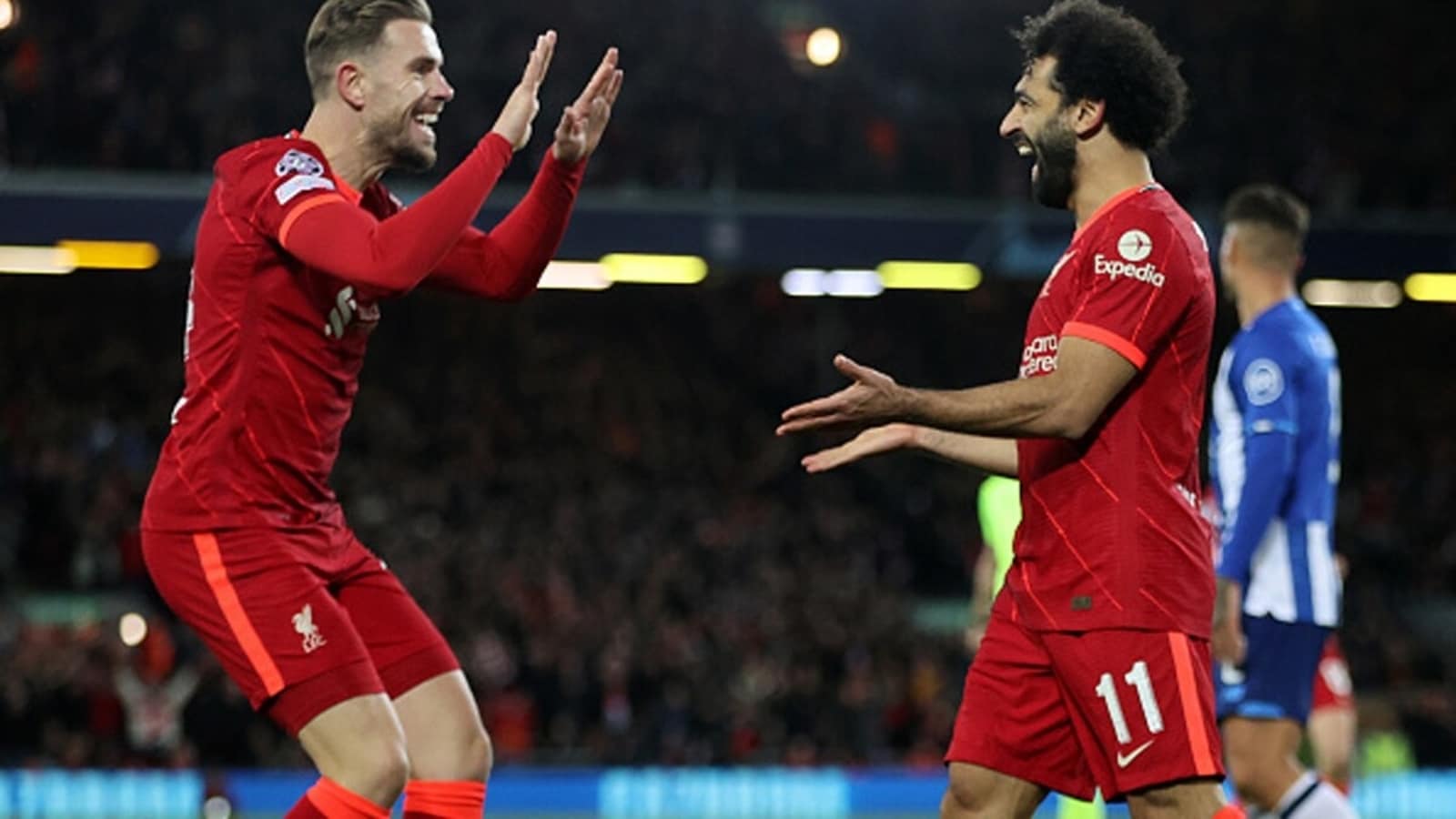 Second-half goals by Thiago Alcantara and Mohamed Salah earned a below-strength Liverpool a 2-0 win over Porto to maintain their 100 percent record in Champions League Group B on Wednesday. Porto, who started the day second in the group behind already-qualified Liverpool, wasted numerous first-half opportunities and were made to pay a heavy price.

Their record against Liverpool now stands at played 10, drawn three and lost seven. Liverpool, with the likes of Virgil van Dijk and Jordan Henderson rested, went ahead through Thiago’s stunning low strike in the 52nd minute before Salah made the points safe with a clinical finish in the 70th.

Juergen Klopp’s side have a maximum 15 points from their five matches and matched a remarkable record as they became the first English club to score two goals in 16 successive games in all competitions since Wolverhampton Wanderers in 1939.

Porto retain hopes of joining Liverpool in the last 16, however, as they hung on to second place with five points thanks to Atletico Madrid’s 1-0 home defeat by AC Milan. Porto host Atletico (four) in their final match in the group with Milan (four) hosting Liverpool.

With top spot already assured it was a night for some of Liverpool’s fringe players to impress, as 19-year-old Tyler Morton made his Champions League debut and Takumi Minamino earned a rare start. Yet they struggled in the first half in which Porto were the better and more eager side. The Portuguese champions were close to taking the lead when Mehdi Taremi’s glancing header deflected off Joel Matip and went narrowly wide of Alisson’s post.

Evanilson then had a shot blocked by Ibrahima Konate but Porto’s best chance arrived when Colombian Luis Diaz raced away and squared for Otavio who sliced horribly wide under pressure from Kostas Tsimikas.

Liverpool occasionally changed gear and thought they had gone ahead when Thiago’s pass split the Porto defence and Sadio Mane ran through to score. However, his celebrations on his 50th European game for Liverpool were cut short by a VAR check which showed he had been fractionally offside.

Porto coach Sergio Conceicao was then furious before halftime as Taremi bizarrely opted to try to pick out a team mate when he had the chance to test Alisson. The chances kept arriving for Porto at the start of the second half with Mateus Uribe’s shot on the turn flashing past the post and they were soon to regret their profligacy.

In the 52nd minute Alex Oxlade-Chamberlain’s free kick was headed out and the elegant Thiago met a bouncing ball on the edge of the area with the sweetest of low strikes with the outside of his right foot to send a skimming shot arrowing past keeper Diogo Costa and inside the post.

“The goal was the beauty I like to bring in football,” Thiago said of his first Champions League goal for Liverpool.

Salah then combined with substitute Henderson before cutting in from the right and beating Costa with a left-foot shot for his sixth goal so far in the group stage.

Denial of responsibility! NewsUpdate is an automatic aggregator around the global media. All the content are available free on Internet. We have just arranged it in one platform for educational purpose only. In each content, the hyperlink to the primary source is specified. All trademarks belong to their rightful owners, all materials to their authors. If you are the owner of the content and do not want us to publish your materials on our website, please contact us by email – [email protected]. The content will be deleted within 24 hours.
best sports newsLiverpoolLiverpool vs PortoLiverpool vs Porto Champions Leaguemaintainnews update sportsnewsupdatePerfect