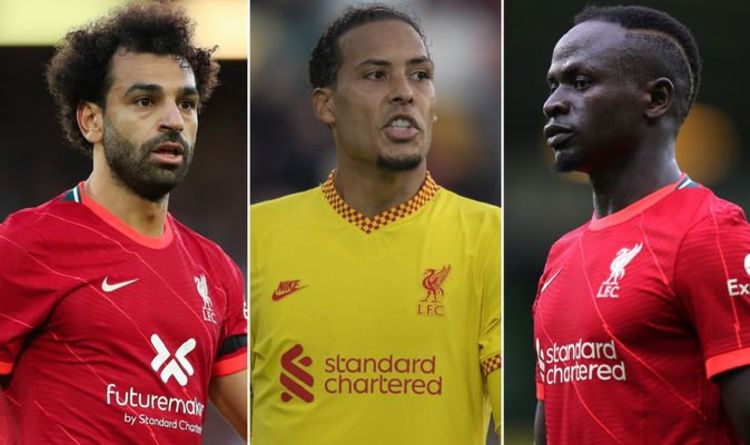 Liverpool have yet to suffer defeat after 10 games across all competitions and enter the October international break one point off of Chelsea at the top of the Premier League table and in command of their Champions League group. Express Sport takes a look at how every one of Jurgen Klopp’s squad has fared so far this term, with 26 different players being handed minutes, and rates them for their efforts in this first quarter of the campaign.

Countless brilliant saves this season with the Brazilian back to his very, very best after shaky moments last year. Only Salah has had as good a season for Liverpool so far.

Only played against Norwich in the cup but fared very well and even saved a penalty. A very solid back-up to Alisson and well ahead of Adrian.

Three assists in six games for the 22-year-old right-back. Despite only 450 minutes in the league – of a possible 630 – no-one has created more chances than his 21. As integral as any other Liverpool player.

Virgil van Dijk’s first-choice partner, the Cameroonian has only sat out of one Premier League or Champions League match. Had shakier matches vs Milan and Brentford but excellent in other matches such as Burnley at home and Leeds away. Some brilliant rampaging runs forward.

An off-day at Brentford aside, the Dutchman has coped well back in the heart of Liverpool’s defence. Still has a gear or two to go up to but is in good shape already. Klopp will be praying for no fitness setbacks even despite his improved centre-half depth.

Just two starts so far for the summer signing against Crystal Palace and Norwich, both of which ended in 3-0 wins. Encouraging stuff but needs time to fully adjust. Has all the tools to be a success.

Two generally solid appearances against Milan and Norwich but otherwise has only played from the bench. Will hope to get more game-time in the coming months to build some much-needed rhythm after a long time out.

Ultimately second choice to Andy Robertson but in the four games he’s started has done impeccably well, showing real threat with his crossing which has yielded two assists. The Greek is a more-than-dependable stand-in.

A great showing against Milan but then a dire one against Brentford, Robertson is still taking time to consistently find his best form this term after a pre-season injury. Nothing for Liverpool to be alarmed about, but just yet to hit the heights it’s clear he can reach.

Made his senior debut at right-back against Norwich. Gave away a clumsy penalty but otherwise a promising evening from the teenager.

Probably the best holding midfielder in the world, the Brazilian has displayed how good he is both on and off of the ball. The Reds’ midfield is much stronger for having him at the base of it and he’s even got a goal and an assist. Will be a big player if Liverpool are to win anything this season.

Limited to two starts across all competitions, showed his worth in the wins against Leeds and Palace with classy performances but then injured again since. Liverpool will be there or thereabouts in the title race, particularly if Thiago can manage 30 Premier League appearances.

Though he struggled against Man City’s Phil Foden, as many defenders will this season, Milner continues to be reliable. Has done well stepping in for Alexander-Arnold at right-back on the whole and has also contributed when deployed in midfield.

Elliott was Liverpool’s brightest spark alongside Salah with excellent showings versus Burnley, Chelsea and Leeds until a horrific ankle injury robbed him of the next few months. Still deserves recognition for his performances before then given he’s only 18.

A solid start until, rather unsurprisingly, injury once again struck the unfortunate Guinean. Keita scored a worldie against Crystal Palace but also shone against Burnley too. Keeping him fit the big task for the Reds.

A real disappointment at Norwich in the League Cup and also average there in the league on the opening weekend. Otherwise relatively unused. Must make more of his next appearances.

Came on in the second half for Keita against Norwich and produced a confident and composed display. Will get more minutes in the cup.

A goal and three assists, all three of which came against Porto, have showcased Jones’ attacking talents. Some questions marks at times defensively but Liverpool have a big talent on their hands.

The poorest player of the club’s most regular contributors so far despite a stunning strike against AC Milan. That’s because he’s taking time to get to grips with a new more offensive-minded role. Not the only England player who featured at the Euros who has endured a slow start, in fairness.

Just two appearances so far for the Japanese but in one scored a well-taken brace from the left wing in the cup. Needs more minutes to try and build on his bright showings. Can be important if he keeps it up.

Much improved on last season, impressing against Milan and Norwich and showing vital hunger to work hard. A goal and two assists in just 157 minutes of action is encouraging but it must continue.

A world-class start to the season from a world-class forward, with nine goals and three assists in nine games. Liverpool simply must get him tied down to a long-term new contract.

A mixed campaign thus far in terms of performances but five goals in nine outings represents a solid output. Will contribute more than last year when his finishing was left wanting.

Three goals in nine including two that made it 1-0 in eventual wins but like Mane, some underwhelming displays too. Obscene threat in the air given his height and should still get 15-plus this season.

Has played less minutes than Origi, albeit mainly due to injury, but a confidence-boosting brace at Porto can help him gain the momentum he needs. Only managed nine goals last term and needs to hit double figures this time around.

An academy player the club are really excited about, Gordon showcased his threat in flashes at Norwich. Should get more cup outings this term. Only 16.

Denial of responsibility! NewsUpdate is an automatic aggregator around the global media. All the content are available free on Internet. We have just arranged it in one platform for educational purpose only. In each content, the hyperlink to the primary source is specified. All trademarks belong to their rightful owners, all materials to their authors. If you are the owner of the content and do not want us to publish your materials on our website, please contact us by email – [email protected]. The content will be deleted within 24 hours.
best sports newsEarnshandedLiverpoolMohamednews update sportsnewsupdatePlayers