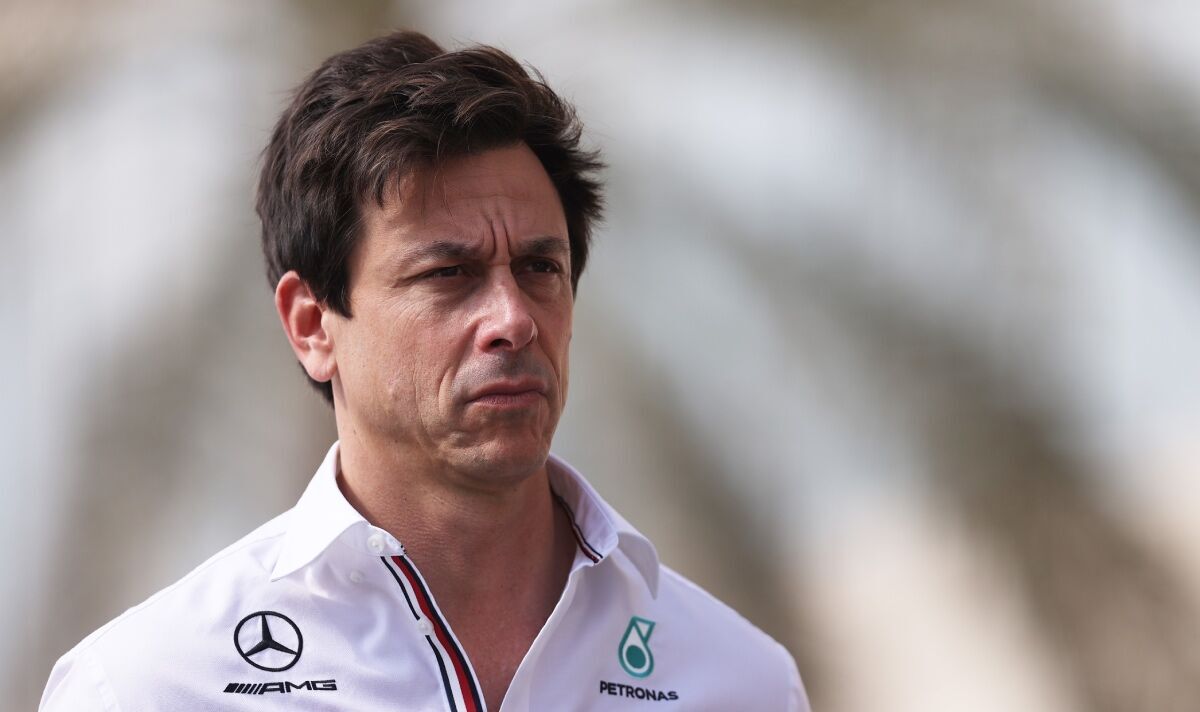 Mercedes chief Toto Wolff has accused his Red Bull counterpart Christian Horner and other Formula One bosses of ‘ganging up on him’ at a team principals meeting in Montreal on Saturday, per reports.

Teams are currently in Canada for the ninth race of the season and Saturday saw Max Verstappen take pole position ahead of Fernando Alonso and Carlos Sainz in qualifying. Team principals met up on the Saturday morning to discuss the season so far – something that caused friction between Wolff and Horner amongst others.

Porpoising, regulation changes and the current campaign so far were on the agenda, although things turned sour against Wolff as he became agitated, according to the Daily Mail. And the argument got so heated that witnesses claimed that the Austrian ‘lost his s**t’ at his fellow principals.

The report states that the argument started over the porpoising problems that have affected Mercedes since the season opener in Bahrain. A witness claimed that Wolff lost his temper and went full ‘Abu Dhabi’ – alluding to his meltdown as Lewis Hamilton lost the title to Verstappen on the final race of the season in 2021.

Wolff is thought to have made the point that other principals were continuing the issue by sticking to the regulations, although Horner told the Austrian to sort his own problems first. Ferrari boss Mattia Binotto also had a say, telling Wolff that he also did not agree with his thoughts and that he was kicking up a fuss because Mercedes failed to succeed with their car.

And the debate will continue to rage over the coming weeks with Mercedes not showing any signs of improvement in their 2022 model. Wolff aired his thoughts after qualifying saw Hamilton finish fourth and George Russell languish in eighth.

“This situation has clearly gone too far,” Wolff said after qualifying. “Team principals trying to play political games is disingenuous. All of the cars, not just Mercedes, suffered in some way in Baku.

“It’s a fault in Formula One at the moment and it’s an issue that needs to be solved. Little manipulations in the background, Chinese whispers, it’s a bit difficult.”

Denial of responsibility! NewsUpdate is an automatic aggregator around the global media. All the content are available free on Internet. We have just arranged it in one platform for educational purpose only. In each content, the hyperlink to the primary source is specified. All trademarks belong to their rightful owners, all materials to their authors. If you are the owner of the content and do not want us to publish your materials on our website, please contact us by email – [email protected]. The content will be deleted within 24 hours.
Accusesangrybest sports newsbossesChristiangangingHornerlivid

‘Ready Or Not’ back on Steam following trademark dispute