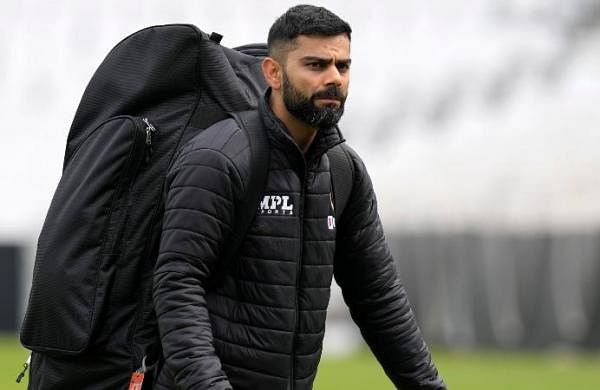 CHENNAI: For Indian players, the suspension of IPL in May had given a much-needed rest ahead of the England tour that they were most looking forward to. While they needed to undergo two weeks of hard quarantine before departing to London – followed by restricted movement for four days upon their arrival – they knew they would be free from the bubble life once they got past it.

The bubble had become a non-negotiable part of their lives since the pandemic. Six Tests and more than a month’s gap between the World Test Championship final and the start of the Pataudi Trophy meant that a much-needed break was in store.

With the tour lasting more than three months, players and support staff had all taken their families along, which they thought would keep them in the best shape possible, as living in a bio-secured environment was beginning to take a toll on many of them. Since the 2020 edition of IPL, which was held in the UAE, the Indian team has undergone 60 days of hard quarantine alone.

After cricket resumed following the lockdown, no team has travelled as much as India and nobody has spent more days in quarantine than them. As one player put it, they had been living in ‘luxurious prisons’. They were meeting the same people day-in and day-out, with someone monitoring their movements at all times, and following numerous dos and don’ts while taking Covid tests at regular intervals. For some players, it had come to the point where they had watched almost all the top-rated shows on Netflix and Amazon and then started re-watching them thanks to boredom.

The England series was a lifeline in that regard. With the UK relaxing the lockdown rules and all the players fully vaccinated, they were allowed to move freely. Even the England and Wales Cricket Board (ECB) believed there was no reason to keep the teams under a bio-secure bubble for a five-match Test series. Despite Rishabh Pant and another member of the support staff testing Covid-19 positive before the first Test, it seldom created panic among the players.

A highly competitive Test series played out with Manchester awaiting a grand finale before the worst fears came true. More than all the Covid concerns, the biggest fear among the players was the need to undergo hard quarantine should anyone test positive, which ultimately brought an early end to the series.

Let’s make it clear, going through hard quarantine once is tough, let alone six times as this team has done since August 2020, with the number of days varying from 14 days to seven. And in between all of this, they have played competitive cricket against top teams and emerged victorious in them.

Though that stands as a testament to the team’s mental strength, what is also not lost is how tiresome it has become. “You are always living in this constant fear, where if anyone tests positive, you have to undergo isolation. Doing it once is fine, but I’ve honestly lost count of how many times we have done this in the past 12 months. If you keep pushing someone to the extreme, at some point they will break down. Some have family here, some don’t and right through this period, we have hardly been able to spend time at home. And you can’t play with fear,” a Team India member said.

For Indian players, the culmination of the England tour means that the ‘freedom’ they enjoyed over the course of three months is gone. They will enter into a bubble-life for the IPL, which will be followed by the T20 World Cup that runs till November 14. It means they will celebrate Dussehra and Diwali in a closed environment and only in the company of their close family.

Some don’t even have that luxury. The tour of South Africa starts in Johannesburg on December 17, and is set to be played under a bio-secure environment. India have to finish the New Zealand series at home (three T20Is and two Tests) with less than a month’s gap in between.

“The schedule for the New Zealand series is not yet finalised. There could be some changes as there is only a four-week window. It will be too demanding on the players unless two separate teams are announced. The Test series has to take place because it is under the WTC. The coming days will reveal a lot,” a BCCI official said.

Denial of responsibility! NewsUpdate is an automatic aggregator around the global media. All the content are available free on Internet. We have just arranged it in one platform for educational purpose only. In each content, the hyperlink to the primary source is specified. All trademarks belong to their rightful owners, all materials to their authors. If you are the owner of the content and do not want us to publish your materials on our website, please contact us by email – [email protected]. The content will be deleted within 24 hours.
Loading...
awaitsbest sports newsbubbleCOVIDextendedHard quarantineIndiaIPL

Where is ‘College GameDay’ this week? Location, schedule, guest picker for Week 2 on ESPN

How to use Google widgets for work on an iPad