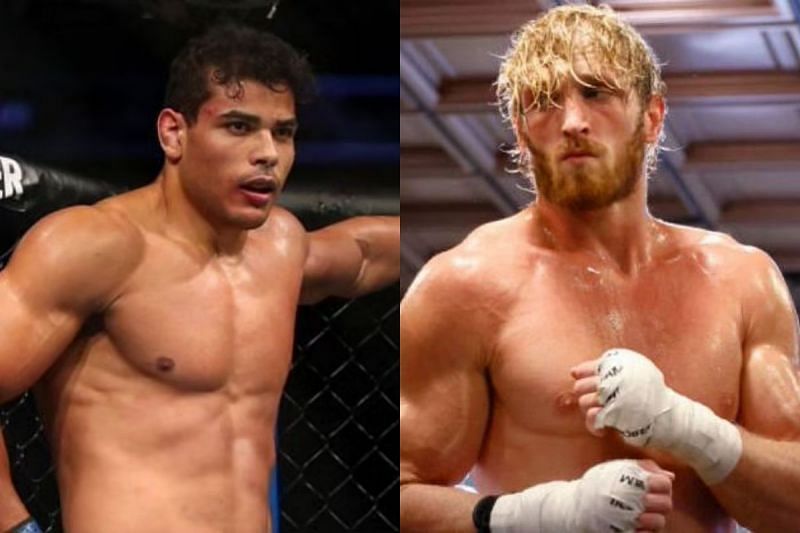 Paulo Costa recently recalled his sparring session with Logan Paul on Twitter. The UFC middleweight hailed the YouTuber-turned-boxer for being a “beast” inside the cage.

Last year, a video surfaced on social media showing Paulo Costa and Logan Paul having a sparring session at the Performance Institute in Las Vegas. Although ‘The Maverick’ did land a few shots of his own on ‘Borrachinha’, Paul ultimately got knocked out stiff by the hard-hitting 185er. The two then proceeded to have a grappling exchange on the mat where Paul showcased his collegiate wrestling acumen.

Paul uploaded the footage of the aforesaid spar to YouTube in a vlog titled: “KNOCKED OUT BY PROFESSIONAL UFC FIGHTER!”.

“90% of guys who go to train MMA have good technique but not hard spirit, not have big heart you know? You have both, thank you,” said Paulo Costa after his grappling session with Paul.

Lauding ‘The Maverick’ for presenting tough opposition, Paulo Costa retweeted a clip of himself getting punched by the YouTube sensation.

During an episode of the Impaulsive podcast, Logan Paul reflected on his experience sparring with Paulo Costa. The former Vine star appeared to be in awe of Costa’s brawny physique. Paul mentioned that Costa walks around at almost 250lbs and has to cut down 60lbs to make it to the middleweight limit.

“I sparred with Paulo Costa at the UFC Performance Institute…it was fascinating. We had the grappling session with Paulo Costa who is another animal in himself. Paulo is 250lbs and has to get down to 185lbs. I’ve never met a human being who is more of an actual animal than Paulo Costa. This dude sleeps ten to thirteen hours a day and just beats people’s a**, dude,” said Logan Paul.

Speaking of the Brazilian’s innate ability to switch on his killer instincts during UFC bouts, Paul added:

“He is cool as f**k. Coolest guy ever. It’s a switch, I saw it. I interacted with the calm, fun, I’m not going to hurt you, Paulo. Especially when I was sparring with him as he wasn’t trying to kill me. And then, I saw him at the UFC fight, calling out Izzy, he had a killer instinct…it’s like someone put a bicycle pump in him and just pumped him up…he is like a rock.” 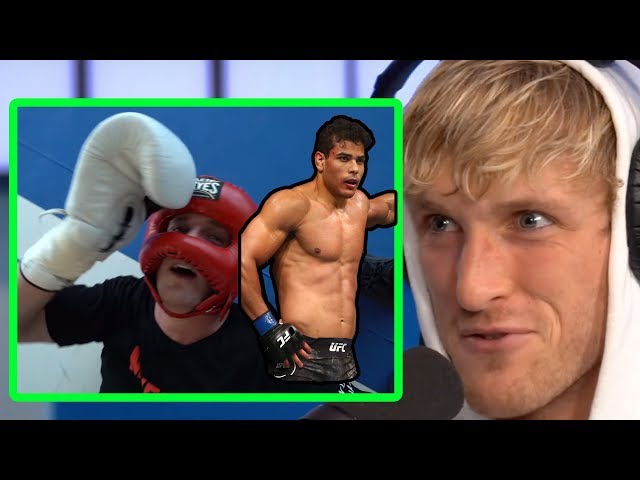 Logan Paul is set to face Floyd Mayweather on June 6 in an exhibition bout under the Showtime banner next. Meanwhile, Paulo Costa recently withdrew from his fight with fourth-ranked middleweight Jared Cannonier, per ESPN.

Please take 30 seconds to answer this survey so that we can better understand how to serve your MMA needs.

Denial of responsibility! NewsUpdate is an automatic aggregator around the global media. All the content are available free on Internet. We have just arranged it in one platform for educational purpose only. In each content, the hyperlink to the primary source is specified. All trademarks belong to their rightful owners, all materials to their authors. If you are the owner of the content and do not want us to publish your materials on our website, please contact us by email – [email protected]. The content will be deleted within 24 hours.
Loading...
Beastbest sports newsCostaLoganLogan PaulmiddleweightMMANews