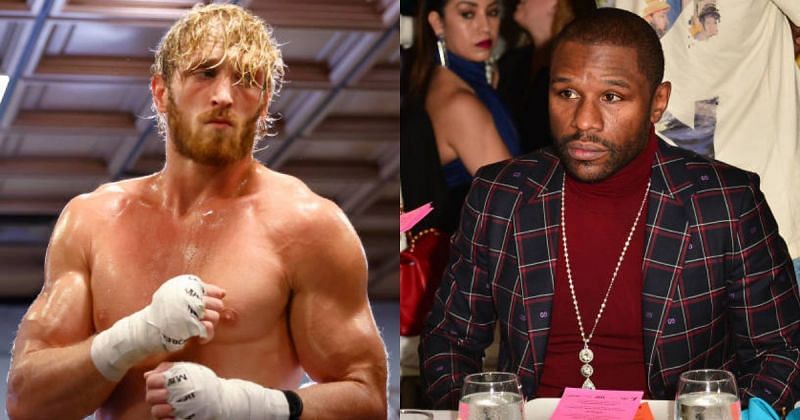 Logan Paul predicts exactly how he will knock out Floyd Mayweather

Logan Paul is confident about his chances of knocking out Floyd Mayweather. The 26-year-old YouTuber fancies a finish against the undefeated boxer, which he thinks will come with a hard-hitting hook.

Paul and Mayweather are scheduled to compete in an exhibition boxing match this Sunday. Although judges will not be scoring the fight, knockouts are allowed.

While speaking on his podcast, IMPAULSIVE, Logan Paul predicted exactly how he will knockout Mayweather. According to him, Mayweather will throw two cross punches, but Paul will block them before stinging him with a hook.

“I’m 75 percent convinced… Floyd (Mayweather) is going to come with a straight two, I’m going to block my face and hit him with the hardest hook he has ever felt in his life because he has never faced a guy who is 35 to 40 pounds heavier than him, and as quick and strong as me. I’m going to knock him out. I’m going to get on the ropes and raise my hand to celebrate,” said Paul.

Ahead of their clash, Logan Paul and Floyd Mayweather participated in a media event where they shared an intense face-off.

Logan Paul believes Floyd Mayweather is downplaying their boxing showdown to maintain his credibility. In reality, however, ‘Money’ is leaving no stone unturned in his preparation for the fight.

“He watches my s**t. And as much as he pretends like he doesn’t give a f*** about the fight and he’s not trying, he cares. I know how hard he’s training. His boys say he’s training harder than he did for Canelo (Alvarez). Quote/unquote: ‘You would think he’s fighting a world title fight. He keeps it hush-hush because he doesn’t want to act like he cares but he cares because he knows so much is on the line’,” said Paul.

Logan Paul has only competed once in a professional boxing match. He challenged YouTuber KSI in November 2019, which resulted in a split decision win for the Englishman.

Mayweather, meanwhile, has been in 50 professional boxing fights. His last win was against Conor McGregor, whom he defeated via TKO in the tenth round.

Denial of responsibility! NewsUpdate is an automatic aggregator around the global media. All the content are available free on Internet. We have just arranged it in one platform for educational purpose only. In each content, the hyperlink to the primary source is specified. All trademarks belong to their rightful owners, all materials to their authors. If you are the owner of the content and do not want us to publish your materials on our website, please contact us by email – [email protected]. The content will be deleted within 24 hours.
best sports newsFloydFloyd MayweatherIBF BoxingknockLoganLogan PaulMayweather