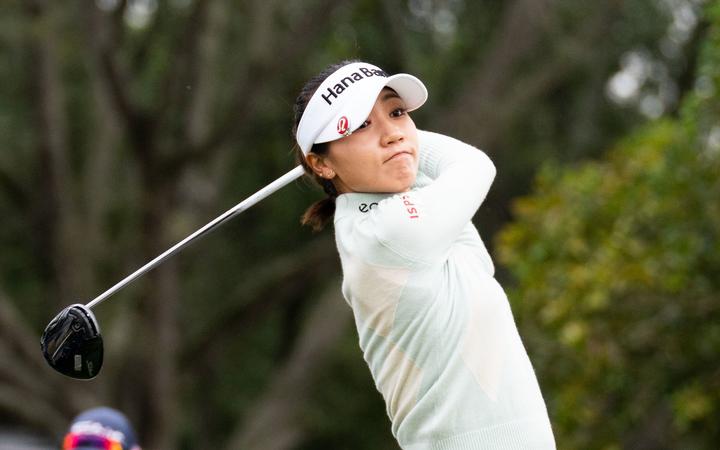 Comment – I tend to dwell on the negative in this column. To round on athletes and organisations that say one thing, but do another. To poke holes in the propaganda that passes for sports journalism these days and to generally have a good old grizzle.

Today, though, I come to praise golfer Lydia Ko.

For my sins, I watch a lot of women’s golf. In many ways I actually prefer it to the male stuff.

Where the blokes hit the ball miles and routinely make shorter courses obsolete, female golf remains about skill. In male golf, a player’s prowess is often measured in driving distance and club-head speed, but the women continue to play golf – and golf courses – as it was intended.

I’ve written about Ko before. Much of that was in the past tense, saying we should give this woman a break and remember the great things she did in her younger years.

It’s hard to be a child prodigy. Harder still when, by 18 years old, you’ve achieved pretty much everything there is to do in the game.

That was Ko. World No.1 at 17 and a major championship winner soon after, it defied logic that she would be able to sustain that dominance.

And so it proved. No matter how many swing coaches or caddies Ko burned through, those previous levels of excellence continued to elude her.

You figured Ko might play on for a few years and then look to pursue a life away from the golf course.

We don’t know how long Ko will continue to play but, at 25, she is third in the world rankings and seemingly poised to add to her tally of two major championships, in the very near future.

I honestly didn’t think this was possible. Didn’t believe she had the resilience, or the game, to return to golf’s elite and to contend for its biggest titles.

I can’t commend Ko enough for having the mental strength, desire and dedication to do that. To keep striving, keep working and to do it all with, what appears, a very genuine smile on her face. 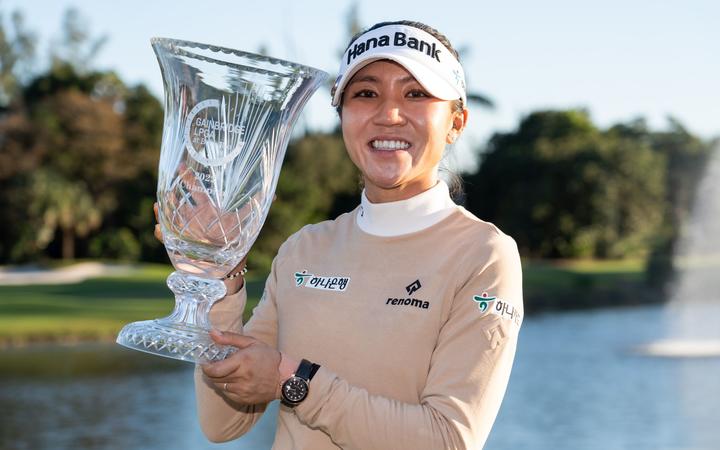 It’s not unfair to characterise the best golfers as narcissists, but Ko actually seems to be a warm and caring person.

She’s also been in the news in recent days.

Ko made headlines, after finishing in a tie for third at the most-recent LPGA event in California, by mentioning after the round that it was her time of the month.

She had taken treatment on her back, after a tee shot late in the round, later explaining that the back tightness was a result of her period.

It took me back to my days covering netball and conversations I had with players who were returning to the court after childbirth. They weren’t conversations I initiated, because it’s not my business, but they were illuminating.

I saw Ko’s comments, to television interviewer Jerry Foltz, but haven’t read or listened to anything on the topic since.

Ko certainly took Foltz aback, but surely the rest of us are mature enough to have appreciated her candour?

It’s not for bozos, such as myself, to talk about menstruation but I’m glad Ko was happy to because it explained a lot.

I watched that final round, at the Palos Verdes Golf Club, where Ko was well-placed to achieve victory.

But instead of playing with your usual precision Ko’s ball-striking was erratic, particularly off the tee. Rather than putting herself in position to make birdies, Ko was invariably scrambling from out of the trees to make par.

In that kind of situation, we make assumptions.

We think maybe pressure has gotten to her. Perhaps she has serious swing problems? We wonder if this will leave mental scars and potentially ruin Ko’s hopes of success in this year’s major championships.

The answer was a lesson to us all, especially those of us who sit in judgement of female athletes.

Ko’s nerve hadn’t abandoned her. She was actually hampered by back tightness, which affected her swing, brought on by having her period.

We tend to see things in black and white as sports columnists. To regard things as good or bad, right or wrong.

You can’t know every athlete – and their circumstances – intimately and I’m not sure it actually helps to, as I’ve written about before.

But Ko’s comments were a reminder that sport has its grey areas and isn’t as black and white as we’d like to make out.

The sports media continues to be male-dominated and, in our ignorance, we can be prone to overlooking the challenges female athletes face. Ko’s given us a reason to stop and think before we open our gobs.

She’s also shown us that she can find a way to stay in contention for titles, even when she’s not playing at her best.

That’s the mark of a champion and you hope Ko can keep putting herself in positions to win for many LPGA seasons to come.

Denial of responsibility! NewsUpdate is an automatic aggregator around the global media. All the content are available free on Internet. We have just arranged it in one platform for educational purpose only. In each content, the hyperlink to the primary source is specified. All trademarks belong to their rightful owners, all materials to their authors. If you are the owner of the content and do not want us to publish your materials on our website, please contact us by email – [email protected]. The content will be deleted within 24 hours.
Audiobest sports newsCurrent AffairsdedicationDesireEliteGolfsLydia

Rangers Look More Like Themselves in 5-2 Win Over Penguins

IPL 2022: One of the best innings I have seen, says Rishabh Pant after David Warner’s unbeaten 92 | Cricket News – Times of India