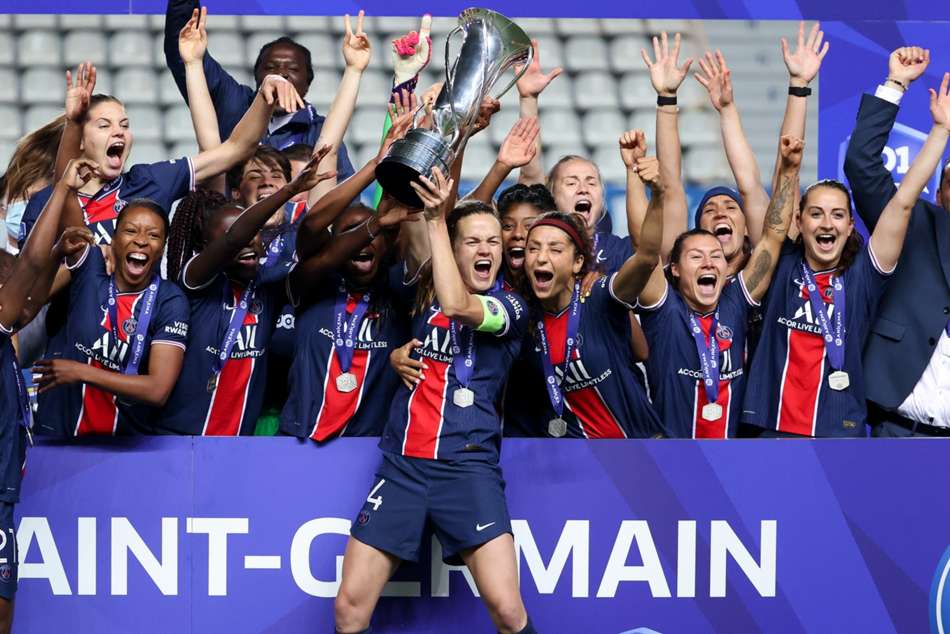 Lyon had dominated the top tier of women’s football in France, their stranglehold on the league dating back to 2007.

PSG had finished second on eight occasions during that period, but that changed thanks to a 3-0 home win over Dijon in their final game of the season.

French capital club PSG went into the final round a point clear atop the table following their goalless draw away to rivals Lyon in the penultimate fixture.

PSG got their hands on the trophy thanks to goals from Sara Dabritz, captain Irene Paredes and Jordyn Huitema, despite Lyon’s 8-0 demolition of Fleury 91.

The dominant force of women’s football in France and Europe, Lyon’s 80-match unbeaten league run – which featured 75 wins – was ended following a 1-0 loss.

Not since December 2016 had Lyon tasted league defeat.

Denial of responsibility! NewsUpdate is an automatic aggregator around the global media. All the content are available free on Internet. We have just arranged it in one platform for educational purpose only. In each content, the hyperlink to the primary source is specified. All trademarks belong to their rightful owners, all materials to their authors. If you are the owner of the content and do not want us to publish your materials on our website, please contact us by email – [email protected]. The content will be deleted within 24 hours.
best sports newsdethronedDivisionFeminineLyonnews update sportsnewsupdatePSG

Elliott: Simone Biles shows her human side while proving again she’s the greatest