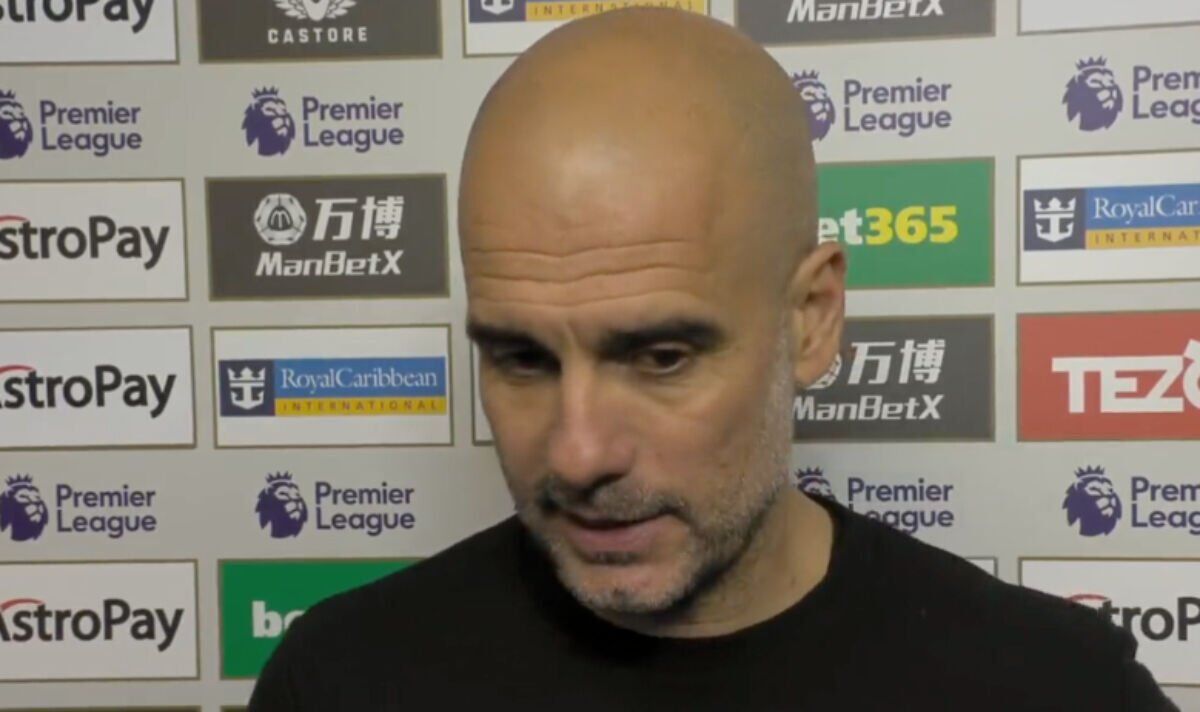 Pep Guardiola has backed superstar striker Erling Haaland to make an immediate impact at Manchester City next season. The defending Premier League champions announced this week a £51million agreement has been reached for the coveted Borussia Dortmund striker.

Haaland has enjoyed a meteoric rise in European football after announcing himself in the Champions League with Red Bull Salzburg. The 21-year-old is already considered to be one of world football’s most prolific strikers, netting almost a goal every game for Dortmund.

The release clause in Haaland’s contract meant the Norway international was the subject of an inevitable transfer tussle among Europe’s elite clubs. However. City have held off the competition to finally land the number nine Guardiola has craved.

The prospect of Haaland joining an attack already boasting the likes of Kevin de Bruyne, Phil Foden, Raheem Sterling among others is a tantalising one. City recorded an emphatic 5-1 victory at Wolves on Wednesday night to restore their three-point cushion over Liverpool, as well as take their goalscoring tally to 94 Premier League goals this season.

Guardiola’s side have flourished in spite of the absence of a recognised striker following Sergio Aguero’s departure. However, the former Barcelona and Bayern Munich boss is excited at the prospect of working with Haaland and believes he will fit seamlessly into his side.

Reflecting on the transfer following the win at Molineux, Guardiola told Sky Sports: “It is a decision for the club to make a good sign for the future. He can come for many, many years hopefully and I am pretty sure he will adapt perfectly to our team but for next season.

“The players make you a good manager. He is an incredible young talent, perfect age. I am pretty sure we are going to help him settle as best possible.”

De Bruyne continued his scintillating domestic form with an incredible four-goal haul in the emphatic victory at Wolves. Raheem Sterling scored City’s fifth, and Guardiola could not hide his delight at the latest contribution from the Belgium international.

The City boss added: “He has played the last two or three months especially in the Premier League outstanding, and in the Champions League as well. He has been our key man in this part of the season.

“It is not just what he creates and the goals and everything. He helps us a lot. I am happy because Kevin is so generous and always thinking the best for the team but this year is also the most prolific for him.

Denial of responsibility! NewsUpdate is an automatic aggregator around the global media. All the content are available free on Internet. We have just arranged it in one platform for educational purpose only. In each content, the hyperlink to the primary source is specified. All trademarks belong to their rightful owners, all materials to their authors. If you are the owner of the content and do not want us to publish your materials on our website, please contact us by email – [email protected]. The content will be deleted within 24 hours.
best sports newsBossCityErlingfiresGuardiolaHaalandLiverpool

Google Offers a More Modest Vision of the Future