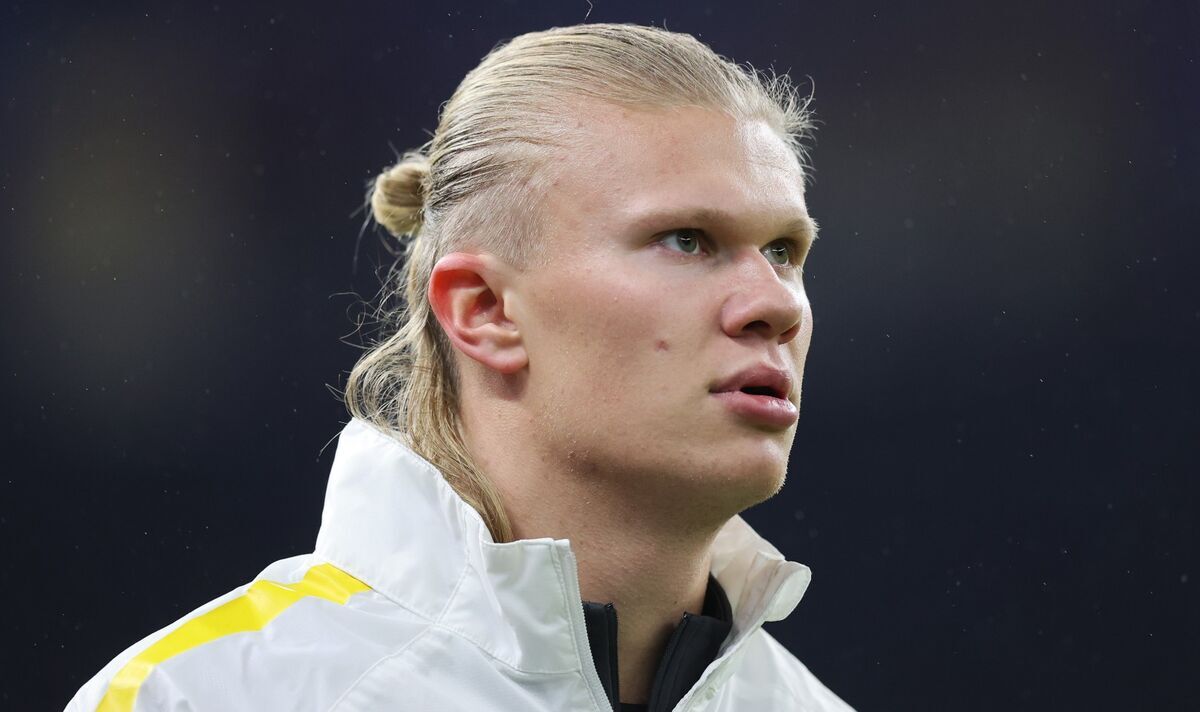 Manchester City look set to complete a stunning move for Borussia Dortmund marksman Erling Haaland in the near future to boost their hopes of beating Liverpool to another Premier League title next season. Haaland is said to be closing in on a lucrative switch to the Etihad Stadium and is widely expected to officially join Pep Guardiola’s ranks at the end of the current campaign.

City have reportedly agreed personal terms with Haaland, who is widely regarded as one of the planet’s deadliest strikers, and will pay his release clause of around £68million to rubber-stamp the move in the not-too-distant future. His arrival will undoubtedly strike fear into the hearts of City’s domestic rivals in the Premier League but it remains to be seen whether he will be able to spearhead his first English title challenge at the next time of asking.

It seems as though City could be set to make at least one additional high-profile signing before the end of the summer transfer window, with Guardiola said to be in the market for a new midfielder to replace the outgoing Fernandinho. A number of exciting names have been mentioned in connection with the defending Premier League champions in recent weeks and they will need to spend wisely in order to recruit the best man for the job over the coming months.

With that in mind, Express Sport takes a look at three midfielders with the ability to give City the best chance of pipping Liverpool to domestic glory once again next season.

Bellingham has emerged as one of Europe’s brightest midfield talents over the last few years and has been heavily linked with a move to the Premier League for some time. Liverpool have long been credited with a desire to land the former Birmingham City playmaker, while Manchester United attempted to bring him to Old Trafford before he was eventually snapped up by Dortmund back in 2020.

He would certainly be a shrewd addition for City if they decide to launch a move for his signature and would be expected to link up well with Haaland given their time spent together in Germany. However, it remains to be seen whether Dortmund would be prepared to sell Bellingham at any price, with the 18-year-old still tied down until the summer of 2025.

City could also opt to chase a move for Barcelona midfielder De Jong, who has been tipped by many to leave the Catalan giants. United are said to be keen admirers of the Dutchman, who played under Erik ten Hag during his time at Ajax, and have reportedly been tracking his progress at the Nou Camp over the last few months.

De Jong would seemingly fit the profile of what City are looking for to replace Fernandinho in the holding midfield role and has plenty of time on his side at the age of just 24. He is unlikely to be City’s top target at this stage, though, but could emerge as a credible option if the stars align when the bidding opens at the end of the season.

Tielemans would be another great addition to City’s ranks and is widely expected to leave Leicester City between now and the start of next season. The Belgian playmaker recently turned down the offer of a new and improved contract at the King Power Stadium and is said to be reluctant to extend his stay with the Foxes as things stand.

He has established himself as one of the Premier League’s finest midfield assets and is already proven in England’s top flight, with his exquisite range of passing and all-round nature making him the perfect fit for City to succeed Fernandinho. He could also be available for a cut-price fee in the summer months if Leicester decide to cash in to avoid losing him on a free transfer at the end of next season.

Denial of responsibility! NewsUpdate is an automatic aggregator around the global media. All the content are available free on Internet. We have just arranged it in one platform for educational purpose only. In each content, the hyperlink to the primary source is specified. All trademarks belong to their rightful owners, all materials to their authors. If you are the owner of the content and do not want us to publish your materials on our website, please contact us by email – [email protected]. The content will be deleted within 24 hours.
best sports newsblowCitydealErlingHaalandlandLiverpool

Trial of Fox executives in FIFA case delayed to January