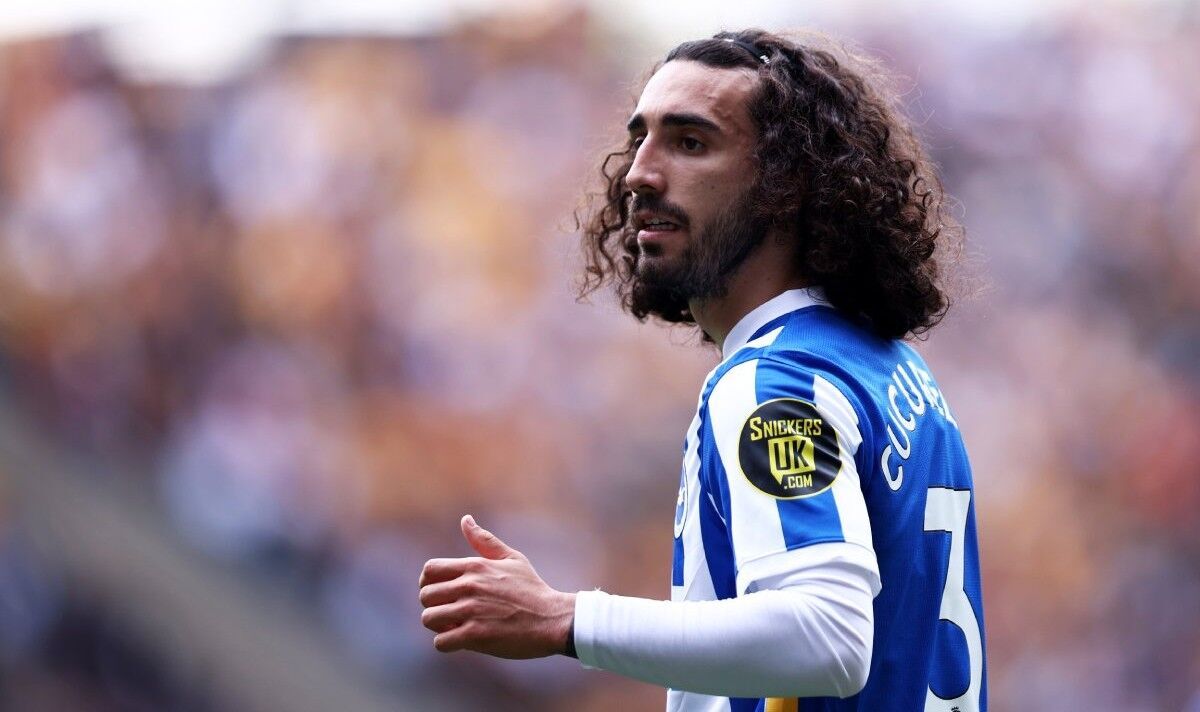 Brighton & Hove Albion left-back Marc Cucurella has submitted a transfer request as Manchester City attempt to make him their final summer signing. Cucurella is trying to force through a move to the Premier League champions amid Brighton’s stubborn stance on their £50million asking price.

On Thursday, The Athletic claimed Man City were ready to walk away from talks with Brighton due to their unwillingness to match the Seagulls’ hefty demands. They have so far tabled a £40m bid for the Spaniard, leaving a £10m gap between the two clubs’ valuations and plenty of work to do at the negotiation table.

Despite Cucurella asking Brighton not to stand in his way, they have continued to dig in their heels under pressure from one of Europe’s elite clubs. The Telegraph have since reported that Man City are readying a final push to land Cucurella in the next few days but remain reluctant to meet his £50m asking price.

And now, according to Fabrizio Romano, the 24-year-old has handed in a transfer request at the Amex Stadium to push through his move to Manchester. But he has admitted the discussions are complicated due to Brighton’s demands, and an outcome to the situation is expected soon.

JUST IN: Man Utd and Chelsea could pounce and seal cut-price deals from PSG

Pep Guardiola has already bolstered his squad this summer with the £51m capture of Borussia Dortmund superstar Erling Haaland and Kalvin Phillips’ £45m arrival from Leeds United. Goalkeeper Stefan Ortega has also joined on a free transfer, while he has introduced Julian Alvarez into his squad after City completed a deal for him in January.

Should showdown talks with Brighton fail and the south-coast outfit refuse to meet a compromise on Cucurella’s fee, City will likely pounce on alternative options to replace Zinchenko. Benfica’s Alex Grimaldo and Stuttgart’s Borna Sosa have both been touted as potential fall-back options Guardiola is considering.

But the Citizens will be keen to conclude their transfer business sooner rather than later, with their campaign kicking off on Saturday against Liverpool in the Community Shield. The two North West rivals, expected to battle over Premier League glory again this term, will battle it out for the first piece of 22/23 silverware at the King Power Stadium.

Denial of responsibility! NewsUpdate is an automatic aggregator around the global media. All the content are available free on Internet. We have just arranged it in one platform for educational purpose only. In each content, the hyperlink to the primary source is specified. All trademarks belong to their rightful owners, all materials to their authors. If you are the owner of the content and do not want us to publish your materials on our website, please contact us by email – [email protected]. The content will be deleted within 24 hours.
50macebest sports newsBrightonCityCucurellafinalMan

Astronauts might be able to use asteroid soil to grow crops