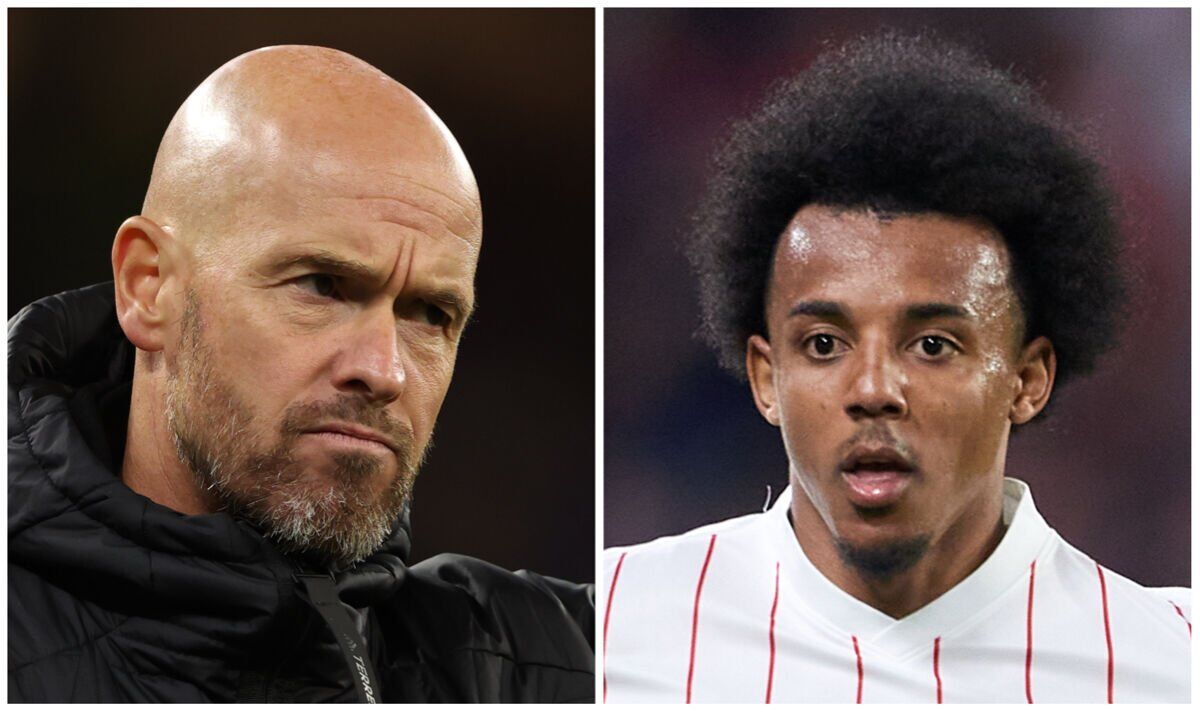 Manchester United’s interest in Frenkie de Jong has left Barcelona scrambling for solutions as the Dutchman’s reluctance to write off debts and depart for Old Trafford has handed Chelsea the advantage in the battle to sign Sevilla star Jules Kounde. The cash-strapped Catalan club are indebted to De Jong and their failure to find a resolution over the player’s unpaid wages is understood to be holding up efforts to hijack Kounde’s proposed move to Stamford Bridge.

Despite Chelsea reportedly having agreed a fee in excess of £50million with Sevilla for the centre-back, Barcelona are doing their utmost to derail the deal. The Blaugrana are thought to have contacted Kounde directly and have encouraged the defender to delay a decision over his future in order to allow them time to rebalance the club’s books and put themselves in a position where they are capable of submitting a rival bid.

But the La Liga giants must first sell before they can buy, which is where De Jong comes in. In addition to the midfielder’s reluctance to leave, he is demanding to be paid a sizeable amount in previously deferred wages.

According to The Independent, Barcelona have again informed De Jong that the club ‘need’ him to go this summer as his refusal is now impacting their ability to conduct any further transfer business – namely signing Kounde. The Spanish side are understood to owe the 25-year-old around £14.4m in postponed wages.

It is believed Barcelona have made initial efforts to resolve the matter by tabling De Jong a compromised offer in order to clear such debts and force through his exit to United, in a deal which would exceed £70m. However, it is thought the club’s proposal was over £8.4m shy of the amount the Netherlands international is owed.

Until the issue is resolved, or the club’s books can be rebalanced with the help of other sales, Barcelona are said to be unlikely to press forward with their efforts to sign Kounde. The impasse over De Jong’s wage uncertainty and his intended move to United is only aiding Chelsea’s hopes of signing the Sevilla centre-back.

Denial of responsibility! NewsUpdate is an automatic aggregator around the global media. All the content are available free on Internet. We have just arranged it in one platform for educational purpose only. In each content, the hyperlink to the primary source is specified. All trademarks belong to their rightful owners, all materials to their authors. If you are the owner of the content and do not want us to publish your materials on our website, please contact us by email – [email protected]. The content will be deleted within 24 hours.
8.4mbarcelonabest sports newschelseafixJulesKoundeMan

Fuelled by history, ssons and dottirs ready to make mark Hosting the most hyped Chess match in history