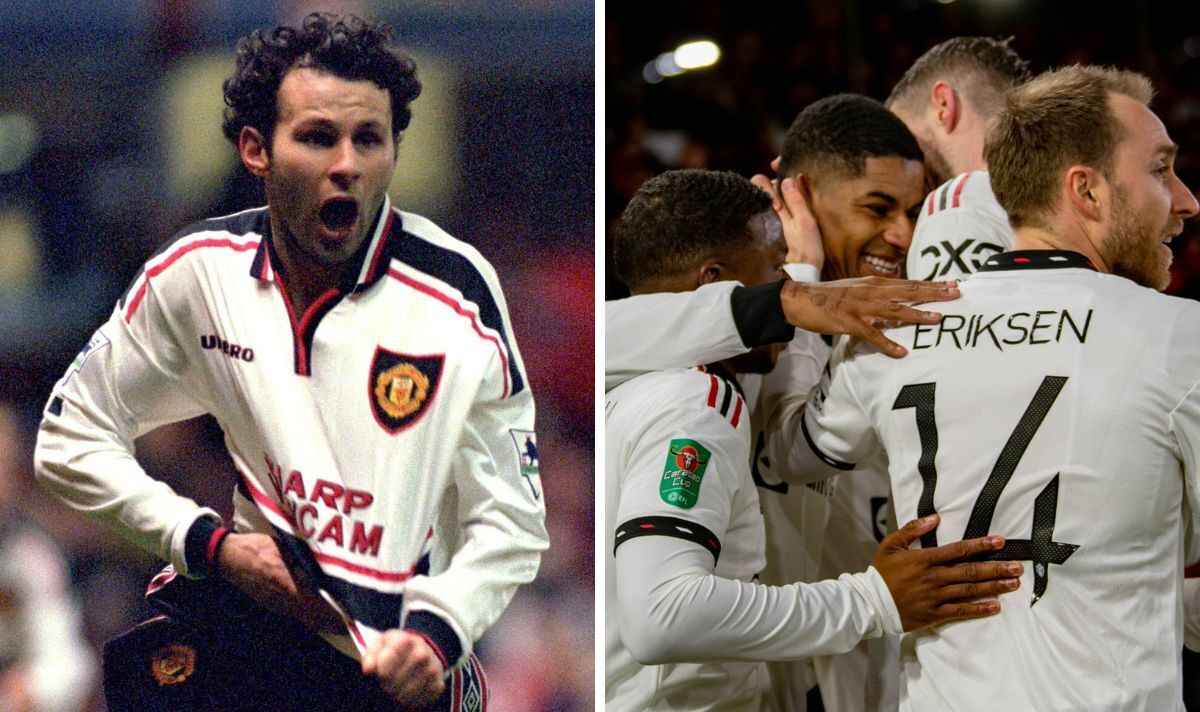 A white retro-looking kit with black shorts, direct dribbling from the left flank and a brilliant finish to match. We’ve seen that before from a Manchester United winger. Marcus Rashford’s stunning solo opener at Nottingham Forest was reminiscent of Ryan Giggs’ wonder FA Cup goal against Arsenal in 1999 and that is telling of his current confidence levels. The scintillating forward is simply in the form of his life and this is undoubtedly the best version of Rashford we have seen in the red of United.

We should have realised his eye-catching World Cup campaign was a sign of things to come as he netted three times for England on their way to the quarter-finals where they were eventually beaten by France in agonising fashion.

But Rashford used his performances in Qatar as a springboard to step up his game with United upon return to England and now he is delivering consistently – something that has been lacking throughout his career.

Rashford has shown signs of elevating his talent to the next level in spells but now he has truly cranked things up a notch and he is carrying the torch as United’s MVP following Cristiano Ronaldo’s departure.

That was evident here in the early stages of the match when he picked up the ball and just decided to run at the helpless Forest defence. They seemed so powerless.

Old Trafford chiefs are also optimistic Rashford wants to stay but they should be taking no chances. Paris Saint-Germain are open admirers of the 25-year-old and others could come calling if his contract situation rumbles on.

There’s no other place where Rashford could envisage playing his football but United now have to make the decisive steps to tie him down. It’s a crucial step of their rebuild under Erik ten Hag.

They desperately need these talismanic figures to keep driving them forward just as they have done this season under the Dutch tactician.

Rashford is absolutely integral to United’s future and while there is seemingly no rush on his future, it should be among the topics top of their agenda.

There is perhaps a counter argument that Rashford may not want any distractions that risk disrupting his current form but on the flip side – you need to strike while the iron is hot.

“This is the best place to be because we want to construct the best team – first in England, then Europe, then the world,” the United boss said ahead of the League Cup semi-final at Nottingham Forest.

“It is confidential, talks between clubs and players, [but] he understands Manchester United is his club and also in this environment, this team, he is playing his best football. He is improving, he is giving 100 per cent.

“He can bring his qualities and this team can help him be in the right position to score goals. The team is constructed so that his qualities come to the fore. He knows he is important for us and if we want to succeed we need him.”

Rashford needs United just as much as United need him. They’re a match made in heaven and it is undoubtedly time to renew their vowels.

Denial of responsibility! NewsUpdate is an automatic aggregator around the global media. All the content are available free on Internet. We have just arranged it in one platform for educational purpose only. In each content, the hyperlink to the primary source is specified. All trademarks belong to their rightful owners, all materials to their authors. If you are the owner of the content and do not want us to publish your materials on our website, please contact us by email – [email protected]. The content will be deleted within 24 hours.
actionbest sports newschannelsGiggsMannews update sportsnewsupdateRashford