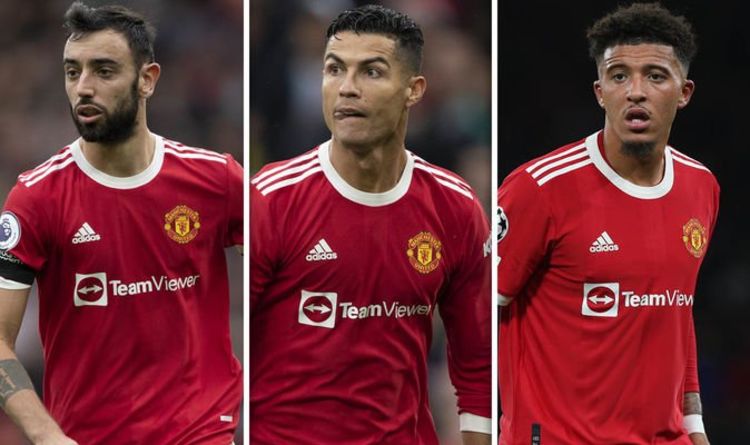 With the international break now upon is, it’s time to look at Manchester United’s season so far. Life under Ole Gunnar Solskjaer has been typically erratic, with the Red Devils blowing hot and cold. Express Sport will now take a look at the United players’ performances this term and give them an overall rating based on what they’ve done on the field to this point.

After a few years of inconsistency, David de Gea is back to his best. He’s been brilliant so far, but a lack of a clean sheet prevents him from getting top marks.

Started off well before losing his place to Raphael Varane. Was poor against Everton but his other performances have been better.

Eric Bailly has started just one match for United, the 1-0 Carabao Cup defeat to West Ham. Giving him a new contract looks a foolish move, with the player simply not good enough.

The biggest compliment we can pay Harry Maguire is that when he’s injured, United struggle. The sooner he’s back fit, the better, and he’s enjoyed a positive start so far.

Still divides opinion, but Paul Pogba has seven assists to his name. That’s three more than Gabriel Jesus and Adboulaye Dacoure, which is quite a feat.

He came to conquer and, with five goals from as many starts, hasn’t disappointed. A-list, in every sense of the word.

Juan Mata merely trains these days, only playing for United when they’re rotating. The best days are behind him and he was poor against West Ham in his only start.

It would have been a D but he looked impressive against Everton, and United will hope he can now kick on.

Ended last season in fine fettle and scored in United’s first three league fixtures. The goals have dried up a little but he’s so good it’s likely only to be a mini blip.

We pondered a B for Jesse Lingard but the fact he barely starts counts against him. However, having struck twice this term, he certainly deserves more minutes.

Conte’s comments on Tottenham job with Nuno under fire

Continues to look a weak link in this United side and there’s a sense he’ll never justify the club’s £52million outlay on him.

It’s been another fine start to the season for Bruno Fernandes but his failure to score in the club’s last four games, coupled with his penalty miss against Aston Villa, holds him back.

United look composed with Raphael Varane but the France international is yet to elevate this side. That should come in time, though.

No wonder United wanted to sign Kieran Trippier. Diogo Dalot can attack but, defensively, he leaves plenty to be desired.

No goals yet for Edinson Cavani yet he’s looked bright when on the pitch. Just needs to stay fit to partner Ronaldo in attack.

Not quite the same player as last season just yet. However, again, that’s something we’re expecting to change as the season goes on.

We don’t want to pick on anybody but, for a fee of £73million, Jadon Sancho is yet to deliver. No goals, no assists, but plenty of room to get better.

Played just once but was impressive against West Ham, keeping a string of saves to prevent the Hammers from running riot.

Alex Telles scored for United against Villarreal recently. However, he’s just a squad player – and that comes with limitations.

Defensively good as ever. Yet if he’s to really be the best right-back in the world, his attacking output needs to get drastically better.

Has his uses and quite hard to judge. The legs have gone but remains a good presence within this squad.

Perhaps harsh, perhaps not. Donny van de Beek has barely done anything for United in a year and a parting of the ways in January would suit all parties.

Injury clearly is still hampering Scott McTominay. The Scot has his qualities but he needs to regain full fitness before he can start dictating matches.

Denial of responsibility! NewsUpdate is an automatic aggregator around the global media. All the content are available free on Internet. We have just arranged it in one platform for educational purpose only. In each content, the hyperlink to the primary source is specified. All trademarks belong to their rightful owners, all materials to their authors. If you are the owner of the content and do not want us to publish your materials on our website, please contact us by email – [email protected]. The content will be deleted within 24 hours.
best sports newsCristianoJadonMannews update sportsnewsupdatePlayersrated