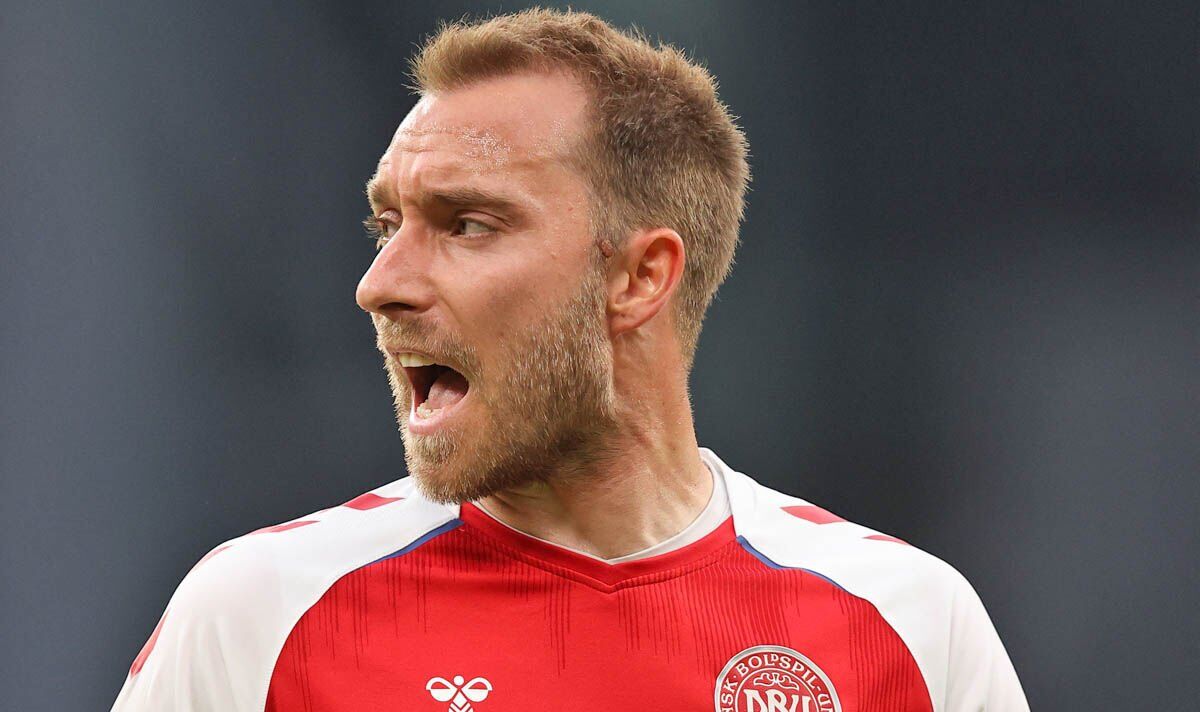 Manchester United appear to be in for Christian Eriksen. But, while they indeed have interest in the Denmark international, news of a contract offer could feasibly be a way of forcing Barcelona to cash in on Frenkie de Jong. The Catalan giants need to balance their finances this summer – and parting ways with the 25-year-old would be one way of doing that.

Then, three years ago, Ole Gunnar Solskjaer tried to bring the Denmark international in amid uncertainty over his Tottenham future at the time.

Ultimately, however, the playmaker opted to leave Spurs for Inter Milan months later instead.

United are now trying to sign Eriksen once again, however, with The Athletic claiming they’ve tabled a contract offer to the player.

The 30-year-old is technically a free agent after his Brentford contract expired, having signed a short-term deal with the Bees earlier in the campaign.

And, now, United appear to be in for Eriksen as they look to make the first signing of the Erik ten Hag era.

However, there are reasons to doubt the feasibility of a deal.

Firstly, Tottenham are also eager to bring Eriksen back to north London – after he quit the club when Jose Mourinho was manager.

Whether United like it or not, Spurs may be a more attractive option – something that seemed unfathomable just a decade ago.

Eriksen enjoyed his time in the capital, evolving into a world-class player under the guidance of Mauricio Pochettino.

And he only left because he felt Tottenham weren’t being ambitious enough and was tired at their failure to compete with the best teams on the planet – despite the fact they reached the Champions League final mere months before his departure.

Tottenham have Champions League football to offer Eriksen, too.

And that’s something United can’t provide after they finished sixth in the table last time out, toiling under both Ole Gunnar Solskjaer and Ralf Rangnick.

Tottenham, rather than their Premier League rivals, still seem like the most-realistic suitors for Eriksen.

So that certainly begs the question: Is United’s tabling of a contract offer being done with an ulterior motive in mind?

De Jong is their top target at the current moment in time – something that’s been well-documented in recent weeks and months.

And with United now allowing their interest in Eriksen to spill out, it could be a way of putting pressure on Barcelona.

The Catalan giants, though they won’t admit it, want to get De Jong off their books in order to balance their finances.

They want every penny possible from United – but the Red Devils have made it known they won’t be held to ransom.

If they do indeed bring Eriksen to Old Trafford, it would somewhat lessen the need for De Jong as well.

And that would leave Barcelona in a panic, with the Catalan titans needing to make a big sale by June 30.

That was recently confirmed by club president Joan Laporta, who said: “We were in a very tight financial situation and that is the priority now.

“We have clearly worked very hard this year.

“If we can sort out the club’s finances before June 30, and I think we will, then we will be able to undertake all the operations we have planned.”

It’ll be interesting to see how all these sagas play out.

United would gladly welcome Eriksen to the club but there’s still a sense he’ll end up at Tottenham instead.

But this could all be a sneaky tactic of ensuring Barcelona finally let De Jong go, too.

Denial of responsibility! NewsUpdate is an automatic aggregator around the global media. All the content are available free on Internet. We have just arranged it in one platform for educational purpose only. In each content, the hyperlink to the primary source is specified. All trademarks belong to their rightful owners, all materials to their authors. If you are the owner of the content and do not want us to publish your materials on our website, please contact us by email – [email protected]. The content will be deleted within 24 hours.
best sports newsChristianEriksenManchesternews update sportsnewsupdatesigningSmokescreen