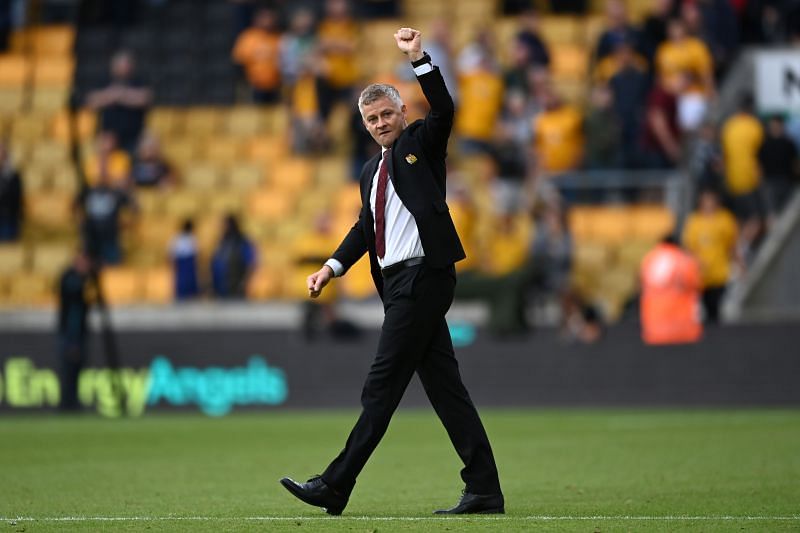 Manchester United marked Cristiano Ronaldo’s homecoming with a 4-1 win over Newcastle United at Old Trafford. The Portuguese scored a brace, while Bruno Fernandes and Jesse Lingard also found the back of the net to propel the Red Devils to the top of the Premier League table.

Manchester United are currently working on a new contract for a Portuguese midfielder, who has been on fire since joining the club. The Red Devils have identified an alternative to Declan Rice.

On that note, let’s take a look at the major Manchester United transfer stories from 11 September 2021.

Manchester United are working on a new contract for Bruno Fernandes, according to The Express via O Jogo. The Red Devils are desperate to tie the Portuguese, who has evolved into one of their most important players, to a new deal. Contrary to rumors doing the rounds, negotiations are progressing well.

Bruno Fernandes has lifted spirits at Manchester United since joining the club in January 2020. He has transformed the Red Devils into title challengers and is one of the finest midfielders in Europe right now.

The Portuguese also played a pivotal role in convincing his countryman Cristiano Ronaldo to return to Old Trafford and the Premier League giants are ready to reward him for his efforts.

Manchester United are preparing to offer Bruno Fernandes a wage hike on his new contract. The Portuguese will earn close to the £290,000 weekly salary currently pocketed by Paul Pogba, making him one of the highest earners at the club.

Bruno Fernandes has no intentions of leaving Old Trafford any time soon, but the Red Devils are eager to ensure that he stays at the club for as long as possible.

Manchester United have identified Boubacar Kamara as the ideal alternative to Declan Rice, according to Sport Witness. The Red Devils were planning to sign a defensive midfielder this summer, with the Englishman on the shortlist along with Ruben Neves and Eduardo Camavinga.

However, the Premier League giants failed to complete a deal for any of the aforementioned stars.

Ole Gunnar Solskjaer is eager to bring Rice to Old Trafford and Manchester United are expected to return for the player next summer. However, West Ham United’s £100m price tag poses a problem for the Red Devils, who have identified Boubacar Kamar as a cheaper alternative.

Massimiliano Allegri has shed light on Cristiano Ronaldo’s exit from Turin. The Portuguese parted ways with Juventus this summer and completed a sensational return to Old Trafford.

Speaking at his press conference on Friday, as relayed by Sport Witness, Allegri claimed Cristiano Ronaldo had found a solution at Manchester United and wished him all the best.

“He didn’t want to play for Juventus and he found a solution at Manchester United. It would have been his last year anyway, we anticipated his farewell. Cristiano has had a wonderful three years, we wish him the best,” said Allegri.

Loading...
Denial of responsibility! NewsUpdate is an automatic aggregator around the global media. All the content are available free on Internet. We have just arranged it in one platform for educational purpose only. In each content, the hyperlink to the primary source is specified. All trademarks belong to their rightful owners, all materials to their authors. If you are the owner of the content and do not want us to publish your materials on our website, please contact us by email – [email protected]. The content will be deleted within 24 hours.
Loading...
11thacealternativebest sports newsBruno FernandesclubcontractCristiano Ronaldo

US Open: Fairytale final proves tennis is in good hands as Raducanu triumphs