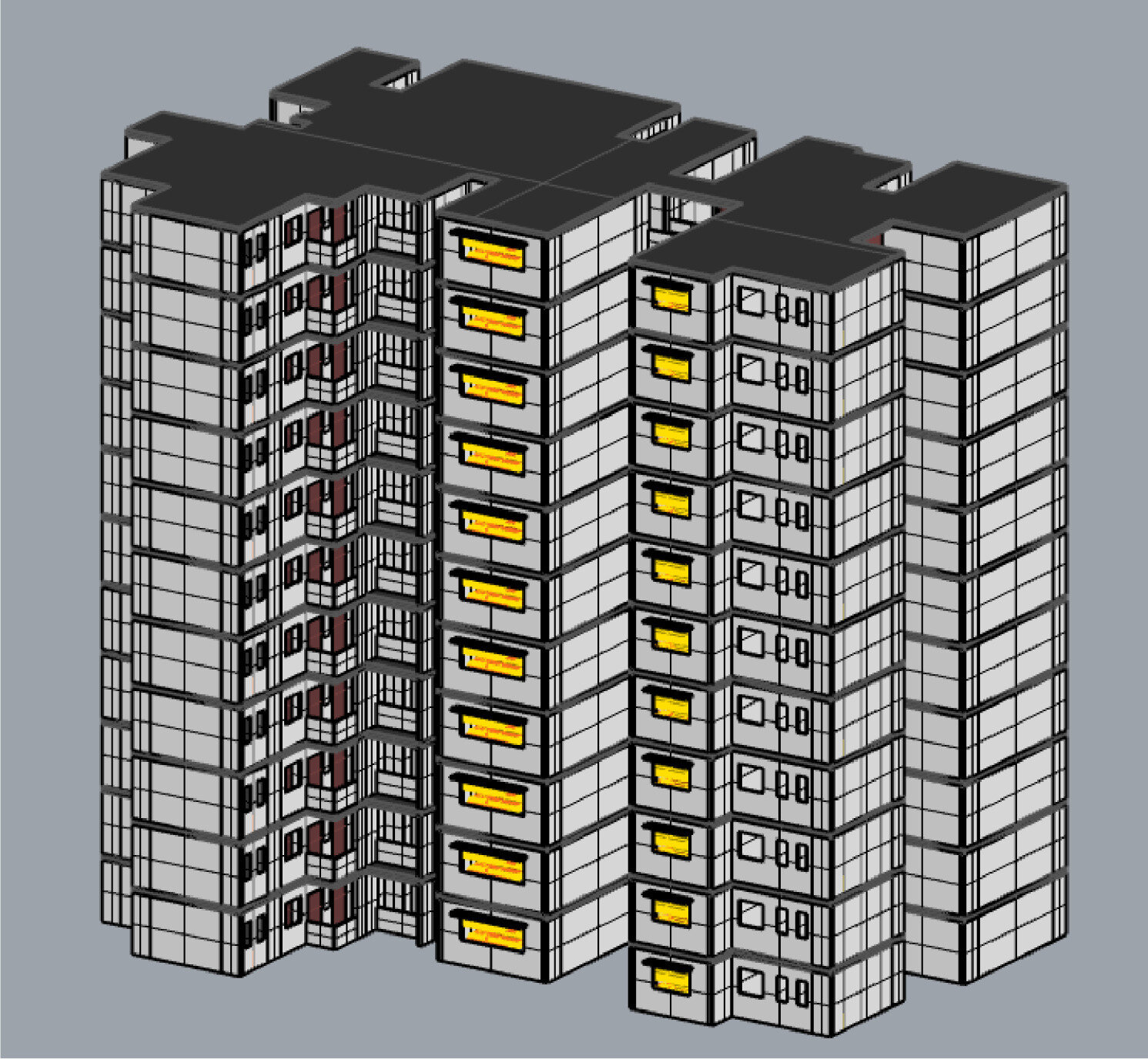 Mapping where the wind blows in worker dormitories

In Singapore, one group affected by the pandemic early on were the foreign workers, especially during 2020’s spike in COVID-19 cases in dormitories. While several factors have been cited as factors driving the spike, the pandemic ultimately shone a spotlight on the densely packed living conditions—an environment ripe for viral transmission.

Given the prevalence of COVID-19 in such spaces, researchers from the Singapore University of Technology and Design (SUTD) analyzed the ventilation in two sample dormitories in Singapore using computational fluid dynamics. Their findings were published in Sustainable Cities and Society.

As the virus causing COVID-19 can spread through droplets, good ventilation is an important tool in battling the pandemic. Without a well-ventilated space, stagnant air allows droplets from an infected person to linger in the vicinity—increasing the chance that other people can breathe in these infectious droplets, explained Dr. Zheng Kai, Faculty Fellow at SUTD’s Architecture and Sustainable Design (ASD) pillar and principal investigator of the study.

The risks posed by a lack of ventilation are especially apparent when several people live within a small space, such as in worker dormitories. To see how different factors influence droplet transmission in such spaces, Dr. Zheng and his team used computational fluid dynamics software to model the flow of air in two dormitories. “We found that wind flow and viral transmission depends on factors like building typology and layout,” he said.

To accurately capture the effects of natural ventilation and the spread of respiratory droplets even across different building typologies, Dr. Zheng and his colleagues studied the two dormitories using a micro and macro-level approach. At the micro-level, the researchers traced the spread of droplets from just one infected person in the building, whereas at the macro-level, they explored airflow and particle transmission within and across buildings.

For the micro-level approach, the team looked at Dorm A (refer to Fig 1), an 11-storey building block with certain rooms that had two windows on opposite sides. Such a set-up allowed for good cross ventilation, or when wind flows into the room from one opening and out of another, noted Dr. Zheng.

After simulating the spread of a sneeze in Dorm A, the researchers found that while lighter particles were very quickly transported by wind out of the room, heavier particles circulated from bed to bed, and even from lower to upper deck beds before being blown out of the room.

If air remained stagnant, even lighter droplets remained in the Dorm A room after 10 minutes—posing a risk to the other occupants. Based on the simulations, even suggested interventions such as removing upper deck beds or increasing bed distance showed little airflow change.

Meanwhile, Dorm B (refer to Fig 2) had long rows of closely spaced buildings—making it suitable for macro-scale ventilation studies. Due to its orientation and the lack of openings for cross ventilation, very little wind entered Dorm B, with the researchers finding that sneeze particles often lingered in rooms for at least a few minutes. Outside, the close vicinity of the buildings led to what is called a high urban canyon aspect ratio, leading wind to skim over the spaces or canyons in between the buildings and causing stagnant air.

“Having more openings is generally useful because this can lead to better natural ventilation,” explained Dr. Zheng. “However, this is not always necessarily true.” For instance, Dorm B only had openings on one side of the room, which was blocked by a closely located neighboring block.

“In this case, even if the windows and doors are open, there is barely any ventilation because there are obstacles blocking the prevailing wind directions. The single-sided opening also means there is no pressure difference in the room, leading to less wind,” he added.

Beyond well-placed doors and windows, wind scoops—building features that scoop wind from the outside and direct it indoors—could be used to improve ventilation, as well as strategically placed mechanical ventilation in the form of standing fans that can direct wind out of the rooms.

Ventilation could also be improved by ensuring that buildings line up with Singapore’s prevailing wind direction, which is generally oriented North-East and South. Dr. Zheng cautioned, however, that such measures should be tailored to each dormitory.

“Blanket measures are not useful and not necessarily effective at curbing viral transmission,” he said. “Instead, we can design for cross ventilation in the rooms wherever possible.”

While this study focuses on worker dormitories, the team is also working on modeling ventilation in other high-risk public areas, such as hospitals, campuses and even food and beverage establishments, with the hope that their suggestions will be adopted by stakeholders. “Future directions will look at developing a simple risk quantification tool based on ventilation and possible viral transmission,” concluded Dr. Zheng.

More information:
Kai Zheng et al, Ventilation in worker dormitories and its impact on the spread of respiratory droplets, Sustainable Cities and Society (2021). DOI: 10.1016/j.scs.2021.103327
Provided by
Singapore University of Technology and Design

Denial of responsibility! NewsUpdate is an automatic aggregator around the global media. All the content are available free on Internet. We have just arranged it in one platform for educational purpose only. In each content, the hyperlink to the primary source is specified. All trademarks belong to their rightful owners, all materials to their authors. If you are the owner of the content and do not want us to publish your materials on our website, please contact us by email – [email protected]. The content will be deleted within 24 hours.
best technology newsBlowsdormitoriesmappingnews update technewsupdatetech newstech update