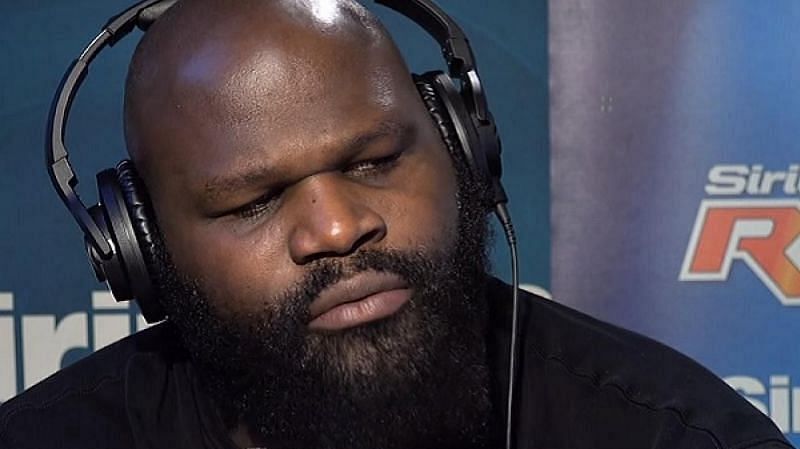 In the latest edition of the Busted Open Radio Podcast, WWE Hall of Famer Mark Henry revealed that AEW star PAC had a concussion a month and a half ago. Henry also stated his displeasure at watching PAC take a bump off the ladder during this week’s episode of AEW Dynamite.

AEW booked a casino ladder match for this week’s Dynamite and the winner of the match was going to get a shot at the AEW world title. PAC was part of the ladder match and the former WWE superstar put in a decent showing.

However, Mark Henry wasn’t so happy with PAC taking such bumps in the match. He revealed that the Death Triangle member suffered a concussion only a month and a half ago. Henry also stated in the podcast that he was afraid for PAC’s health after watching the match:

“I would not have had a guy that was injured recently take a big bump off the top of the ladder to the floor on his back. I watched PAC, I watched his head snap back and hit the mat and he just had a concussion like a month and a half ago. I mean I’m probably breaking HIPAA laws, but everybody saw that. Maybe he’s the one that called it, I don’t know, but it scared me because I’m concerned about the guys and girls,” said Mark Henry. (H/T Sescoops)

PAC was part of some brilliant spots in the match and one of them was when he took a Deadeye from Hangman Page off a ladder, through a table. It would be remiss for the high-flyer to have hurt himself again, given his history with injuries.

Mark Henry knows how injuries can break a career

Mark Henry being scared of PAC taking a bad bump just after recovering from a concussion shows how much he cares about his fellow workers. Henry is no stranger to injuries ruining one’s career as he has mentioned that his career was ruined by injuries.

He stated that even though he came back to WWE after recovering from an Injury, Henry knew that he couldn’t wrestle anymore:

“It wasn’t heat with the company or nothing like that. I just told Vince. I was like, ‘Man, I’m done. I don’t want to wrestle no more. even though I healed up and came back, I was still in pain all the time,” revealed Mark Henry.

Injuries can be very serious if they aren’t properly taken care of. Fans can hope that the concussion suffered by PAC wasn’t a major one and that he was well and healthy when he entered the ring this week.

What happened when AEW’s new giant met The Great Khali? Click here to find out.

Denial of responsibility! NewsUpdate is an automatic aggregator around the global media. All the content are available free on Internet. We have just arranged it in one platform for educational purpose only. In each content, the hyperlink to the primary source is specified. All trademarks belong to their rightful owners, all materials to their authors. If you are the owner of the content and do not want us to publish your materials on our website, please contact us by email – [email protected]. The content will be deleted within 24 hours.
AEWAEW Dynamitebest sports newsConcussionHenrymarkMark HenryNews

What is error code Terracotta in Minecraft?