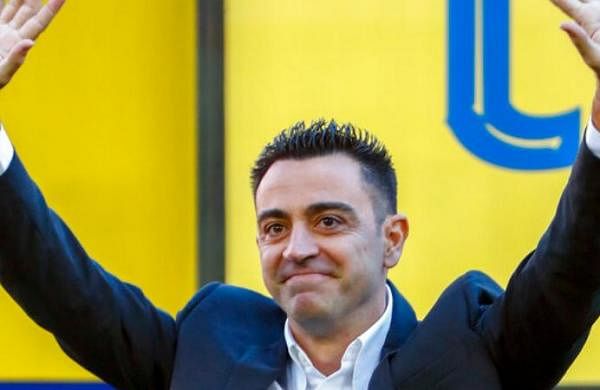 BARCELONA: A look at what’s happening in European soccer on Saturday:

Xavi Hernández makes his coaching debut at Barcelona when it hosts Espanyol in a derby at Camp Nou. Xavi has had little time to work with his full squad since taking over from Ronald Koeman two weeks ago with many players having been away with their national teams. He also has several players injured, including striker Ansu Fati.

Espanyol aims to get its first win over its crosstown rival since 2009. The city’s more modest club is level on points with Xavi’s side entering the round, and Espanyol striker Raúl de Tomás is one of the hottest scorers in the Spanish league.

Sevilla also hosts Alavés seeking a win that would make it the overnight league leader. Atlético Madrid hosts Osasuna trying to keep pace with the top three teams, while Villarreal is at Celta Vigo.

Three teams will be under new managers when the Premier League resumes after the international break. But Eddie Howe will be unable to lead Newcastle in person after being forced into isolation on Friday after testing positive for the coronavirus ahead of his first game in charge of the Saudi-owned club at home to Brentford.

Former Liverpool midfielder Steven Gerrard should be back on the touchline on his return to England with Aston Villa and takes on Brighton on his debut.

Fired by Villa, Dean Smith made an immediate return to management at Norwich and the last-placed team hosts Southampton.

Liverpool hosts Arsenal in the headline match of the 12th round while leader Chelsea is away to Leicester and Manchester United visits Watford.

AC Milan looks to extend its perfect start at a Fiorentina side featuring one of the league’s top young strikers in Dusan Vlahovic, who has scored eight goals. A victory for Milan would put pressure on Serie A leader Napoli, which visits defending champion Inter Milan on Sunday.

Napoli and Milan are level on points but Napoli leads on goal difference.

Atalanta, which is on a five-match unbeaten run, hosts Spezia.

Borussia Dortmund is still without injured striker Erling Haaland as it hosts Stuttgart in the Bundesliga. Haaland has a hip muscle injury and it’s not clear if he’ll return to action before the league’s winter break next month.

Stuttgart is 15th and winless in its last four league games.

Union Berlin takes on Hertha Berlin in a local rivalry. It’s the first game with a full crowd at Union’s stadium since early last year but comes as infection rates in the German capital rise.

Bayer Leverkusen hosts Bochum as it seeks its first win since a crushing 5-1 loss to Bayern Munich last month.

Runaway leader Paris Saint-Germain takes on Nantes looking to get ready for next week’s Champions League clash with Manchester City. Mauricio Pochettino’s players have a comfortable 10-point lead at the top of the French league standings ahead of Saturday’s game at the Parc des Princes. Lionel Messi, still chasing his first league goal for PSG, could make his return after missing the 3-2 win in Bordeaux with a knee injury before the international break.

In the battle for European spots, fifth-place Rennes looks to extend its unbeaten run to 11 games in all competitions against Montpellier. Gaetan Laborde, the top scorer in the league, will lead the attack for Rennes against his former club.

Denial of responsibility! NewsUpdate is an automatic aggregator around the global media. All the content are available free on Internet. We have just arranged it in one platform for educational purpose only. In each content, the hyperlink to the primary source is specified. All trademarks belong to their rightful owners, all materials to their authors. If you are the owner of the content and do not want us to publish your materials on our website, please contact us by email – [email protected]. The content will be deleted within 24 hours.
1stamongAston Villa vs Brightonbarcelona vs espanyolbest sports newschargeChelsea vs Leicestercoaches

What channel is Alabama vs. Arkansas on today? Time, TV schedule for 2021 SEC football game

Qatar 2022 World Cup countdown: The road to Qatar – who’s qualified, who can’t and who might