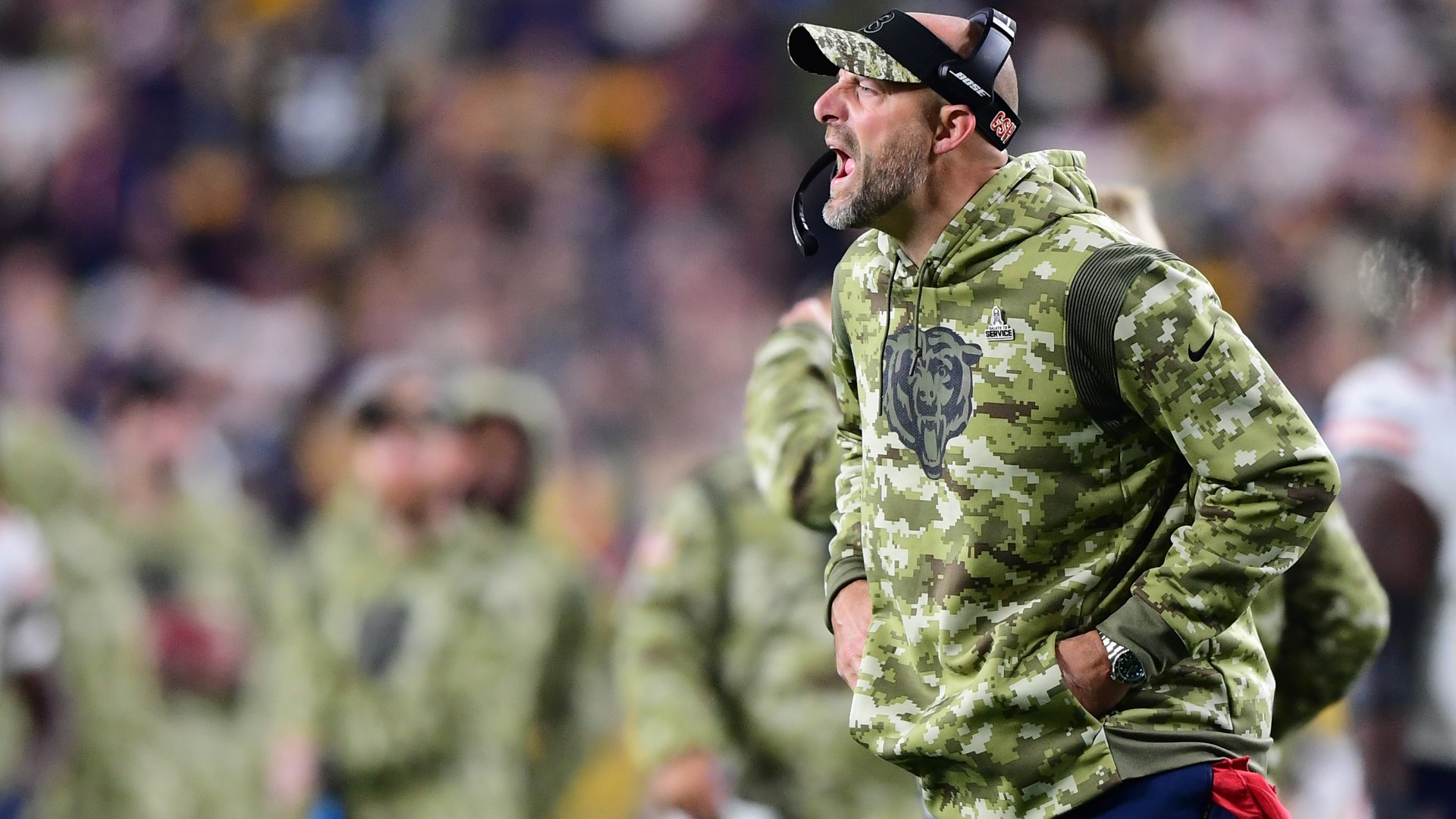 Matt Nagy loses it over ill-timed headset gaffe before Bears’ meltdown vs. Ravens

Matt Nagy and the Bears’ offense have struggled in 2021. They had another tough day against the Ravens, and one sequence, in particular, encapsulated Chicago’s season-long struggles.

It all began when the Bears threw an incomplete pass on third-and-1 at about midfield in the early stages of the fourth quarter. Andy Dalton couldn’t connect with Darnell Mooney, and the Bears were set to go three-and-out. They sent the punt team onto the field, but Nagy called time out.

MORE: Who is Tyler Huntley? Meet the Ravens’ QB with Lamar Jackson out

Apparently, Nagy was having headset issues. He was unable to communicate with his assistants above the field, and he was, understandably, extremely frustrated by the communication problems.

Eventually, the Bears decided to run their offense back onto the field. On fourth-and-1, they handed the ball to David Montgomery. The running back was tackled for no gain.

As a result, the Ravens took over with their best field position of the day. And even if they hadn’t been able to stop Montgomery, there was a penalty called against the Bears, so they likely would have gotten the ball back via punt.

It’s unclear exactly how much of an impact Nagy’s headset issues had on this decision, but it certainly forced them to use a timeout at the very least. The team’s call also flipped the field in favor of the Ravens.

That proved consequential, as the Ravens notched a go-ahead field goal two possessions later after blocking a Chicago punt. That field goal proved to be the difference in the game, as the Ravens and Bears traded late-game touchdowns, but the Ravens emerged with a 16-13 win.

This isn’t the first time we’ve seen headset issues impact a coach in 2021, but Nagy’s problem couldn’t have come at a worse time. It was far from the only reason that the Bears lost, but that one play certainly swung the momentum in favor of the Ravens.

Denial of responsibility! NewsUpdate is an automatic aggregator around the global media. All the content are available free on Internet. We have just arranged it in one platform for educational purpose only. In each content, the hyperlink to the primary source is specified. All trademarks belong to their rightful owners, all materials to their authors. If you are the owner of the content and do not want us to publish your materials on our website, please contact us by email – [email protected]. The content will be deleted within 24 hours.
Bearsbest sports newsgaffeheadsetilltimedlosesMattmeltdown