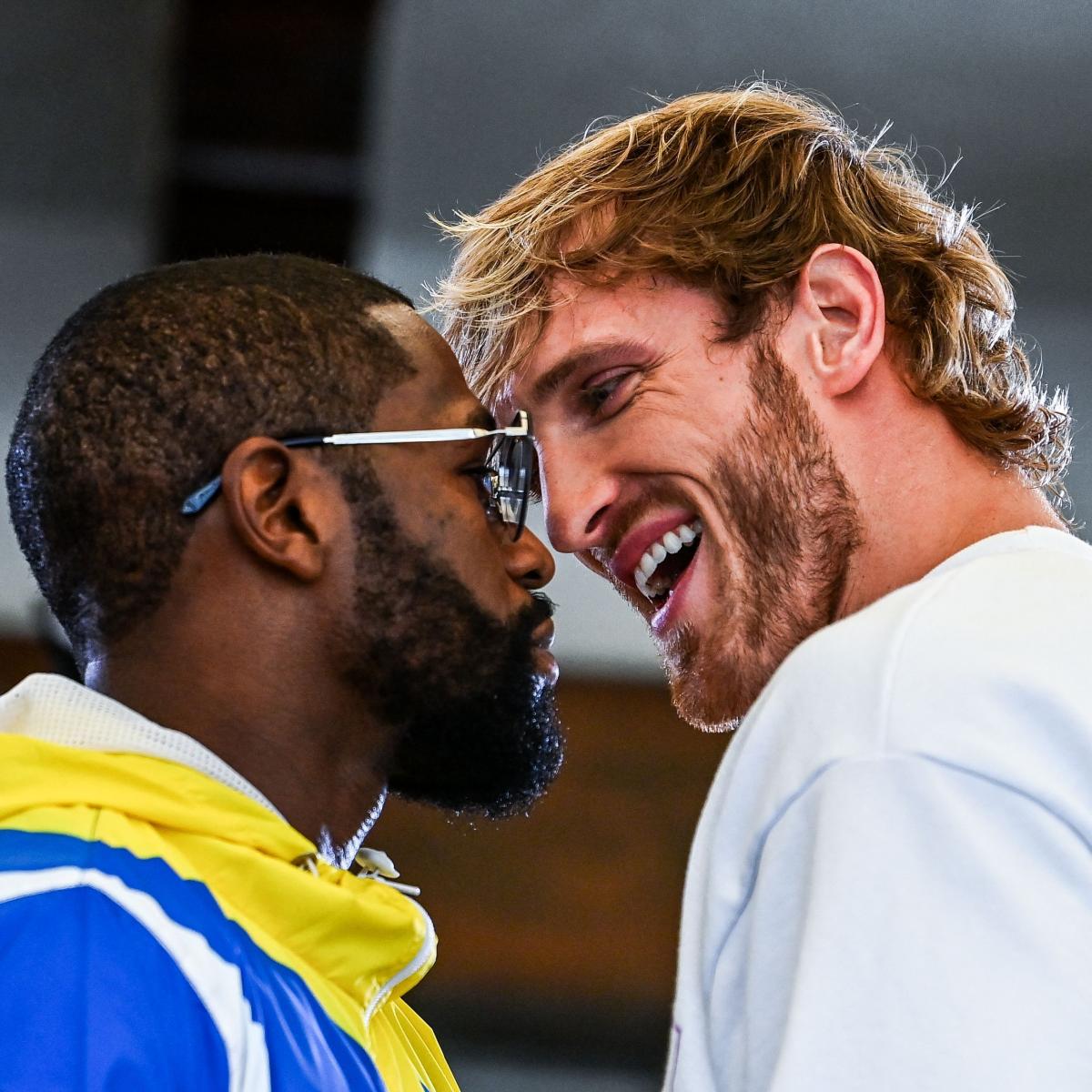 Floyd Mayweather Jr. and Logan Paul will meet in a special exhibition match Sunday, but the drama is likely to start when the two step on the scales Saturday evening.

The pairing is a perfect example of the marriage between combat sports and spectacle. In one corner is Mayweather, whose slick defense and skills in the ring are only rivaled by his ability to sell his fights outside of it. In the other, is a YouTuber with precisely one professional fight under his belt who is looking for his first win.

It might not make any sense from a competitive standpoint, but it’s likely to be a profitable endeavor for both parties. Paul has more than 23 million subscribers on YouTube, while Mayweather is the biggest pay-per-view draw in boxing.

Making the matchup even more unique is the size difference. Mayweather has contended much of his career under 150 pounds and stands at 5’8″. Meanwhile, Paul is 6’2″ and weighed in at 199.4 pounds ahead of his only other pro fight against fellow YouTuber KSI.

The weigh-in could have financial ramifications for the fight as well. Logan Paul is reportedly set to be fined $100,000 for every pound he weighs over 190. Given the nature of the fight and the spectacle involved, there’s almost guaranteed to be some conflict when the two hit the scale.

The exhibition will have special rules. The two will wear 12-ounce gloves and the fight is scheduled for eight three-minute rounds. There will be no judges and no official winner read, but knockouts are allowed, per Marc Raimondi of ESPN.

As with any of these novelty fights the result is going to come down to how invested both parties are. The more intense the bout becomes, the more it favors Mayweather. He’s a world-class boxer with a 50-0 record, while Paul has only fought as a professional once.

There’s also a huge disparity in boxing skill. Mayweather is one of the smartest boxers of all time. His defense makes him nearly impossible to hurt, and he is excellent at making an opponent chase and expert at picking the right spots to counter.

Paul doesn’t have much experience to go off of but did show off a decent jab when he fought KSI. The problem is that anytime he connected on the jab, he was all too eager to follow up with wild, looping hooks.

If Mayweather is keen to drag things out and put on a show, he will likely just make Paul look foolish by being unhittable. If he’s looking to make his money a little more quickly, he won’t have a hard time finding openings.

The boxing legend doesn’t seem too concerned, telling ESPN he can beat Paul with his “Z-game.”

Mayweather’s past two fights have been under unusual circumstances. He knocked out former UFC champion Conor McGregor in the 10th round in 2017 and then knocked out kickboxer Tenshin Nasukawa in the first round of his only other exhibition match in 2018.

If he takes things that seriously against Paul, this one might not last long. At least McGregor and Nasukawa were decorated strikers within their own sports. Paul is still green in the boxing arena, and this will go as long as Mayweather wants it to.

Paul and Mayweather aren’t the only two stepping on the scales. The undercard features another exhibition and two sanctioned boxing matches.

The first is an exhibition that will see former NFL wide receiver Chad Johnson don boxing gloves for the first time. He will fight Brian Maxwell, who has an 0-3 record as a boxer and a 2-2 record in MMA. Both of his wins in the cage have come by submission. The fight is scheduled for four rounds.

The official professional matches start with Jarrett Hurd meeting Luis Arias in junior middleweight action. Badou Jack was supposed to get a light heavyweight rematch against Jean Pascal but will instead face Dervin Colina after Pascal failed a drug test.

Denial of responsibility! NewsUpdate is an automatic aggregator around the global media. All the content are available free on Internet. We have just arranged it in one platform for educational purpose only. In each content, the hyperlink to the primary source is specified. All trademarks belong to their rightful owners, all materials to their authors. If you are the owner of the content and do not want us to publish your materials on our website, please contact us by email – [email protected]. The content will be deleted within 24 hours.
Loading...
Loading...
best sports newsdateLiveMayweathernews update sportsnewsupdatePaulsports news

Bills that could force Big Tech breakups unveiled in House