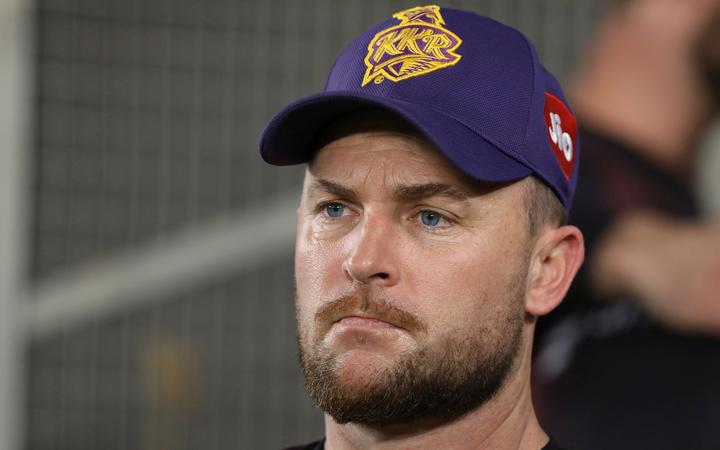 The 40-year-old has agreed to take the role and, subject to a contract being finalised, official confirmation could come by the end of the week.

McCullum, coach of Indian Premier League side Kolkata Knight Riders, is likely to end his work in franchise cricket to be full-time with England.

He will replace Chris Silverwood, who left his position in February.

However, McCullum sees a more appealing challenge in reviving a team who have won only one of their past 17 matches.

He impressed in interviews held on Monday and Tuesday of this week and has beaten off competition from former South Africa and India coach Gary Kirsten, who was thought to be favourite for the Test job.

McCullum, who retired from playing in 2019, has never coached in first-class cricket, but played 101 Tests for New Zealand.

As well as leading the Black Caps to the 2015 World Cup final, he also began a resurgence in their Test cricket performance that led to them being crowned as the inaugural world champions last year.

His penchant for attacking cricket raises the prospect of an exciting partnership with new England Test captain Ben Stokes.

With Kolkata likely to go out of the IPL next Wednesday, McCullum could be in place for England’s first Test of the summer, against his home country New Zealand, at Lord’s on 2 June.

The squad for that Test is set to be chosen next week.

England are not as close to naming the new white-ball coach, with candidates likely to be spoken to again next week.

There is not the same time pressure on naming the limited-overs boss, with the first engagement of the summer not until a three-match one-day series in the Netherlands, beginning on 19 June.

Denial of responsibility! NewsUpdate is an automatic aggregator around the global media. All the content are available free on Internet. We have just arranged it in one platform for educational purpose only. In each content, the hyperlink to the primary source is specified. All trademarks belong to their rightful owners, all materials to their authors. If you are the owner of the content and do not want us to publish your materials on our website, please contact us by email – [email protected]. The content will be deleted within 24 hours.
agreesAudiobest sports newsCurrent AffairsenglandjobMcCullumNews