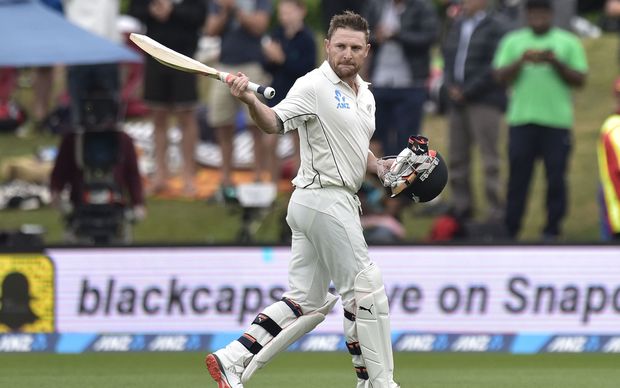 McCullum can bring back ‘fun and enjoyment’ for England cricket

For some time, there has been no sense of fun or enjoyment around England’s Test cricket.

When they were beaten by West Indies in Grenada in their final match of the winter – a defeat that extended a miserable run of form to only one win in 17 matches – we dragged ourselves away knowing they needed grabbing by the scruff of the neck.

Brendon McCullum – the surprise appointment as the new Test coach – is a man who can do just that.

I am so enthused by the arrival of the former New Zealand captain. It will send a bolt of excitement through the whole of English cricket.

It’s easy to associate McCullum with success in limited-overs cricket. He was such a swashbuckling presence at the top of the order.

Inadvertently, it was McCullum who inspired England to change their approach after they hit rock bottom at the 2015 World Cup, turning things around to lift the trophy four years later.

However, to think of the 40-year-old as a white-ball dasher does not do justice to a 101-Test career, in which he led the Black Caps on 31 occasions and scored 12 hundreds, one of which was a triple. In his last match, he signed off with a 54-ball ton – the fastest in Test history.

Yes, McCullum was an ultra-aggressive batsman in the mould of Chris Gayle and Virender Sehwag, but he was also one of the most astute and innovative captains of the modern era.

More importantly, he brought a mindset to the New Zealand team that put them on the path to being crowned as the inaugural World Test champions last year, under his successor as skipper, Kane Williamson.

It is the McCullum mindset that England, so bereft of belief and confidence, need right now. He has to get them thinking they are good enough, that they can take on all comers and succeed whatever the circumstances.

As he said on taking the job, McCullum is used to bringing in change and reversing fortunes. In his first Test as New Zealand captain, they were bowled out for 45 by South Africa.

The Black Caps’ rise to becoming a global force in all formats – they also reached the World Cup final under McCullum’s leadership – was done playing cricket in the correct manner.

McCullum believes in fairness, the spirit of the game and respecting opponents. It is the sort of attitude that will serve England well as they look to improve their performances. 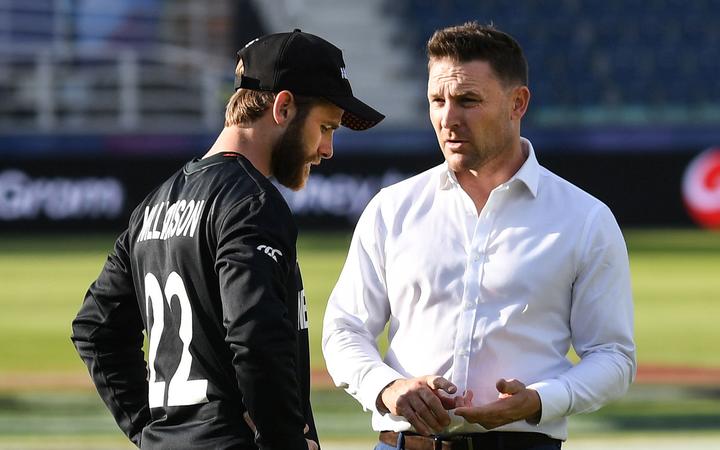 Brendon McCullum and Kane Williamson will be on opposing sides come the Black Caps test series against England.
Photo: PHOTOSPORT

Clearly, the fact McCullum has never coached a first-class team is something of a gamble, but that lack of coaching experience is more than covered by what he achieved as a player. The England team, plenty of whom will have come up against McCullum, will give him instant respect.

On top of all this is the tantalising prospect of McCullum’s partnership with new Test captain Ben Stokes. They are kindred spirits when it comes to never knowing when they are beaten, always wanting to be aggressive and looking to entertain crowds.

As a pair they will be a breath of fresh air for this England team, and their first match as a leadership duo will come with the added spice of being against New Zealand – McCullum’s home country and the land of Stokes’ birth.

In what has been a time of huge upheaval for English cricket, McCullum, Stokes and managing director Rob Key are now in place.

I thought Key – a man with a clear understanding of the English game – was a good appointment. When it came to naming a new captain he had little choice but to opt for Stokes, but the decision to make McCullum Test coach is bold, brave and fascinating.

Between them, Key, McCullum and Stokes have the huge task of once again making England a force to be reckoned with in Test cricket.

The forthcoming fixtures give them no place to hide. Home series against New Zealand and South Africa, along with the rearranged fifth Test against India, mean the summer will be incredibly tricky. The winter includes tough trips to Pakistan and New Zealand before the visit of Australia next year.

They are unlikely to fall into the trap of long-term planning which blighted the era of Ashley Giles and Chris Silverwood. England cannot worry about the matches taking place six months in the future, they just need to win games now.

For all the positivity of the new management team, the task of getting results will ultimately come down to the players. McCullum and Stokes will not be able to perform for them, but they should at least be able to fill their heads with the right things.

After such a dispiriting period, it feels like England are finally on to something.

Come the first week in June and the first Test against New Zealand, we will head to Lord’s with a spring in our step.

When was the last time we felt like that?

Denial of responsibility! NewsUpdate is an automatic aggregator around the global media. All the content are available free on Internet. We have just arranged it in one platform for educational purpose only. In each content, the hyperlink to the primary source is specified. All trademarks belong to their rightful owners, all materials to their authors. If you are the owner of the content and do not want us to publish your materials on our website, please contact us by email – [email protected]pdate.uk. The content will be deleted within 24 hours.
Audiobest sports newsBringCricketCurrent Affairsenglandenjoymentfun

Pokemon Home support for Legends and BDSP is imminent

State Of Play Returns Next Week, Will Include PlayStation…