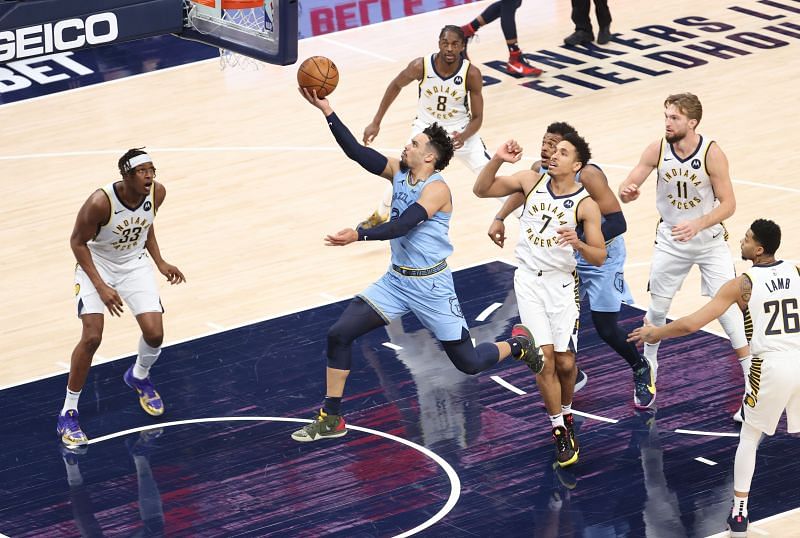 The Memphis Grizzlies will lock horns against the Indiana Pacers in an NBA 2021-22 preseason game at the Gainbridge Fieldhouse in Indiana on Wednesday. Both teams will look to continue their winning run in the preseason.

The Grizzlies are coming off an impressive 127-92 win over the Detroit Pistons. Meanwhile, the Pacers got the better of the Cleveland Cavaliers 109-100. A victory would help both teams get into rhythm ahead of the regular season, which commences on October 19.

The Memphis Grizzlies have been in stunning form this preseason. They have a 3-4 record in the preseason thus far, and are coming off a dominant showing against the Pistons. Ja Morant starred for the Grizzlies, scoring 24 points on 76.9% shooting from the field. He will hope to continue that form against the Pacers on Wednesday.

Another Grizzlies player who impressed against the Pistons was Jaren Jackson Jr. The youngster scored 20 points, and secured eight rebounds on 50 %shooting from the field. He also had a fabulous night from the three-point line, going 3-6 from beyond the arc.

The Grizzlies had as many as six players score at least ten points against the Pistons. They will hope to put up a similar performance during the regular season.

The Grizzlies have a dynamic young team for the 2021-22 season. They are led by the charismatic Ja Morant, who is looking to blossom into an All-Star this year.

Other players like Dillon Brooks, Kyle Anderson, Jaren Jackson Jr. and Steven Adams are also capable of putting up game-winning performances. If everything works out well for them and their players remain healthy, the Grizzlies could make a deep playoff run this season.

Having performed exceptionally well in the preseason, the Grizzlies will be strong favorites to come out with a win in this game. However, they will need another big performance from their young core if they want to continue their impressive preseason campaign.

Ja Morant had an impressive campaign in the 2020-21 season. He led the team to the playoffs, putting up some jaw-dropping performances. He averaged 30,2 PPG in the first-round series against the Jazz. Having already been to the playoffs before, he will look to take the Grizzlies back to the postseason.

The preseason has helped him get into rhythm ahead of the regular season. In the three preseason games he has played, Memphis have won all of them. Morant will hope to continue his good form against the Pacers on Wednesday.

The Indiana Pacers have secured a win and a loss in their two preseason games thus far. They are coming off a 109-100 win over the Cleveland Cavaliers. Malcolm Brogdon starred for the Pacers, scoring 27 points on a staggering 85.7% shooting from the field. He will hope to put up a similar show against the Grizzlies at home on Wednesday.

Myles Turner returned to the Pacers lineup, and racked up 11 points on the night. He looked a bit rusty, but come the regular season, fans should see him get those big blocks in games. Meanwhile, the double-double machine, Domantas Sabonis, continued his exploits, registering 14 points and ten rebounds on 62.5% shooting from the field.

The Pacers recruited Rick Carlisle as their head coach in the offseason. That is expected to bring about a significant change in the way the team could play during the regular season.

Preseason is the perfect chance for Carlisle to get to know the roster and choose his ideal starting lineup for the regular season. Having already played two games, the Pacers will look to close out the preseason with victories, and get themselves ready for the long regular season.

Domantas Sabonis has been a key player of the franchise ever since he arrived in 2017. His high work rate has helped the Pacers to victories on several occasions.

This season, too, he will look to help the franchise compete for a place in the playoffs. This preseason will be vital for him, as it will give him enough game time to get to know Carlisle’s system better and execute the same in the regular season.

Where to watch the Grizzlies vs Pacers game?

Streaming for preseason games is available on the official NBA app. A subscription to this app will give you access to all NBA preseason and regular-season games. The Grizzlies vs Pacers game will also be telecast on Bally Sports Indiana.

Denial of responsibility! NewsUpdate is an automatic aggregator around the global media. All the content are available free on Internet. We have just arranged it in one platform for educational purpose only. In each content, the hyperlink to the primary source is specified. All trademarks belong to their rightful owners, all materials to their authors. If you are the owner of the content and do not want us to publish your materials on our website, please contact us by email – [email protected]. The content will be deleted within 24 hours.
13thBasketballbest sports newsDomantas SabonisGrizzliesIndianaIndiana PacersJa Morant

Open Internet more at risk now than ever before: Twitter

Microsoft’s sleek Surface Laptop Go is on sale for…

Robot umpires are coming to baseball. Will they strike out?