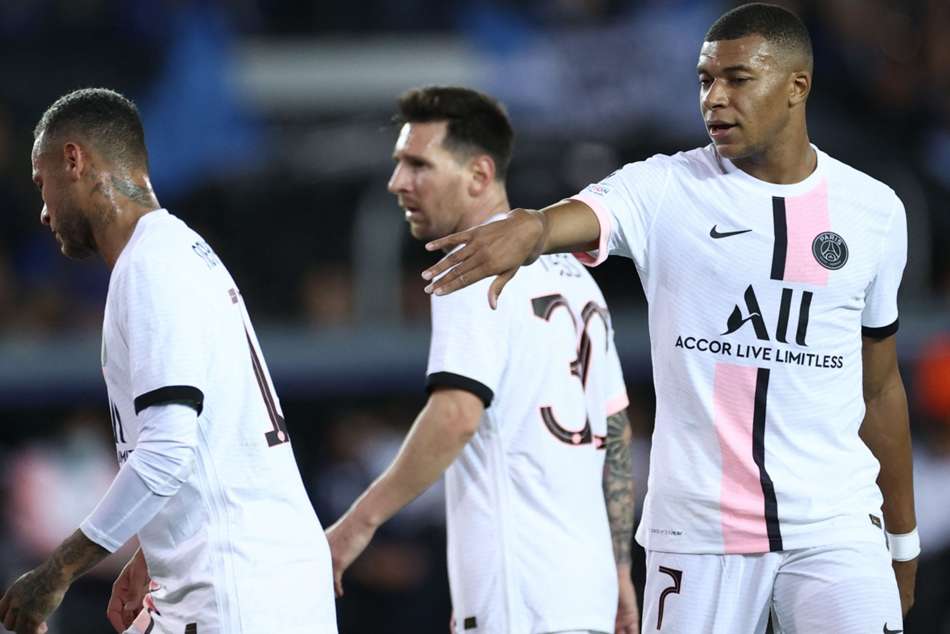 Messi, Neymar and Mbappe? I don’t know how to stop them – Guardiola

Assuming Messi is fit to feature, this match will be the first time he has gone up against his former boss Guardiola since the six-time Ballon d’Or winner departed Barcelona in August.

Although Messi was handed his Barca breakthrough by Frank Rijkaard, it was under Guardiola that he truly established himself among the best in the world.

He featured 47 times for Guardiola in the Champions League, 18 more than for any other coach, and scored 43 times at an average of one every 92 minutes — among managers he has played more than two games for in the competition, he has only netted with greater frequency under Tata Martino (79 minutes per goal, seven matches).

Of course, this will not be the first time Messi has faced a Guardiola team — he boasts an impressive record haul of six goals in four games against his former mentor, including a hat-trick when Barca beat City 4-0 back in October 2016.

“This type of player speaks for himself on the pitch,” Guardiola told a news conference on Monday. “I don’t have to add anything else.

“We are fortunate to see him in his 15, 16 years… I don’t know how many years since he turned professional.

“He speaks for himself. I don’t have to talk about him. What he’s done in his career is more than exceptional and hopefully tomorrow he can play for the good of the game.

“[Messi leaving Barca] was a surprise for everyone, but it happened and everyone accepts it.

“A long time ago or even few years ago you couldn’t imagine it, but you never know what happens. I’m pretty sure he’ll be happy there in Paris.”

Messi has got off to a slow start in France, with a late arrival due to the Copa America delaying his debut and then the first international break of the season interrupted his settling-in period. He also missed the win over Montpellier due to a minor knee knock.

As such, he has played just three times for PSG and is yet to score, but Guardiola knows all too well what Messi is capable of and believes Mauricio Pochettino’s front three have the talent to be up there with the best attacks he has faced.

“Both teams you mention had incredible players up front and good organisation and I think the manager from PSG can do it. The players they have upfront is the level of the previous teams I mentioned, of course they can do it.

“Football needs time, normally the people of football don’t give it to us, but of course the qualities of the players… For many years PSG always have top players, being conducted by top, top managers, that’s why always in the league, cups, Europe, they are there.

“We know exactly how difficult it is, maybe the most difficult, but at the same time we try to do our game knowing how good they are individually and collectively.”

Pressed on whether he had an idea of how to stop Messi, Neymar and Mbappe, Guardiola said with a resigned chuckle: “I don’t know, with this amount of quality I don’t know what we should do to stop them.

“Honestly, they’re so good. This amount of talent altogether to be controlled, it’s so difficult. We try to defend well when we don’t have the ball and try to let them run when we have the ball.

“They’re exceptional players, everyone knows it. Individually they are so good, they can combine and connect with each other.

“The three players up front they can do whatever they want, play wide, narrow, one right and one left, they can combine well and have the quality.

“The talent cannot be stopped — we have to do it as a team. Individually we cannot put the pressure on one player to solve the skills and talents they have.

“We have to be compact, together and help each other, know we are going to suffer and be in pain, and how you handle the pain in these moments…you have to be able to suffer for 90 minutes.”

Denial of responsibility! NewsUpdate is an automatic aggregator around the global media. All the content are available free on Internet. We have just arranged it in one platform for educational purpose only. In each content, the hyperlink to the primary source is specified. All trademarks belong to their rightful owners, all materials to their authors. If you are the owner of the content and do not want us to publish your materials on our website, please contact us by email – [email protected]. The content will be deleted within 24 hours.
best sports newsdontGuardiolaMbappeMessinews update sportsnewsupdateNeymar

kuo: Apple Silicon MacBook shipments to be cut by 15% in the first half of 2022, claims tech analyst – Times of India

A new Microsoft Store: What does it mean for you and your business? A lot, actually