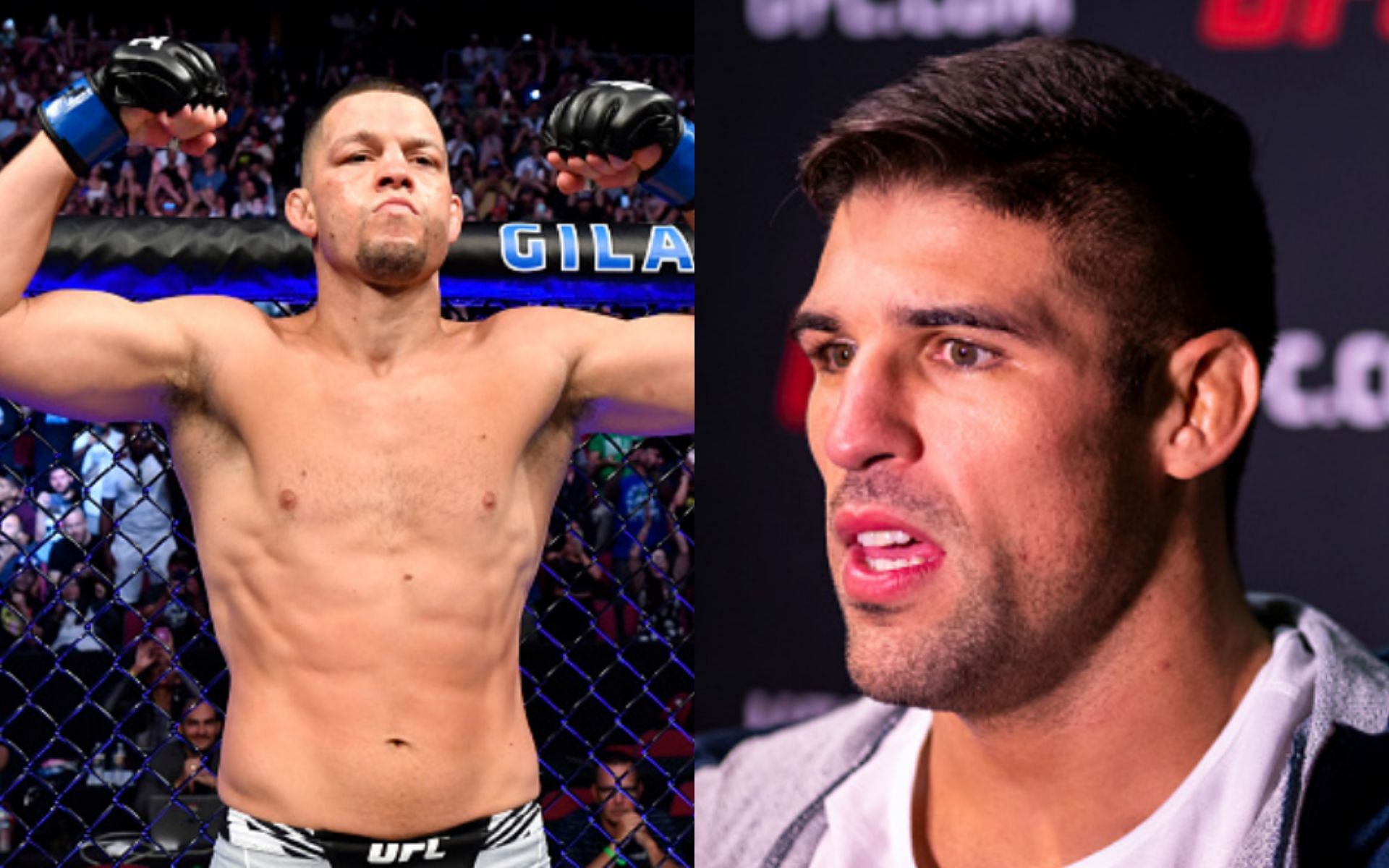 Michael Bisping has opened up on why a potential fight between Nate Diaz and Vicente Luque makes sense. ‘The Count’ insinuated that a win over Vicente Luque would be another feather in the cap for Nate Diaz.

Alternatively, he believes a win over Diaz would catapult Luque into a UFC welterweight title fight. In a video posted to the official Michael Bisping YouTube channel, UFC Hall of Famer Michael Bisping praised both Nate Diaz and Vicente Luque. Bisping stated:

“Now, there is a potential fight on the docket, shall we say? Nate Diaz, Vicente Luque – Sign me the f**k up. I mean, that is a fight I want to see. It’s an absolutely huge fight. It all started when Nate Diaz went out there and he put out a tweet; something like, ‘Everyone’s scared. There’s no one here. There’s no one here.’ And then, Ali Abdelaziz, who manages Vicente Luque, he came back and was like, ‘Hold on. There’s Vicente there.’”

“So, anyway, now, apparently, them two might be on a collision course. And if you speak to Vicente Luque, he’s actually out there telling the media that he’s already training for Nate Diaz. So, I mean, we haven’t got a date or anything like that. But Vicente says he’s training for Nate Diaz. What a fight! And I’m gonna say, you know, for Vicente Luque, he’s won 10 out of the last 11. Does he need to fight Nate Diaz? Probably not, you know. But beating Nate Diaz and beating him in style would almost solidify that title fight.”

Michael Bisping also pointed out that there are a few other welterweights as well who are currently in the title picture. ‘The Count’ indicated that the winner of the rumored Khamzat Chimaev vs. Gilbert Burns matchup, or Leon Edwards could fight reigning UFC welterweight champion Kamaru Usman next.

Watch Michael Bisping address a possible Nate Diaz vs. Vicente Luque matchup in the video below:

MMA legend and longtime UFC megastar Nate Diaz has just one fight left on his current contract with the UFC. On that note, UFC president Dana White has purportedly offered Diaz rising star Khamzat Chimaev next. Nevertheless, Diaz seemed uninterested in that matchup.

Nate Diaz has consistently maintained that he could return to the octagon very soon, likely this December. The consensus in the combat sports world is that Diaz might fight out his UFC contract and try his hand at boxing.

Denial of responsibility! NewsUpdate is an automatic aggregator around the global media. All the content are available free on Internet. We have just arranged it in one platform for educational purpose only. In each content, the hyperlink to the primary source is specified. All trademarks belong to their rightful owners, all materials to their authors. If you are the owner of the content and do not want us to publish your materials on our website, please contact us by email – [email protected]. The content will be deleted within 24 hours.
best sports newsBispingDiazExplainsFightLuqueMichaelMMA

What is the Lunar Client for Minecraft?

Will Neil Wagner get to play in Mumbai?