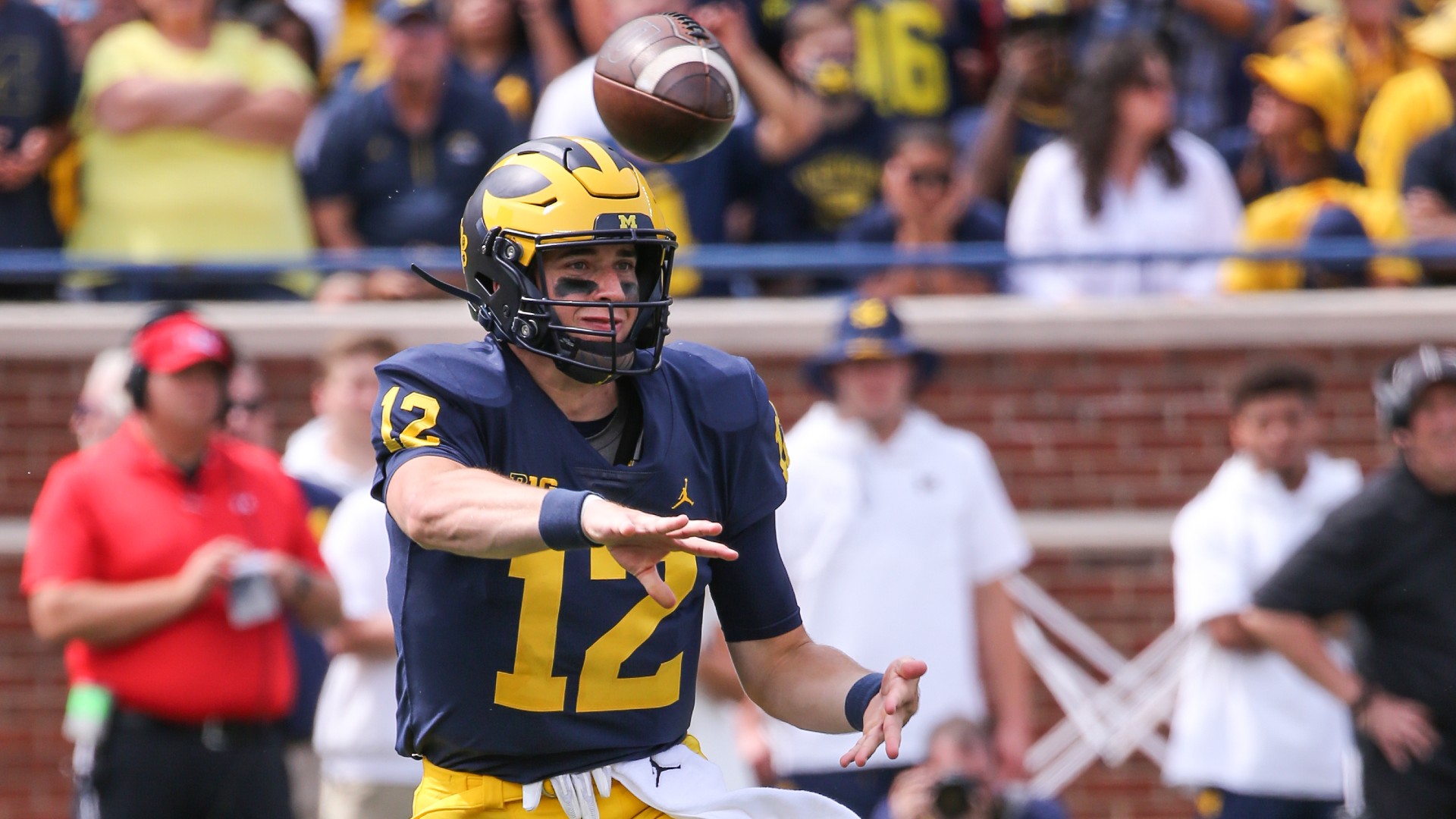 Washington travels to the Big House for a prime-time matchup with Michigan on Saturday.

This Big Ten-Pac-12 matchup at Michigan Stadium is scheduled for 8 p.m. on ABC.

The Huskies were ranked in the AP Preseason Top 25 before being knocked off by FCS Montana 13-7 in the opener. Washington second-year coach Jimmy Lake has a chance to erase that with a road victory against the Wolverines, and quarterback Dylan Morris will have to shake off a three-interception performance in Week 1.

For Michigan, this is a must-win non-conference game under sixth-year coach Jim Harbaugh. The Wolverines rolled to a 47-14 victory in their opener, but that was tempered by the loss of star receiver Ronnie Bell to a torn ACL. The Wolverines are expecting Washington’s best shot in the schools’ first meeting since 2002. Michigan won that 31-29 thriller on a last-second field goal by Philip Brabbs.

MORE: Week 2 picks against the spread for all Top 25 games

With that in mind, here is everything to know about betting on the prime-time showdown between the Huskies and Wolverines:

— For the notion that Pac-12 teams can’t travel to the Midwest and win: Big Ten teams are just 8-6 in home games against Pac-12 schools since 2014.

— Michigan’s running game. Despite the loss, Washington allowed just 222 yards and nine first downs to Montana. The linebackers are nasty, and Jackson Sirmon and Edefuan Ulofoshio can be difference-makers at the second level. Michigan’s tandem of Blake Corum and Hassan Haskins combined for 181 rushing yards and two TDs against the Broncos. How real was that success? We’re about to find out.

— Washington’s bounce-back. Morris threw three interceptions, and the Huskies could not generate much of a running game against Montana. How will they adjust against a new-look defense led by defensive coordinator Mike Macdonald, which limited the big plays that haunted this defense in 2020. The Huskies need to get off to a fast start in this one to build that confidence.

— Freshman QB phenom talk. Morris is in at quarterback, but there will be telecast talk about five-star freshman Sam Huard, a legacy recruit still fighting for reps at practice. If Washington falls behind, might Huard make his debut? On the other side, Michigan freshman five-star freshman J.J. McCarthy showed his live arm in the opener against Western Michigan. Cade McNamara is the starter, but McCarthy remains in the picture.

Michigan did not play a night game at home until 2011, and the Wolverines are now 7-2 in that situation. It’s become a fun tradition for Michigan, even if the last one ended in a 49-11 loss to Wisconsin in 2020.

Washington is the first visiting Power 5 conference team for a night game, and perhaps a harbinger for future matchups with the alliance between the conferences.

Neither the Huskies nor Wolverines produced a turnover in their opener, so that’s something that could turn this game. Don’t be surprised if Washington takes an early lead behind a more-efficient Morris, and the Huskies might hold that lead into halftime.

McNamara needs a go-to receiver to step up, and that might take time. The Wolverines, however, get enough out of the running game to pull ahead in the second half, and safety Daxton Hill comes up with that turnover in crunch time. Michigan wins, but it’s not easy.

Denial of responsibility! NewsUpdate is an automatic aggregator around the global media. All the content are available free on Internet. We have just arranged it in one platform for educational purpose only. In each content, the hyperlink to the primary source is specified. All trademarks belong to their rightful owners, all materials to their authors. If you are the owner of the content and do not want us to publish your materials on our website, please contact us by email – [email protected]. The content will be deleted within 24 hours.
Loading...
Loading...
best sports newsbettingCollegeFootballGameMichigannews update sportsnewsupdate