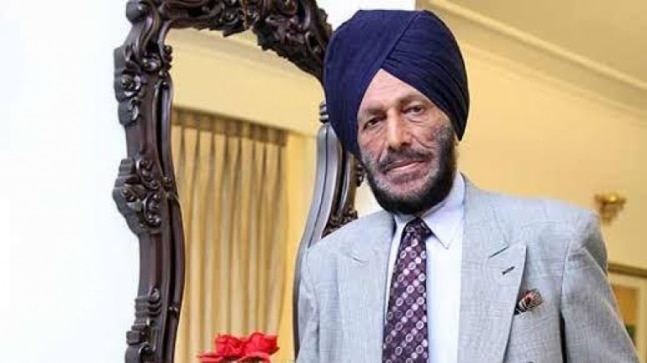 PGI Chandigarh on Saturday shared a picture of legendary athlete Milkha Singh and informed that his condition is improving continuously. The 91-year-old was readmitted to the hospital on Thursday with dipping oxygen level.

Sharing pictures of legendary athlete Milkha Singh, who is battling Covid-19, Chandigarh PGIMER has said that condition of the 91-year-old continues to improve.

Milkha Singh, the four-time Asian Games gold medallist and 1958 Commonwealth Games champion, was readmitted on Thursday with dipping oxygen level. Earlier, on the request of his family, he was discharged from a Mohali hospital. Milkha Singh is under observation but is stable at the moment, the hospital had earlier said.

“Milkha Singh has been admitted in ICU in Covid Hospital of PGIMER at 3.35 pm.today due to dipping levels of oxygen.He has been kept under observation and is stable now,” Prof Ashok Kumar, Official Spokesperson of PGIMER had said in a statement.

Milkha Singh was in stable condition when he was discharged from the Mohali hospital last month. He was in isolation and on oxygen support at his home after being discharged. Meanwhile, his wife, Nirmal Milkha Singh has been receiving treatment in the ICU for Covid-19 due to fluctuating oxygen levels.

Notably, Milkha Singh’s son and ace golfer, Jeev Milkha Singh, flew down to Chandigarh from Dubai last week. His daughter, Mona Milkha Singh, who is a doctor in the United States, also flew to India to support the legendary athlete. It has vee learnt that Milkha and his wife are being treated for Covid pneumonia.

On Friday, Prime Minister Narendra Modi spoke to the sprint legend and inquired about his health. PM Modi wished Milkha Singh a speedy recovery and hoped he will be back soon to bless and inspire the athletes who are participating in the Tokyo Olympics.

Denial of responsibility! NewsUpdate is an automatic aggregator around the global media. All the content are available free on Internet. We have just arranged it in one platform for educational purpose only. In each content, the hyperlink to the primary source is specified. All trademarks belong to their rightful owners, all materials to their authors. If you are the owner of the content and do not want us to publish your materials on our website, please contact us by email – [email protected]. The content will be deleted within 24 hours.
Loading...
athletebest sports newsChandigarhconditioncontinuesimproveLegendaryMilkha