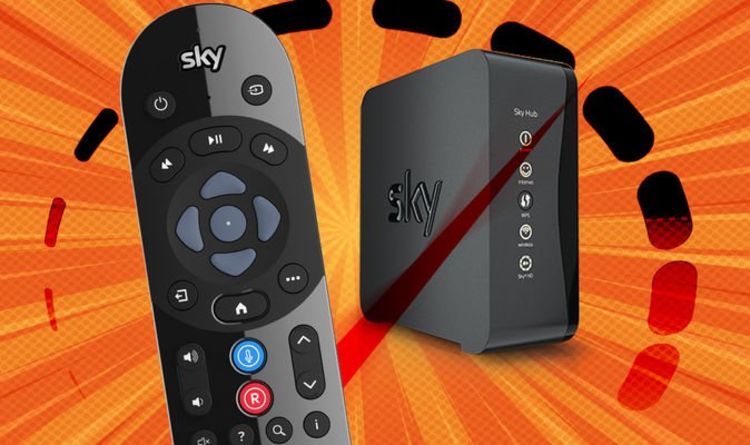 Sky could be planning to switch millions of its customers from BT’s Openreach over to rival Virgin Media’s fibre broadband infrastructure. The move, which was first mooted by the incredibly reliable internet-centric blog ISPreview, is supposedly subject to Virgin Media merging with mobile network O2. Despite some concerns about the joint venture raising prices for customers, the Competition and Markets Authority (CMA) this week approved the deal.

With the £31 billion deal approved and Virgin Media and O2 now clear to become a single company, it’s possible Sky broadband customers have – unknowingly – taken a step closer to an upgrade to gigabit-capable internet.

Why would Virgin Media let customers from another company take advantage of its super-fast broadband speeds? Well, the newly-merged Virgin Media-O2 looks set to establish itself as a wholesale competitor to Openreach. For those who don’t know Openreach, a subsidiary of BT, manages a huge portion of the UK’s landline and broadband infrastructure. These cables are used by BT, as well as other brands, like Sky, EE, TalkTalk, Plusnet, Shell Energy, Vodafone, Post Office, and more.

That’s why switching from a broadband contract between BT and Plusnet won’t require a visit from an engineer – but a move to Virgin Media almost certainly will. The former use the same cables, so all you’re doing is plugging in a router with some different branding and sending your Direct Debit to a different account. Unfortunately, this also means that if Openreach hasn’t upgraded the broadband speeds in your area… you won’t be able to get a better connection from any of the biggest brands.

With 4.6 million premises connected with future-proofed gigabit-capable broadband from Openreach, the BT-owned company is making good progress. In its latest quarterly earnings, it confirmed plans to reach 20 million premises by the mid- to late-2020s.

That’s a big target, but unbelievably, it still might not be enough to keep up with Virgin Media. At the last count, Virgin Media was on-track to have 16 million homes across the UK wired-up with its gigabit-capable fibre broadband by the end of this year. It’s also announced plans to expand to another 7 million homes soon.

For Sky, which has been relying on Openreach for years, it’s not difficult to see the satellite broadcaster might be tempted to look elsewhere to ensure its customers have the fastest possible connection. While the average home broadband speed in the UK stands at 80Mbps, gigabit-capable connections top-out at over 1,000Mbps.

Aside from faster internet for its broadband customers, there could be another reason that Sky wants to switch from Openreach to Virgin Media. The satellite broadcaster has previously announced ambitions to offer its Sky Q telly system without the need for a satellite dish on the outside of your house. To bring thousands of channels, sporting fixtures in 4K resolution, and more, over a single broadband connection – without impacting the internet speeds to every other device in the house – Sky will, presumably, need some serious bandwidth to offer the same Sky Q telly experience as its satellite dish.

Since the initial announcement back in 2017, Sky has gone quiet about plans to untether Sky Q from its dish. With millions more homes connected with gigabit-capable broadband, could the Virgin Media infrastructure finally allow Sky to start to realise its four-year-old plan?

Regardless, with UK regulators approving the £31 billion merger between Virgin Media and O2, it does seem like the chess pieces are starting to come together for the new joint venture to truly challenge Openreach. More competition is likely to be a good thing for broadband customers nationwide. After all, if new broadband providers are able to piggyback on the full-fibre cables already buried under streets and homes across the UK, they have the ability to scale much quicker.

Just as we’ve seen dozens of broadband firms flourish and compete on price on Openreach’s broadband infrastructure, the same could now happen with the future-proofed gigabit-capable cables weaving their way across the UK.

We’ll have to wait a little longer to see whether the tipsters talking to ISPreview are correct about Sky being front of the queue to partner with Virgin Media and leverage its super-fast network. But we’d imagine there are plenty of Sky broadband customers chugging along with 50Mbps speeds who have their fingers firmly crossed.

Denial of responsibility! NewsUpdate is an automatic aggregator around the global media. All the content are available free on Internet. We have just arranged it in one platform for educational purpose only. In each content, the hyperlink to the primary source is specified. All trademarks belong to their rightful owners, all materials to their authors. If you are the owner of the content and do not want us to publish your materials on our website, please contact us by email – [email protected]. The content will be deleted within 24 hours.
best technology newsbroadbandclosercolossalcustomersmightvemillionsnews update tech

APIs, microservices succeed as long as the organization doesn’t get in the way | ZDNet